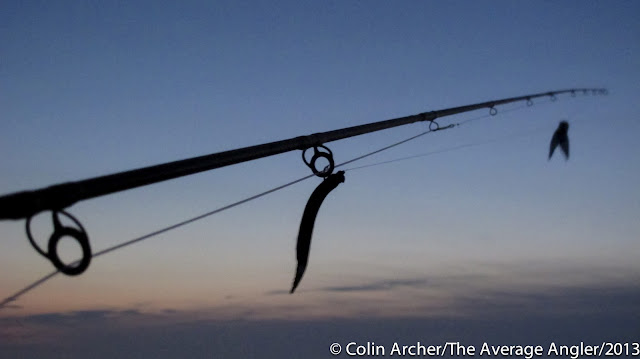 After having spent he last week fishing the same towns I took a pre-dawn drive and picked some new water to fish. With low tide at 6 am I was out early enough to catch the end of the ebbing tide. After a few casts I was met by fellow fly angler Joe who gave me a new fly that he tied up and has been using. You can see more below. 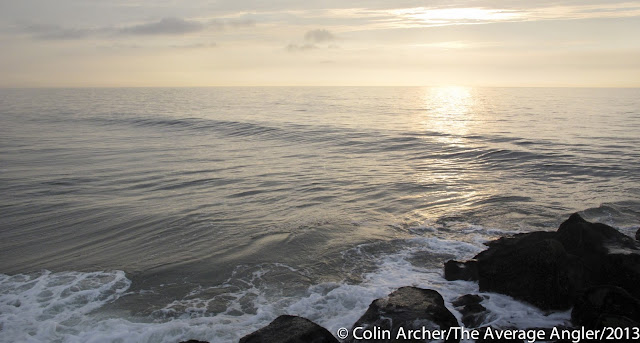 I decided to go with a dry-dropper approach this morning, trailing a velvet sand eel pattern behind a popper. With Joe on the rocks I took the beach and battled a flurry of waves breaking at my stripping basket level. I had two fish splash and tail slap the popper and just waited for one of them to go tight on the trailer. I watched as Joe caught a pair of small bass tight to the rocks.
After a bit we switched and continued with the combo but switched to a small chartreuse and white Deciever. Casting behind the waves and into the white water I had a good visual blow up but didn't get tight on the bass. I would have to say I would take missed bass on top rather fish that take Clousers anyday. I, like many, love the visuals of topwater action.
By 730 the surfers and kayakers and beach walkers had started to fill beach and water which was empty just a few hours before. 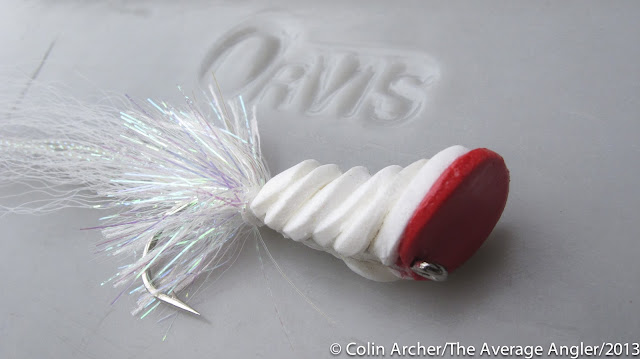 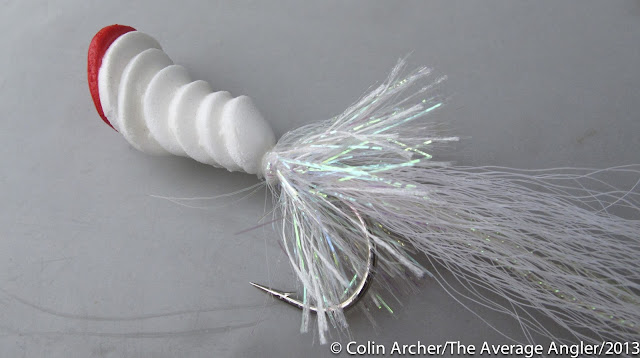 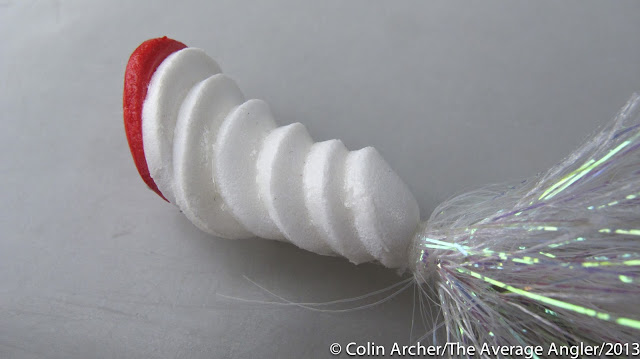 I had first seen this fly tied with sheet foam in a video made by fellow Orvis endorsed fly fishing guide Capt. Matt Thomas, HERE.  It uses graduated sheet foam discs creating a nice cupped front that moves nice water. It had flash tied in tailed with bucktail. Joe, who gave me the fly this morning, is a great tyer and has shared several of his patterns he has developed over the years. I look forward to getting this wet on another popper kind of morning.

Here is the video of the tie-

And it catching Louisiana redfish-