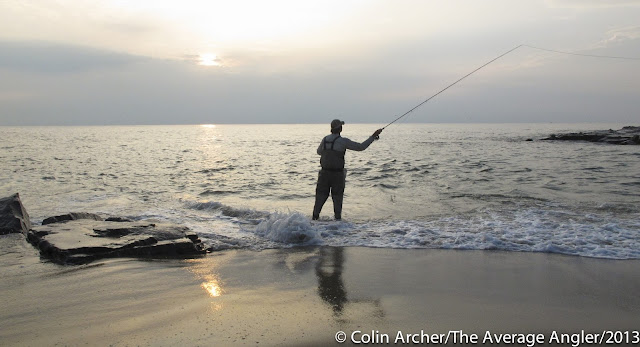 Had Dan from Virginia up at  430 am for some striped bass fishing while he vacations on the Jersey Shore. Dan wanted to get a taste of the salt before heading out to school in Missoula, Montana.....think he'll be fishing out there?
We met at the boardwalk and quickly set up and hit the beach. With the end of the incoming we had plenty of big waves and white around to fish into. He started with a popper and worked hard casting to and around the series of notched groins that we hit. We also dropped down with a Clouser when the sun came up but didn't get a touch. In the early light a spin angler walked past with a keeper bass that he caught on a black swimmer, which was encouraging, at least for a while. 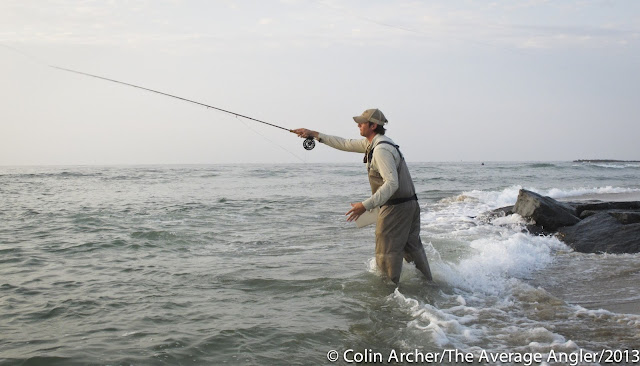 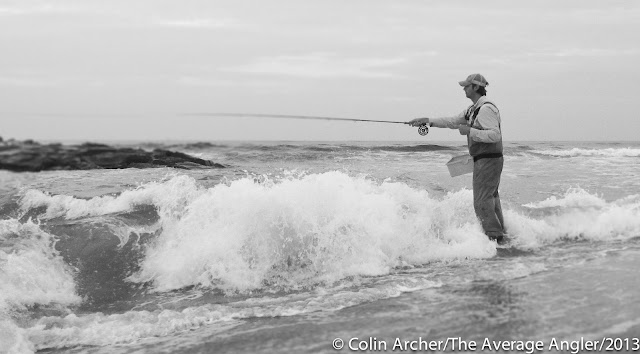 As the tide ebbed the water looked great and fishy and we moved down a town and got out and up on a groin. We started from the beach and worked our way to the tip and around and did that twice over a few hours with just one take for his hard work. He thought he was hooked on the bottom and handed me the rod to free it, but it was a fish and after giving him back the rod it came unbuttoned.
Dan had a few firsts this year as far as fly fishing goes. He had his first Upper Delaware float trip with Joe Demalderis and his first time fly fishing the salt water. He did a great job and quickly picked up casting a heavier rod with floating to sinking lines and in using a stripping basket, all in some big close water.
I am sure he will have plenty of time to hit the rivers of Montana but hope one day he gets to return to the Jersey Shore salt where we can put him on a better pick of fish. I do know he fell in love with the Upper Delaware and will no doubt return there some day. 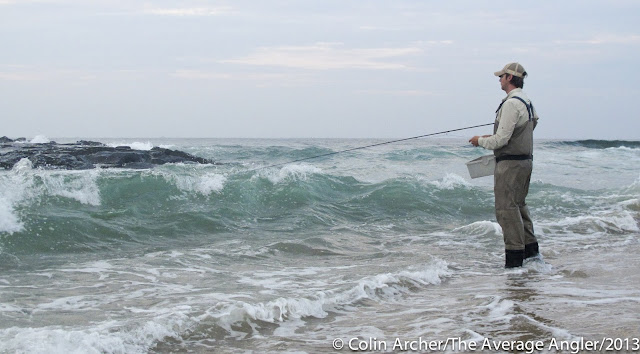 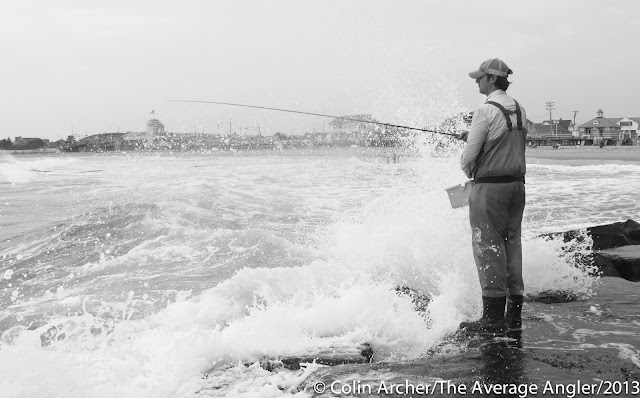 Posted by The Average Angler at 10:03 AM