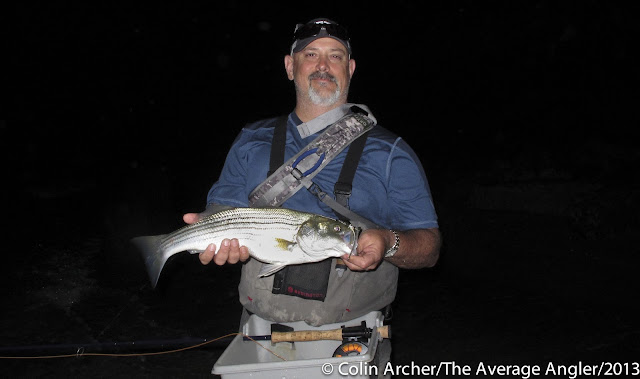 I met Chris at the Ramsey Outdoor Cabin Fever Day in the spring and this week he was down on vacation and gave me a call to fish. After looking at the forecast calling for a swing in the wind and a NE blow I let Chris know that I was thinking of getting out early, real early. With low tide at 350 am and a big surf coming we had a line wet by 4 am. On the beach it was around 65 degrees with a steady NE wind blowing 10-15 which went to 15-20.

We started casting in the dark after finding a place on the beach with some water and current. Within a few casts we dropped a fish and landed a small fluke which came off as I reached for it. Chris continued to "blind cast" and hooked and landed his first striped bass on the fly. We went back at them and slowly got chased back to the beach as the tide and swells rolled in.
We moved up to the rocks and worked the south side without a surprising bite. The water looked great and there was all the white water you wanted. In fact, there was water everywhere. We had it raining down on us while on the rocks and crashing onto our chests while we waded the beach. By the end of the morning we were both saturated.

We worked the beach between the groins and as light came up we were joined by another fly fisher and a spin angler who caught schoolies in the wash. Through the session Chris had a few flashes behind the fly and just before we ended and after 5,000 casts he came tight but we were caught off guard and the fish spit the Clouser before he could set the hook.
It was a great morning in fall-like conditions and not an easy go even for someone used to fishing these types of conditions. This was a great primer for Chris for the upcoming fall season as big water, waves every 1-3 seconds, and stiff winds come with baitfish and striped bass in the wash. 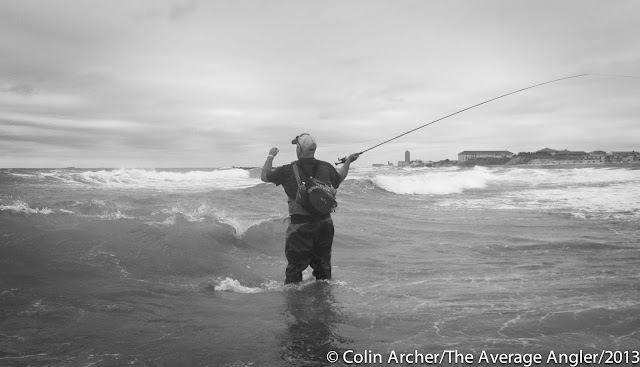 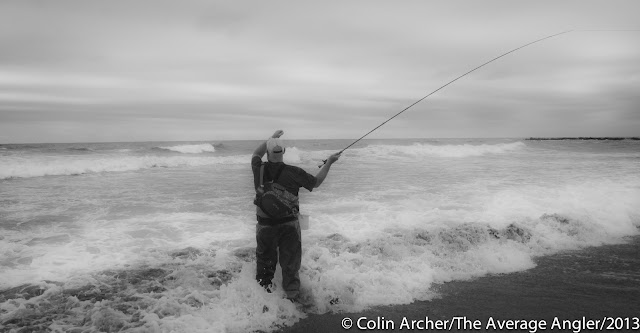 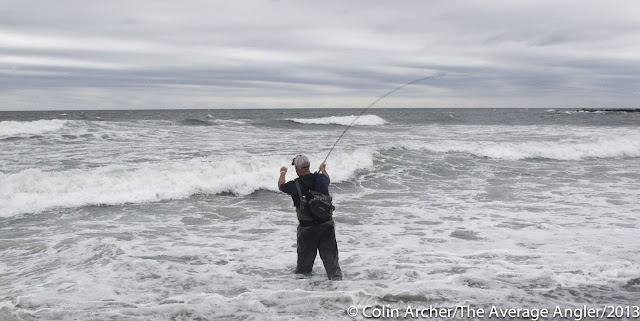 Posted by The Average Angler at 10:29 AM