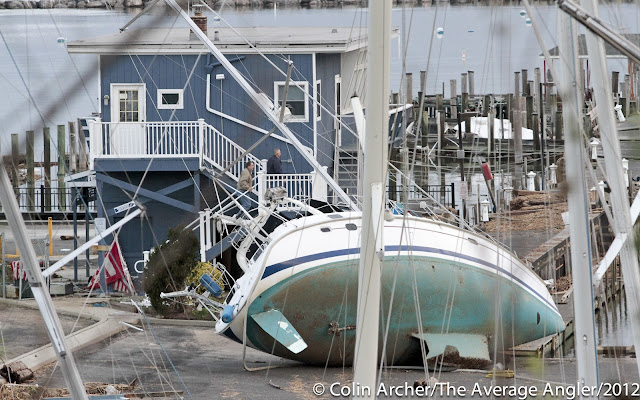 Went on a mission today to find a friend's boat down at the Atlantic Highlands Municipal Marina. Got down there after a dark ride around 630 and spoke with the cop at the entrance who said the marina was locked down, and that the National Guard was patrolling the parking lot and marina. I tried to find several ways down to see if I could see it and take pictures of it for him to see. (Continued) 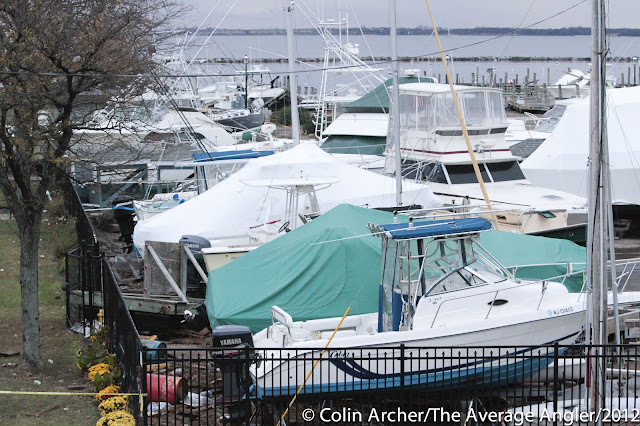 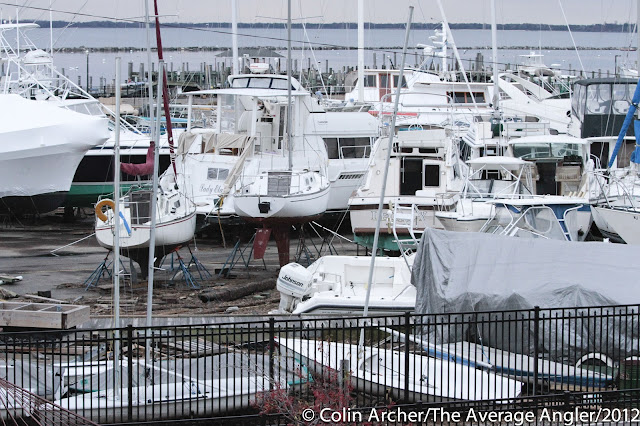 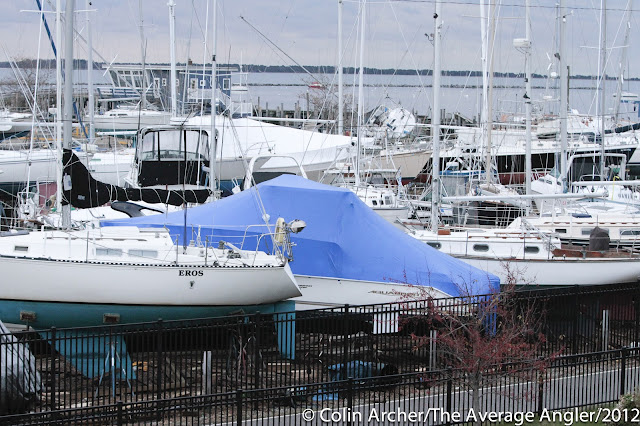 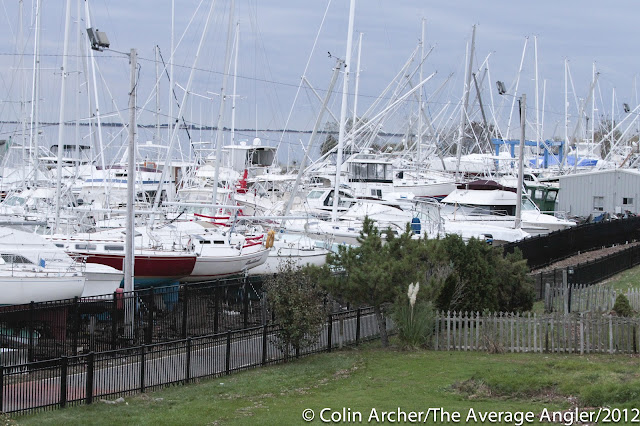 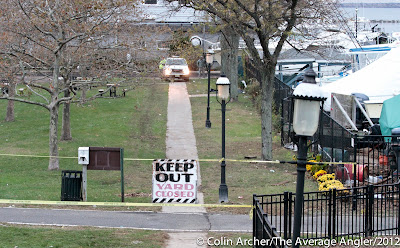 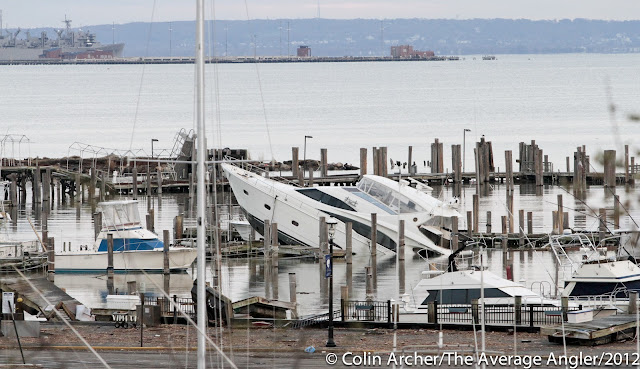 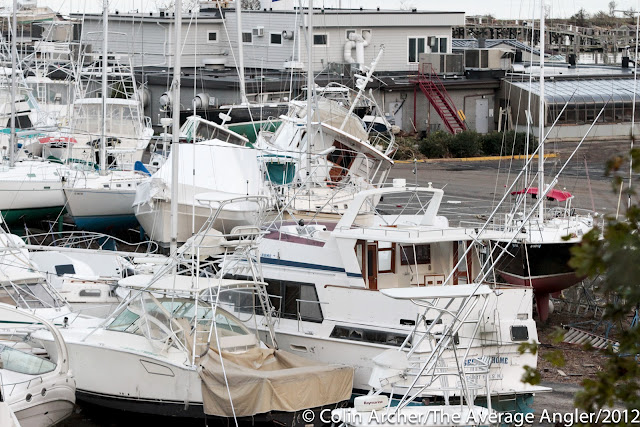 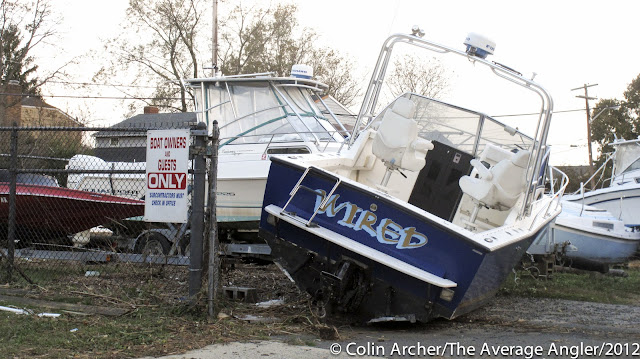 On my way home stopped at this scene on the Middletown side of the Oceanic Bridge. Even though there was damage and destruction about, I found several dolphin chasing bunker just west of the bridge. 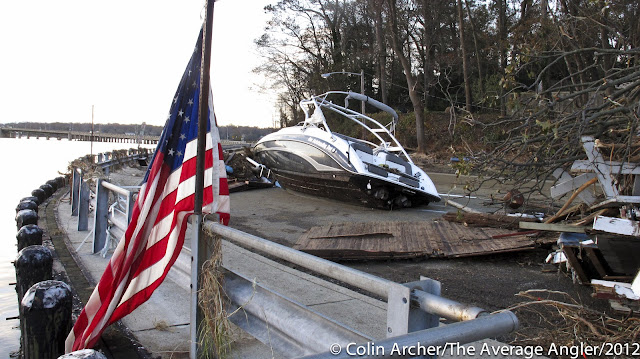 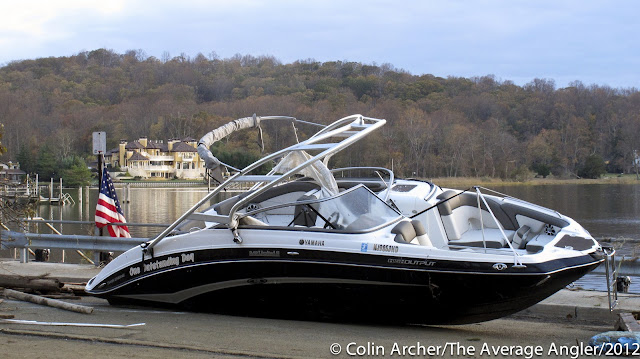 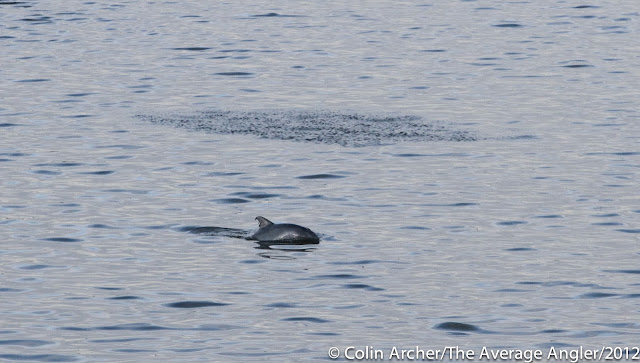 Got lucky to find a gas station in Tinton Falls that had power and gas. Lucky for me I was about the 13th car in line of about 250 cars lining Water Street. 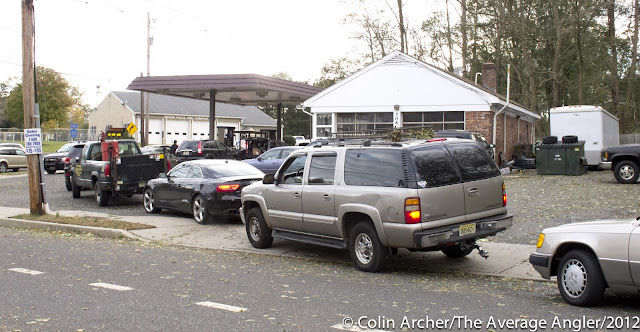 Posted by The Average Angler at 11:30 AM