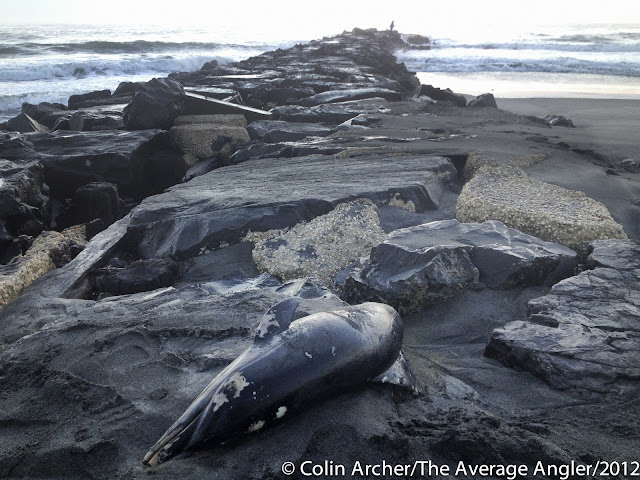 Got out at first light this morning, knowing in my heart of hearts that it would, could, and should be slow. The tide was just starting to move so I made my way out onto the end of the rocks in an attempt to find a striper in the whitewater of the incoming tide. I fished one groin for a bit, and then moved to another. Something caught my eye as I looked up from the wash and it was a dead common dolphin. 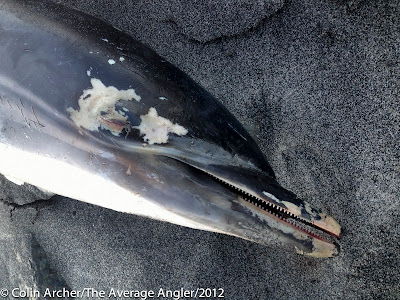 Last year I was on assignment for New Jersey Monthly magazine for a story, you can read it HERE,  on the Marine Mammal Stranding Center located just outside of Atlantic City in Brigantine. I followed the story from the center to a seal release in Tuckerton. It was during that time that one of the volunteers told me to put the Center's number in my phone in case I should ever find a injured, dead or dying seal, whale or dolphin. So this morning I called the number, 609- 266-0538, and spoke with one of the volunteers who asked me questions about the dolphin and it's location. She said that someone from the center would be up during the morning to investigate the death. On my way home I stopped by the police department to let them know the Center was notified and would be responding.
If you spend a lot of time on the beach you should put the number in your phone just in case, 609- 266-0538. Below are a few pics from the Marine Mammal Stranding Center's seal release from last year, 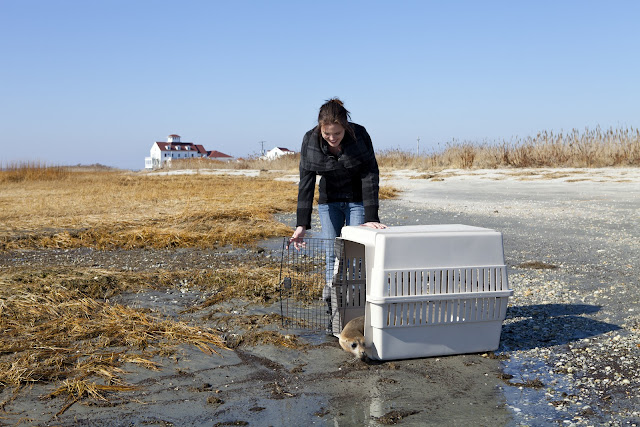 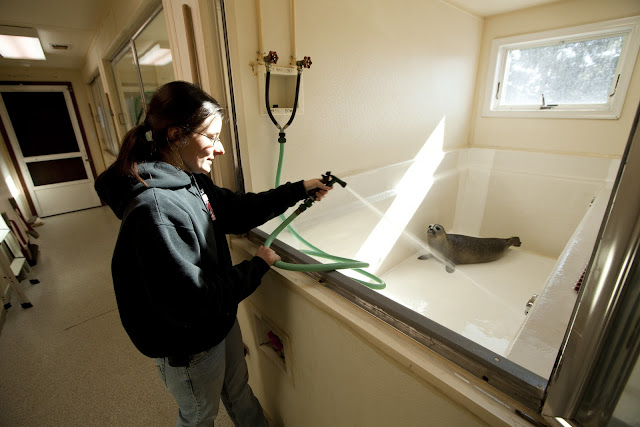 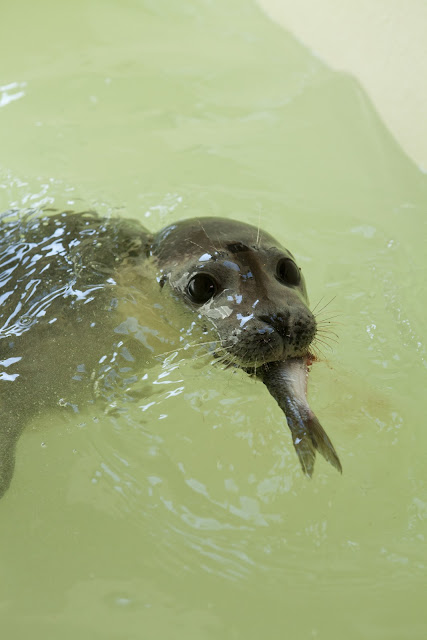 Posted by The Average Angler at 8:30 AM