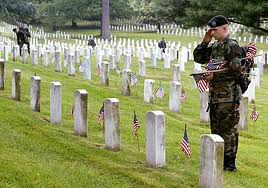 Placing flags at Arlington National Cemetery
Let us remember and thank all of our fallen U.S. service members today who gave the ultimate sacrifice for our Country's freedom, past, present, and future. It is because of them and the others who serve that we are all able to be free and live in the greatest country on earth! 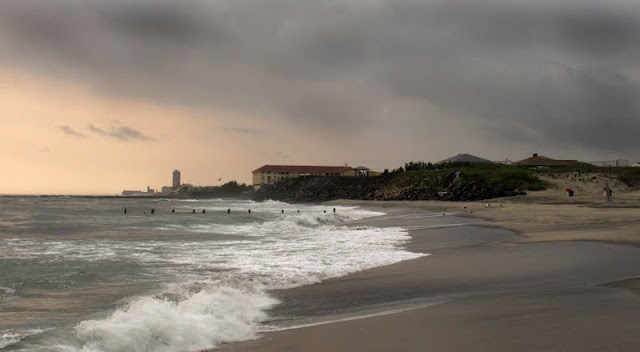 Weather moving in over Deal from the west
On a lighter note. Went out today around 5am catching the high and then outgoing tide. Fished the end of Brighton. It was a beautiful morning with a light south wind. I turned to check my backcast and found the sky behind me an ominous gray and black, and then wind turned from the west. About 15 minutes later the heavens opened up and lightning started to fly. I waited it out with a few regulars and after wards it cleared up pretty quickly. I fished Phillips with no result but did see a guy get a short on Brighton. I drove down to Allenhurst and saw guys arm to arm both there and at 8th Ave as pods of bunker where just out of casting range, with no signs of fish on them. There were about 150 boats back and forth from Deal down to Bradley Beach. I was on them with the binoculars but didn't see any fish caught, except for one from the groin below the beach club in Allenhurst, and that one looked just, just, about 28 inches. It was filleted quickly and put in the cooler. I suppose the fish will make a push later, if the boats will allow.
Posted by The Average Angler at 11:56 AM