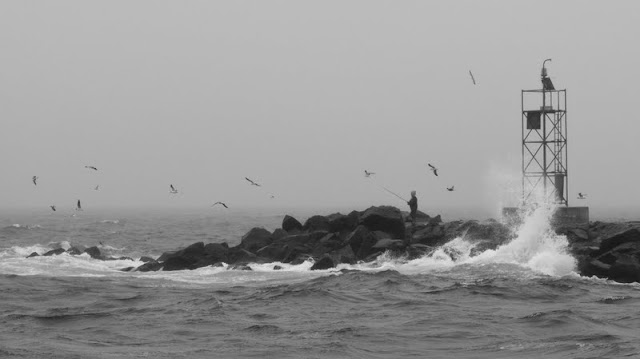 Shark River Inlet
Busy day with a photo shoot for Cooking Wild magazine but I took a ride down to Shark River Inlet to see if anything was going on. Lots of clouds and fog with a light rain and 10 SE wind with sea temps at 57 degrees. Found some anglers soaking clams for stripers and squid for flounder. The only fish taken were four sundials a guy had swimming in a depression in the rocks on the jetty. I did see a bunch of birds working the south jetty where one lone angler made repeated casts with no luck. 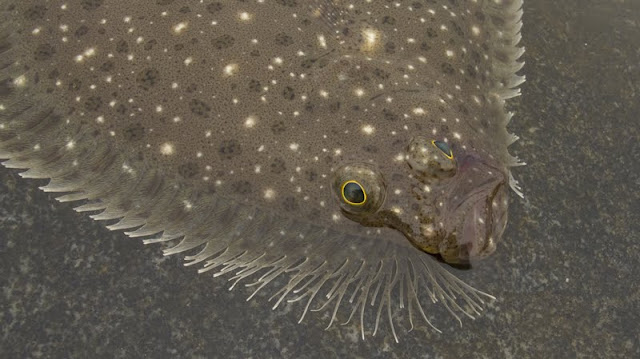 Sundial
My assignment today was to shoot Chef Matt Cosenza as he made Bluefish Cakes ( fantastic! ) with fried onions and a pepper cole slaw. That will be in the summer issue. Tomorrow I have to go out and catch, and then shoot, a bluefish to go with the story.
Posted by The Average Angler at 9:28 PM