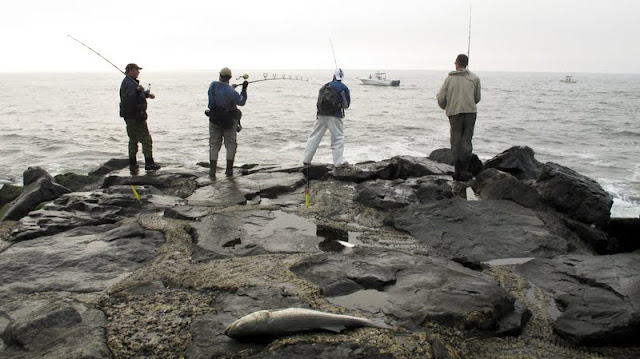 As I fished my way last evening fishing from IBSP to Mansquan to Avon, things were blowing up a little further north on the beaches. I spoke with a guy this morning who was at Pull man when big hungry cows pushed bunker up onto the beach. He got a 38 pound fish and his buddy a 52 pounder, all in the wash. He had pictures to prove it, and his other four friends were in the frame with big fish.
This morning at 5 am I fished Deal all alone for about and hour. A few guys came later but it was quiet. I drove into Long Branch to check the horizon and it was flat. On my way home I stopped by Allenhurst and saw a few guys on the end of the groin and a boat parked tight with a fish on. Mmmm. Bunker must be  close and fish are on them. So I geared up and made my way down. Within 10 minutes the fish were blowing up between the boats and beach. Guys were throwing big swimmers and plugs 1/4 mile out and one guy hooked a 25 pound fish as soon as his lure hit the water. This all happened when the wind shifted from the south to the east, bringing with it fog cover. Then an hour later it changed back to the south and things shut down. 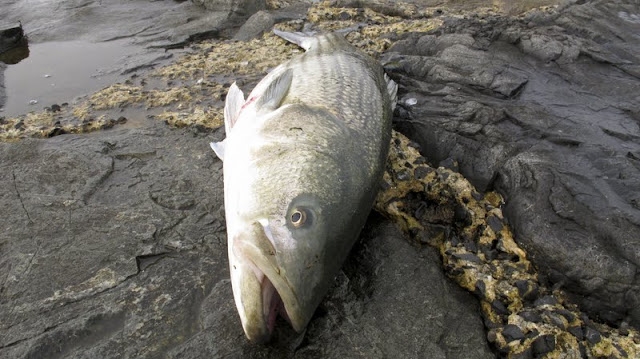 Posted by The Average Angler at 8:41 AM