05.17.11 A search for bluefish during the snottiest part of the day

Plum Island, Sandy Hook- Shrewsbury River
Today I was on a quest to catch a bluefish. I have a hard deadline for the story on bluefish cakes for Cooking Wild  magazine. I started out the day on the outside, stopping by Phillips in Deal only to find chocolate milk surf and plenty of hard gusts. I then made a move to the inside, stopping by the Oceanic Bridge in Rumson only to find lots of chop, a little less wind, and no signs of fish. It was then on to Leonardo next to the marina near the Earle Naval pier, which is always a hotspot, only to find a little less stained water and high winds. 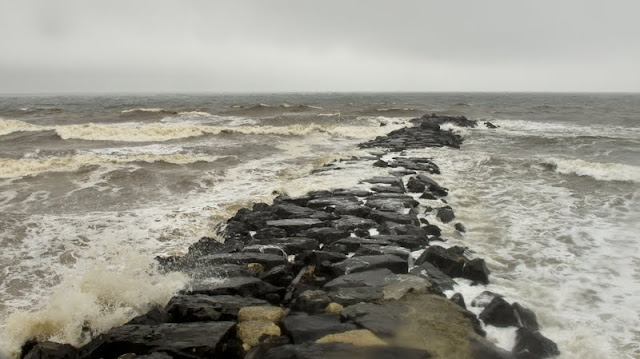 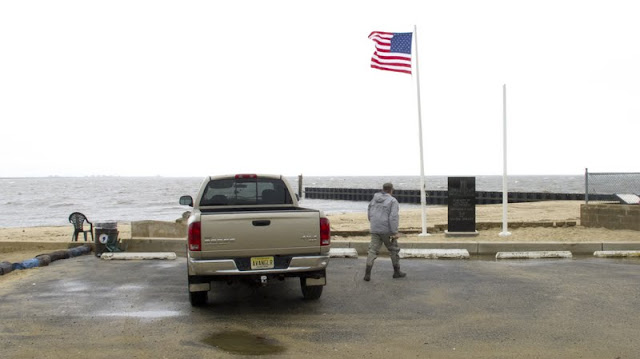 Leonardo Marina
In the end the most promising water was the Shrewsbury River at Plum Island on Sandy Hook. I was there at the outgoing tide and things looked really good. Moving clear water and lots of places for fish to lay in wait. When I got to the water an angler was trying to release a gannet from his line. He had the bird wrapped up with both wings caught. I held the bird and stuck out my finger which he bit down on pretty hard for the duration of the "operation". We worked for about 20 mins and finally got him free. Just before he flew away he took a few steps back to me and bit me on the arm. Not very nice.
I fished for about an hour worked my way around the point with no results. The other angler worked the same area with a shad, a bomber, and bucktail. So if there was a fish around, one way or the other we should have caught one. I'll be back at it tomorrow.