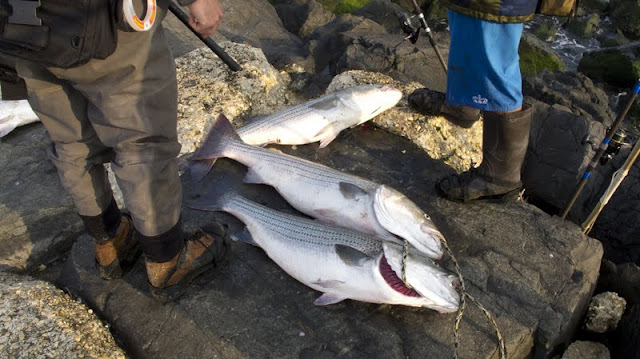 I had to wonder this afternoon as I made my way down to Allenhurst, then Deal, and ended up in Long Branch. Guys on the end of every groin. Casting swimmers and poppers and plugs and whattayacallits. Some fresh faces, but mostly the same guys you see in the spring and fall. I saw a tight groin in Allenhurst this morning. Then I saw Long Branch tonight. It was nuts guys right on top of each other all trying to get a window to make a cast. And then the big girls chased the bunker within the 1/4 mile casting distance these guys can hit. Fish, after fish, after fish, after fish, after bigger fish, after I just caught this 35 inch fish let me throw it back so I can catch a bigger fish. What are we doing? 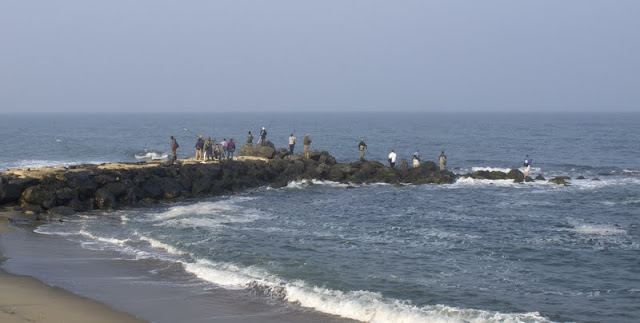 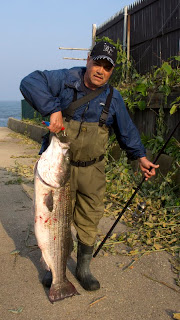 I know the ocean is big. I know there are millions of striped bass out there. But I wonder how this onslaught of angling pressure from south of the Chesapeake Bay to above Massachusetts does for the continuance of the morone saxitalis? I also know these blitzes come and go. You have to be lucky enough to catch it. When it happens, hope your here. I am seeing the same guys in the morning when the bass push the bait to the beach, and then seeing them at night. Fish after fish, after fish. I don't even know what the boats, small boats, are doing, but I see them hooking up and catching fish, after fish, after fish. And what about the big party boats? 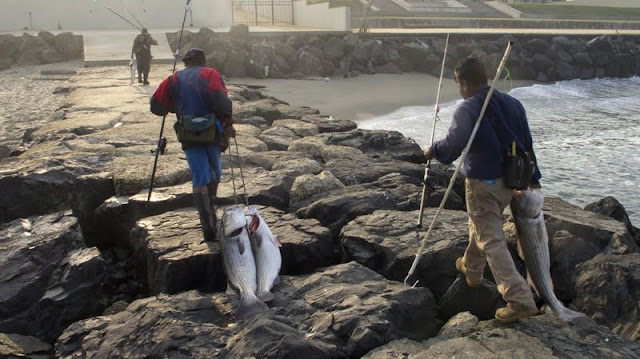 I stayed for about an hour. I thought about asking gently if I could sneak in there with my 10 weight and give it a go. But I just turned and followed out a guy dragging two 40 plus pound fish to his car. As I hit Ocean Ave something stuck out at me. It was a pickup with striper stickers and deer stickers. "New Jersey Hunter" it said. Hey, what about those doe and buck permits. What about tagging and weighing deer in. I'm not into so many rules, but why can't we do that with striped bass. Keep one cow over 40 pounds per season. Catch it, tag it, go weigh it in- and you're done. If a 90 pound doe calls for it, how about a 50 pound egg laden female striped bass? Something has to be done. I didn't enjoy seeing what I saw tonight. 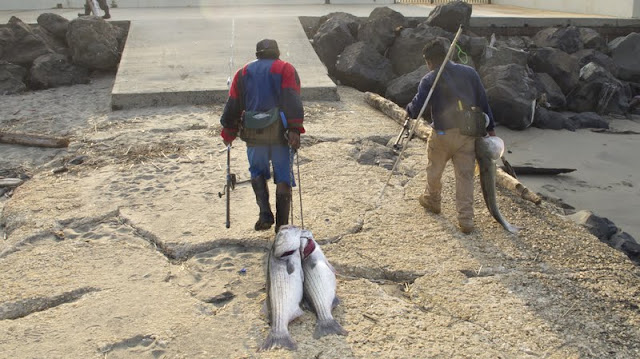 Posted by The Average Angler at 10:05 PM