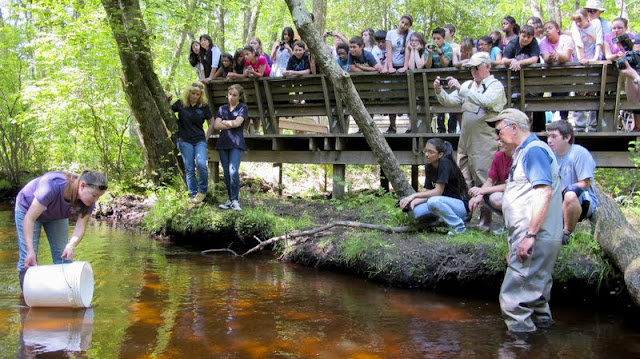 Ken and Bill overseeing the release
Busy day all around. Started this morning at the Forest Resource Education Center in Jackson for the annual Trout in the Classroom Field Day. NJ Fish and Wildlife and Trout Unlimited chapters from throughout the State deliver eggs to 106 schools in October and then help with the release starting in May. Today was release day for six of the schools. Jersey Shore TU has 25 schools that we are responsible for. In addition to Ken adn Bill and myself, Duane and Rick were at Allaire State Park where another school was releasing into the Manasquan. In addition to the releases educational programs were held. Our favorite was the Macro Invertebrates class where the kids sift through and identify insects in the river. The Toms has MAYFLIES. Believe it or not. 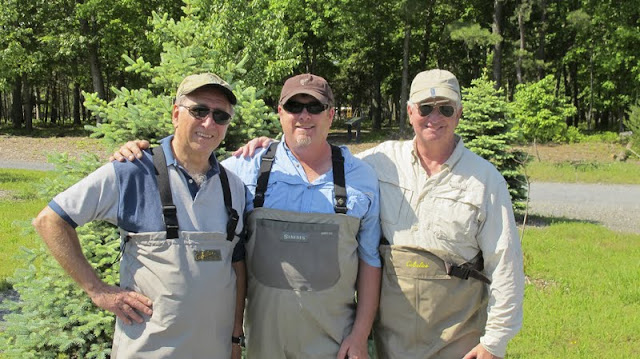 JSTU members Ken, myself, and Bill 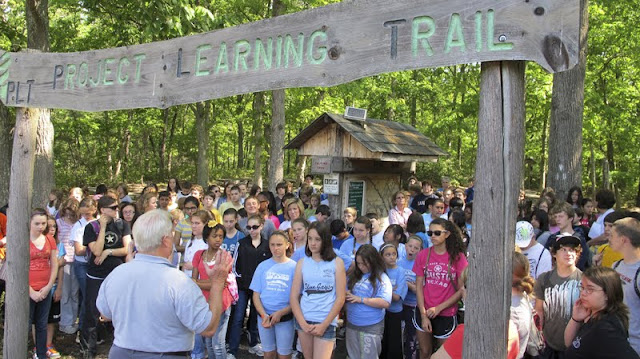 The kids are briefed before the day starts 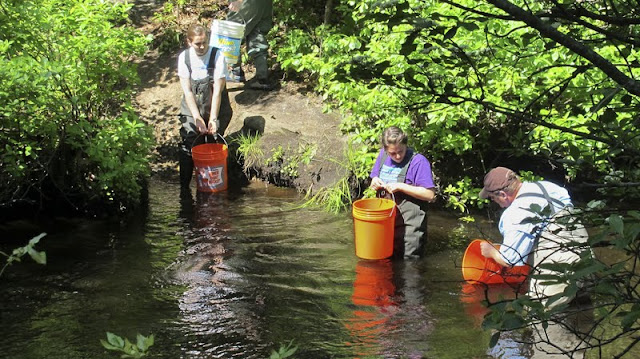 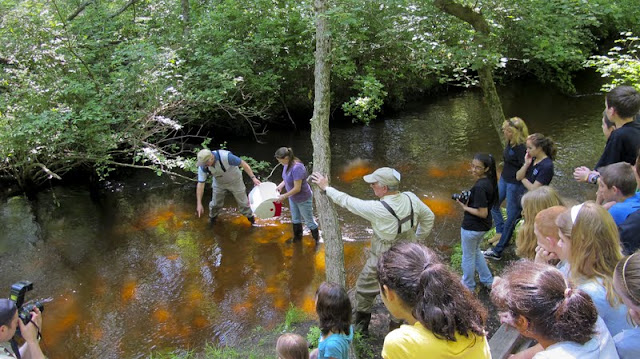 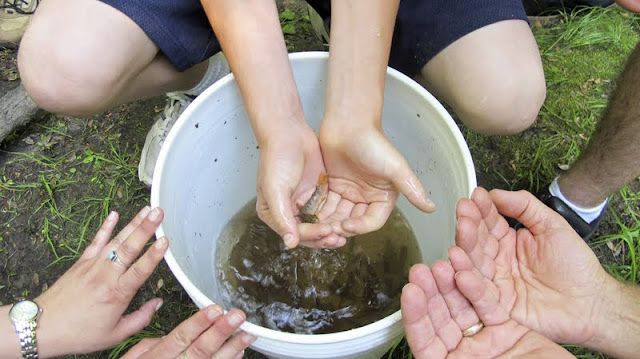 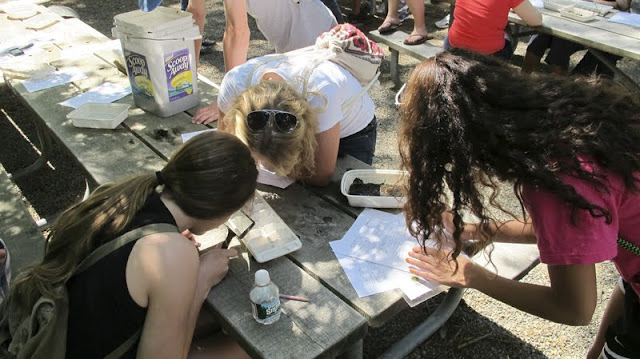 Macroinvertebrate class
Then I had to go finish an assignment I am working on in Atlantic City. That has been a three day shoot over several weeks but it is finally wrapping up. On the way home I stopped off at Exit 82 and took the ride to Seaside Park and then into Island Beach State Park. Of course I stopped at Betty and Nicks and supported the shop. I had to, I read their fishing reports everyday. It was funny because as I was waiting in line one guy said he was up in Deal this morning and caught a 35 inch fish near Roseld, and that Deal has been super hot. That's funny, when I talk with guys from Deal they say IBSP is where all the action is. It I drove into the park and headed to Area 21 where Ken said he was last night and had some fun with blues to five pounds. I started there on the outgoing tide and jumped the road and fished outside. There was nothing going on. I asked a few anglers who said today, even with the wind shift, was dead. As I exited the park I pulled over to get some shots of this very calm and freindly fox. It's either been fed by humans and is becoming used to humans or has rabies running through her veins and needs to be shot.
I then drove up Route 35 and hit both the Manasquan and Shark River Inlets. The only fish I saw was a stargazer, a small blue, and a 35 pound fish a guy held up as he went through the SR Inlet in a sweet center console.

On the outside, IBSP 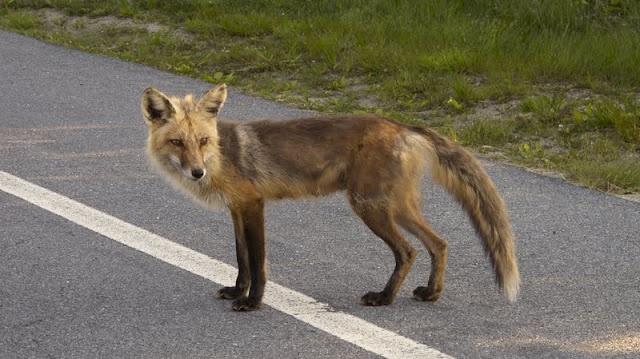 An ISBP female fox
Posted by The Average Angler at 10:03 PM