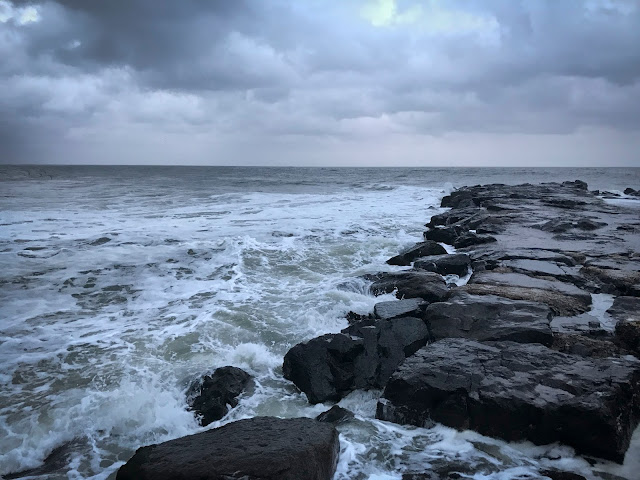 Got out a few times this weekend. Today at first light with the wind and rain. The rain passed but the winds honked the whole time I was out. Made stops and casts from Asbury to the Hook. Saw some birds out a bit at Monmouth Beach but they never came inside the surfers. 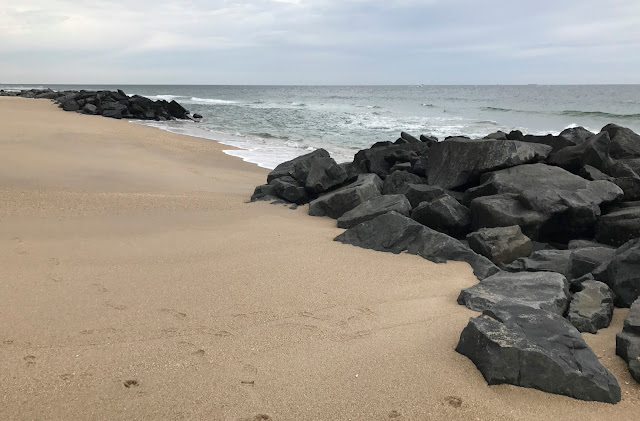 Found the above fishy spot down south yesterday and went back today but it was un-fly-rod fishable at least on the incoming. Its nice to find fishy spots and then go back and hook up in the same spot. It really is a different year than last year. Last year we were digging all the peanut bunker on the beach but not so much this year. I'm thinking that window has passed, I think the bait has emptied out of the bay for the most part. Last temps I had a Keansburg was 49 on the outgoing.

Some cool things I found were the two Leifs yesterday out enjoying some father and son time on the beach. It was nice to see, but it did leave me thinking of Ryan and all the missed opportunities we would have had in the future. That just sucks. It was dead low and I guess we were thinking  it would be a good time to walk out onto the bar and finding some bait and feeding fish. The wind went hard S and I didn't see anything. 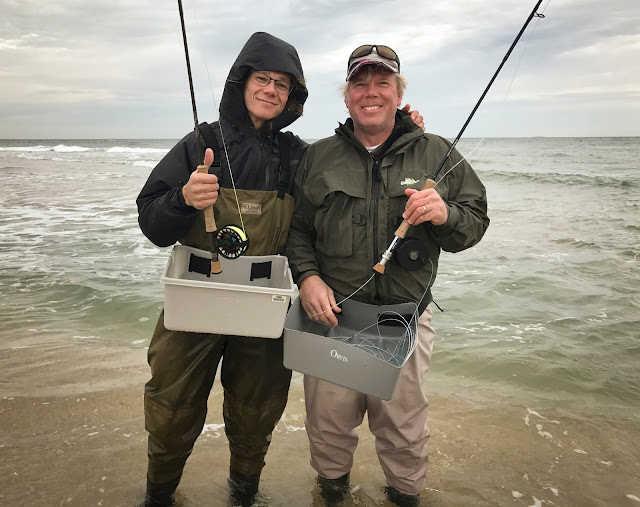 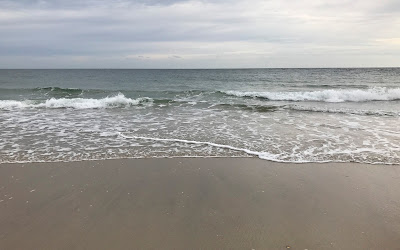 After moving north yesterday I found some crew of future sharpies. It wasn't the first time I met them. Funny to see who has gear, who needs gear, and who needs to make out a list for Santa. One thing is these guys need some waders!! A mix of waders, Die-Hards, LL Beans, and Vans! Good to see the kids fishing. 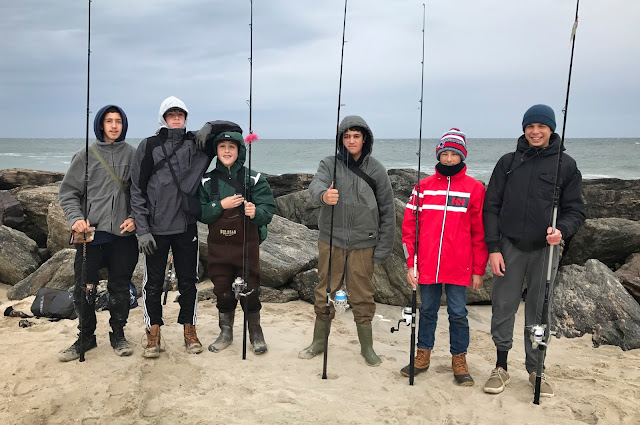 Posted by The Average Angler at 3:11 PM