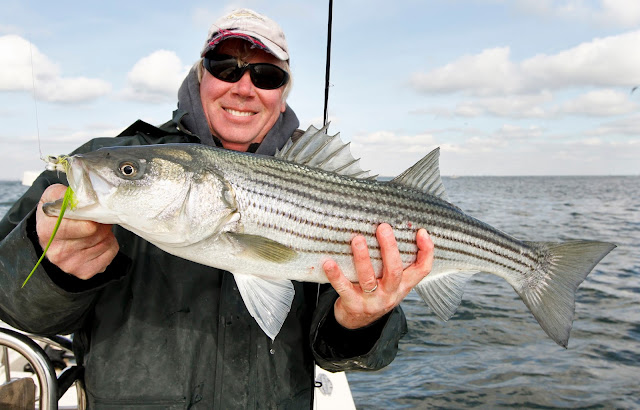 Had Leif on the boat for the first time today. We were watching the forecast looking at the winds and tides, but really it didn't matter we were going regardless. Theresa and I got in late last night after having a great show, even from our nosebleed seats, with the Dead & Company at MSG. 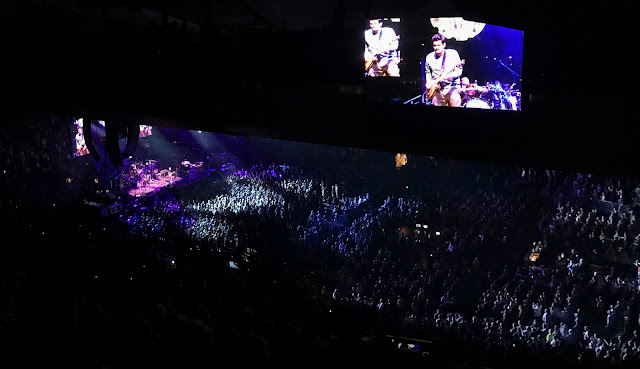 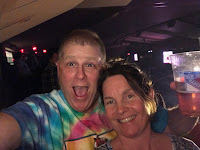 For you Dead fans, and there's a bunch that visit here, I think John Maher is doing a great job and fitting in nicely with the band. Some really cool surprises last night that didn't disappoint. We loved, Brown-eyed Woman, Man Smart-Woman Smarter, Tennesee Jed, St. Stephen and we split before a great U.S. Blues encore. For them it's off to Philly for a Thursday show. One thing that is ridiculous is two adult round-trip tickets to MSG from Red Bank is $64.00. That was early evening bummer. Back to today. It wasn't too bad out until you got to the corner and made the turn. Wind against tide had things a tad sloppy and washing machine like out there. Throw in some nice swells and rollers on the Knoll and it was bumpy and chilly late fall striper fishing at its best. The only thing that could have made it better is if I put Leif on some bigger fish. 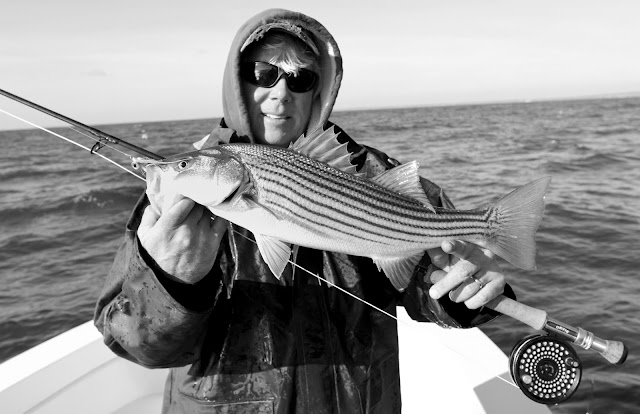 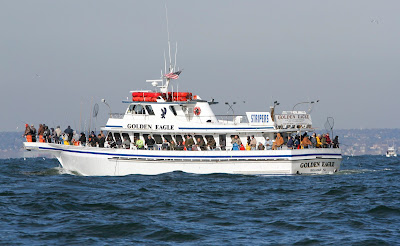 So when we got out the birds were there, as were about 30 boats, from ones that maybe shouldn't have been, like two kayakers (not judging-but nuts), and the fleet of party boats that mostly hugged the Rip through most of the outgoing tide, and other sized crafts mixed in. We took a ride down the beach, didn't see or mark much early and decided to go find some birds and fish which we did. Great marks, great birds and bait, the only problem was that all we could find were those feisty 20-25" dark green and black backed schoolies. 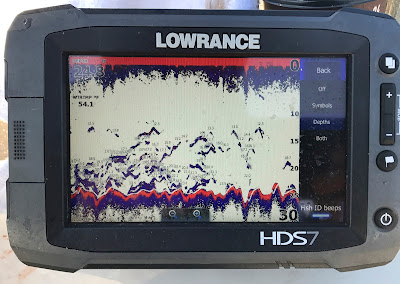 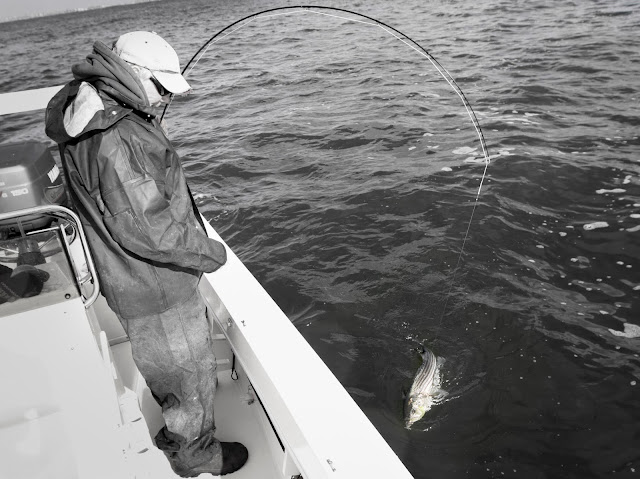 After playing with them for a while and at times doubled up, we went looking for bigger fish. I know those bigger bass can't resist those big Mojo's or those swim shads, but we couldn't find one to eat a fly. As noon arrived and the tide was slowing down wee snuck inside and Leif caught the only keeper of the day. Pulled up, two boils, one cast, that fish. 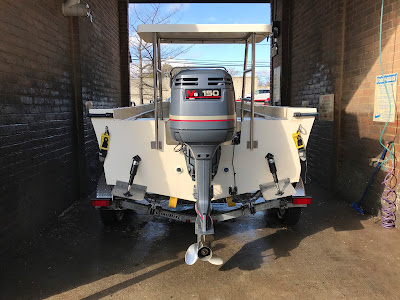 It's that decision making time again, when to pull the boat. Thinking this just might be it. I prefer the beach. I have dreams of catching big bass on big bunker flies thrown from my spey rod. The marina has shut off all water so I have to drive to Long Branch to give her a good flush and wash each time. We'll see, you know I can never pull the plug. Well, sometimes I forget to put it in!
Posted by The Average Angler at 4:38 PM