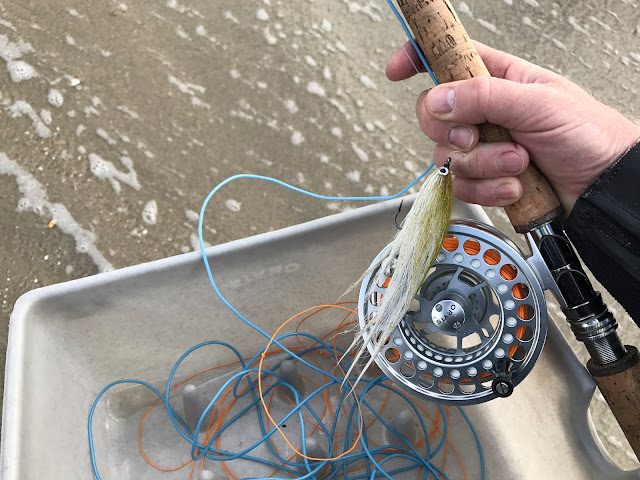 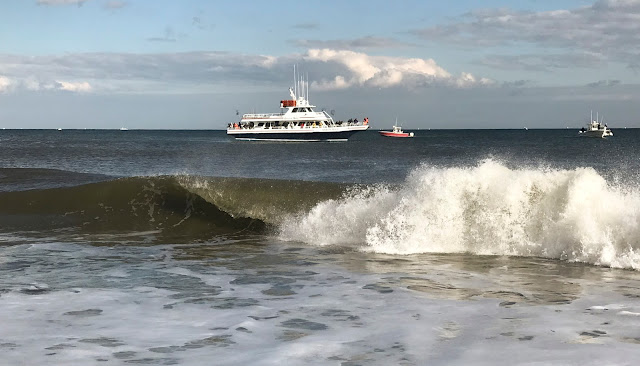 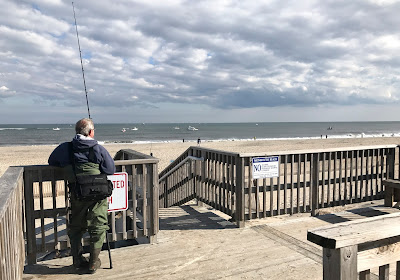 Clinical was over by 1245 today so I was on the beach near the hospital by 1. Had Daddy duty starting at 230 so there was a window. Stopped in a spot where I was all alone and it looked and was dead. Incoming with bigger waves breaking on the bar that was just close enough to physically avoid, but far away where you couldn't reach it with ease. I could have done it with the 13'6" spey rod I had but I wasn't looking to blind cast. The water was off color and it didn't look inviting to swim in or fish. 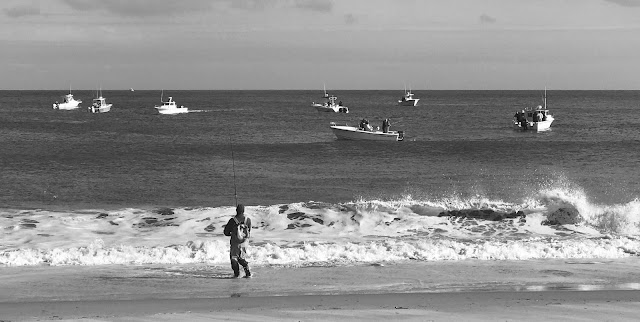 I moved up the beach a bit where there some birds and a few boats. By time I left there the boats had sniffed the bunker out and were almost on the beach which was lined with surfcasters. At my second stop I didn't even cast, met a blog follower Bob, and waited for someone on the beach to catch. It may have happened later but not while I was there. I saw a boat fish caught, mostly anglers from boat and beach were sang and dropping. 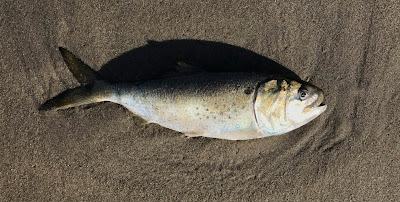 It is that time of year again where guys are waiting for something to happen. Its not fishing, but waiting. When you're in this mode you could be out for hours and never make a cast, kinda like waiting for the hatch on a trout river. I find that you do have to look and move this time of year, which I kind of enjoy. Its like being in a boat and drifting or motoring around rather than being anchored up. 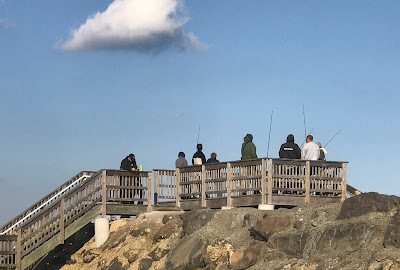 Seems to be more of these smaller fish along the beach and wash this past week. Leif got a handful today and Joe the same yesterday. You know what small fish mean? It's coming to an end, or are there more good fish heading south? We're all saying it's late this year, which it is. We'll recap in mid-December. One things for sure, I miss the sand eel bite.


Posted by The Average Angler at 7:36 PM