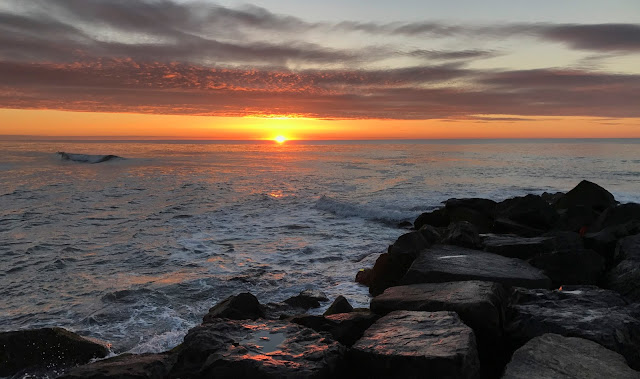 Not what you want to hear when you've been on the beach since 430 and haven't got a hit in two hours. Yesterday was good on the beach with keeper sized bass both morning and evening. Joe scored the below 31" fish during the afternoon shift. I was at work the last two days and went back to school this past week so Mondays and Thursdays it's class 430 -1000.

As always I'm hopeful. I knew that low water was around 430 am and it would take some time for it to fill and hopefully bring some bass with it. I found a neat set of tracks on the sand and when I 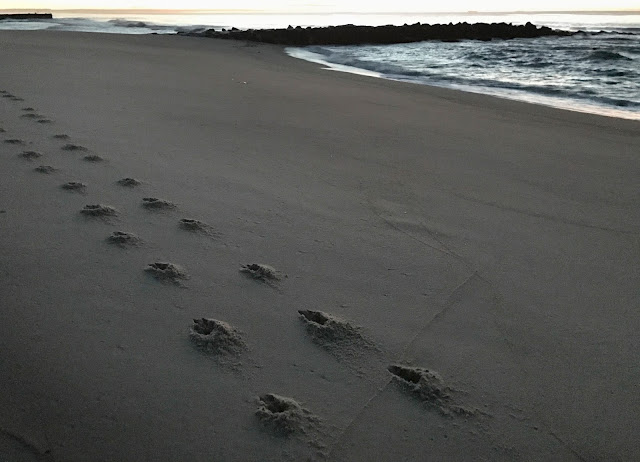 looked up five deer were going for a first light walk. I fished over a few beaches before being joined by some friends. I decided to pull a Lief- "if you stand in one spot long enough something will swim by and bite". I did just that settling in on a groin that was filling in nicely. I managed one micro bass and it never got going where I was. The boys had some fish breaking on bait a beach away but I wasn't in on it. I did join them later because I was lonely and picked up another whopper at 16 inches. 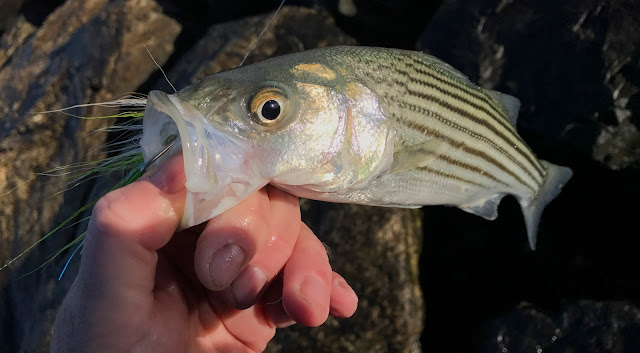 It's been a tough last month for me with the fly rod. All my friends, both fly and spin, have had their shots at or landed keeper sized bass but that skunk continues for me. The only saving grace is they don't seem to catch when I am there, which helps my mental well being just a little bit.
Posted by The Average Angler at 9:35 AM