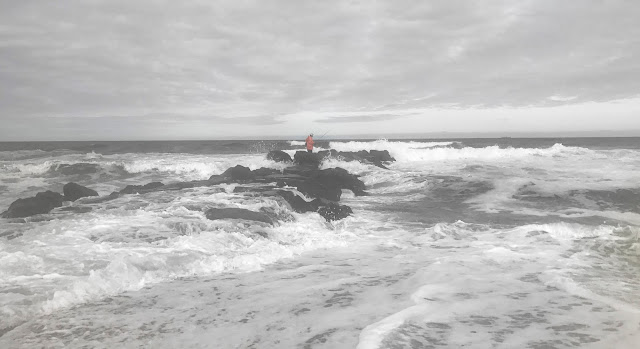 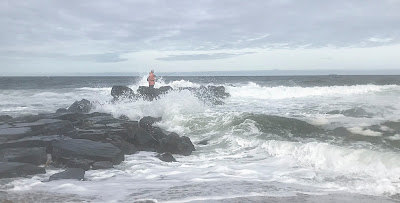 I figured I'd be down there with about three hours left on the incoming which would be perfect. However, when I got there the surf was huge already. The SE swell and the E wind had it rolling. If I was there about an hour earlier I would have had a good fly rod shot. The guy above was a little braver than me. He put on a SP Minnow clinic landing at least 10, several keeper sized. The fish were leaving the water and I just couldn't get a fly to them. It was frustrating because when you're with the fly rod you have to pick your spots that you can effectively fish, and that might not be where the fish are. 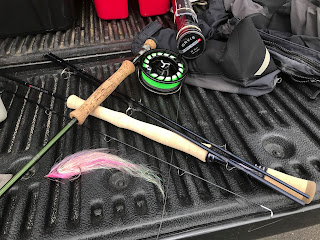 When I saw the surf I decided to break out the Orvis H2 11wt, that teamed up with the Depth Charge 350 gr, is my favorite big water setup. On my second stop I almost got swept from the beach end of the notched groin to the north side as a big south side wave came around and caught be off guard. It was impossible to get the fly past the breakers and get up on the rocks wasn't an option. 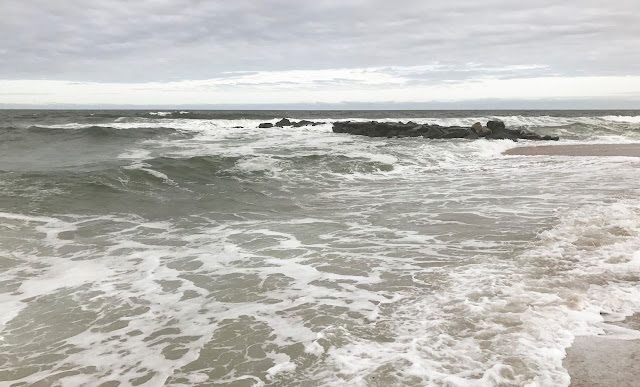 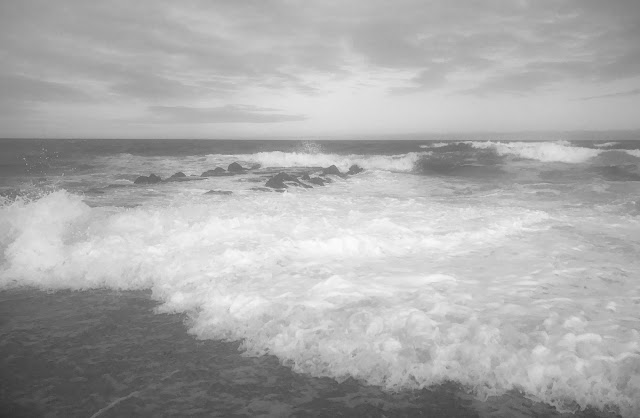 I made a move to a place that I thought I'd have a good shot at. Forget it. It was here that I experienced near miss number 2. Again the south side sweep got me and made me take a giant step forward and my foot fell deep into the soft sand as it got eroded around the now exposed rocks. I did catch something. In the top of the water column I caught an SP Minnow. If my 11wt could have handled it I would have thrown it. With high tide about an hour away I knew things weren't gonna change until the outgoing. As I was reeling in Leif came to relieve me on that beat. I told him "8 o'clcok""..........I"m  thinking I;ll be getting a text sooner or later. 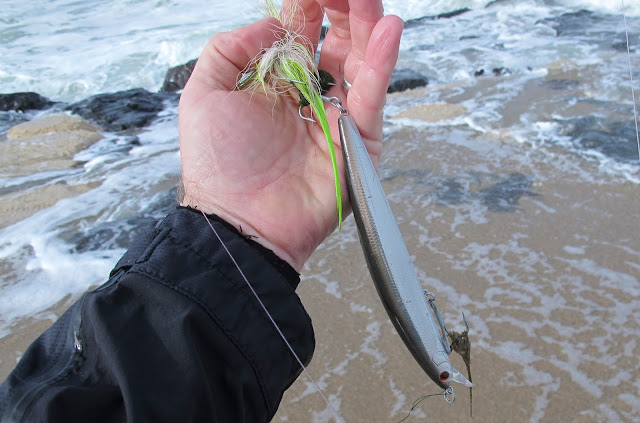 Posted by The Average Angler at 5:55 AM