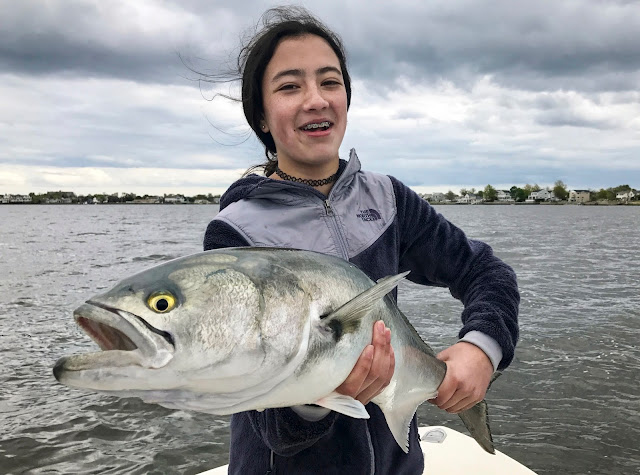 Around 11 am Erin asked if we could go fishing.......done. I grabbed a spinning rod and a plug and headed to the river. We set up and after about 100 casts that didn't produce I thought it would be for naught. Then I saw my buddy Paul and a client out in his boat. I gave him a call to see what was going on and after he checked with his buddy Erin and I were stepping off the sedges onto the bow. 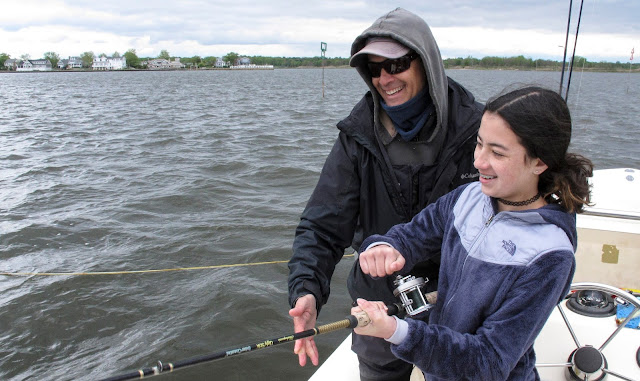 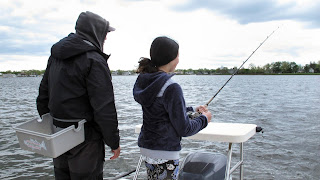 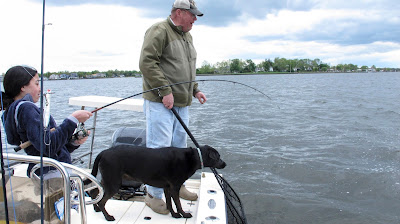 It didn't take long to get hooked up on topwater, middle water, and bottom water. Captain Paul and Bob were more than gracious letting Erin in on the action which was at times, fish after fish after fish. She liked netting them, holding them and releasing the, and she preferred her hands rather than the Boga. Paul had his dog Z on board and, when you got to go, you go to go.....and she did. Maybe that 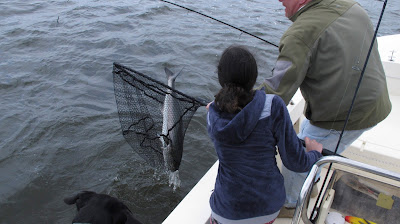 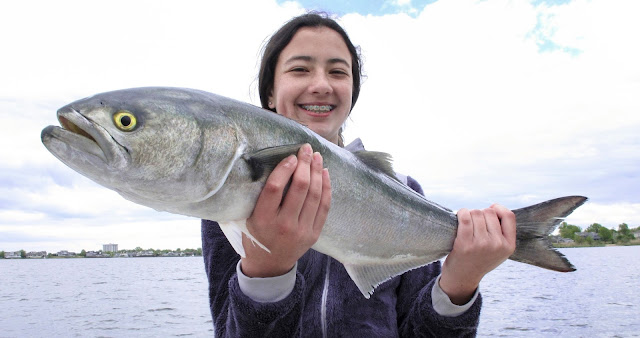 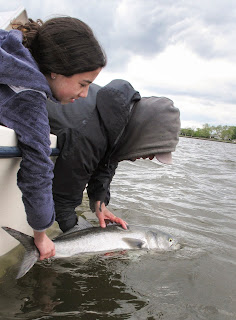 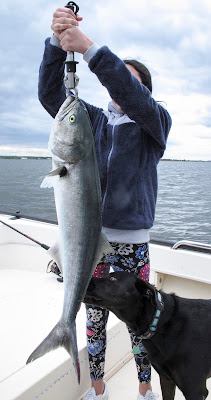 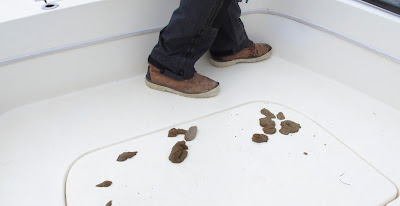 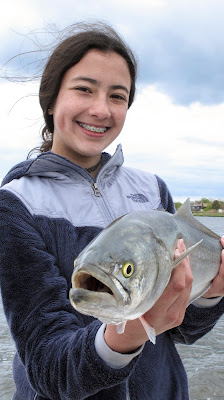 brought or continued the luck. The bluefish are there and
hungry. I didn't see any bunker or any blow-ups, and they didn't spit up anything small like grass shrimp. Hopefully they'll stick
around and we can get a few more weeks out of them. They are
a great day saver when the bass aren't around or eating, as,
mostly, bluefish will always eat.

Paul had the fly rod out and we played the pop-and-drop on
a few bluefish. What was nice to see was a kid getting excited about fishing, mine or someone elses. When we got back to the dock we found two young boys struggling with their line and rods as they were about to "catch some bunker" and they were very appreciative for the help. You know you can call me for a trip but I if you would like another option then give my friend
Captain Paul Eidman at Reel Therapy a call. 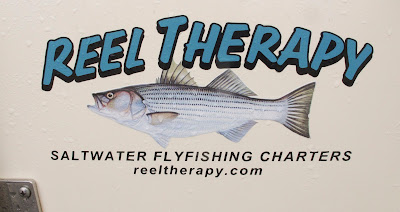 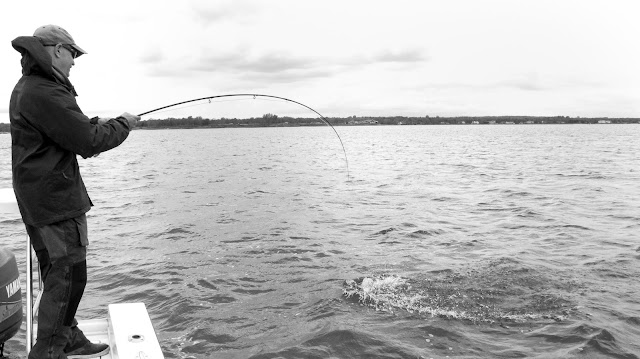 I did hit the beach this morning. Right there at high tide with a swell and ankle breakers crashing at my feet. With the water, waves, and the sweep I fished without any confidence and for a few hours.
I found the water colder than it has been and look forward to a few days from now when there's an incoming tide at first light. I also can't wait to see the bunker out front, while scenes like below are great, watching those blow-ups in the distance gets the early morning blood pumping. 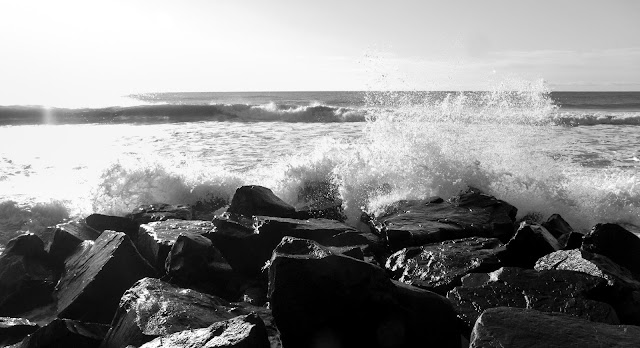 Posted by The Average Angler at 3:24 PM