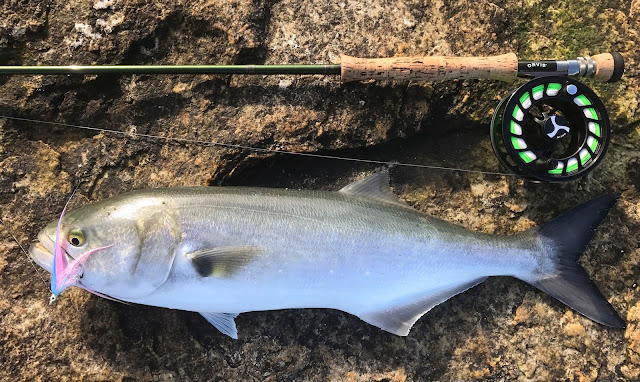 Out front. O dark thirty. Dead low. Strong Westish wind. Faucet turned off. Tried to find some water and fished a tandem fly set up while I waited for the flood tide to bring the water and the fish. As light appeared I tied on a sweet Scott Stryker herring fly because the boys had done well the day before with similar patterns. Fished it for awhile without a tap. As the water came the bunker started their happy, and sometimes scared dance, in the distance. The birds were up and hovering. Every now and again something would blow up. Then it came closer.
I went tight and quickly realized the bluefish were here. I could tell by the run and the fight it was a bluefish. I made my way down the groin to the beach where I got bit off in the wash. As the fished paused with my fly in its mouth I reached down to tail it but it slipped free and swam off. I got bit off two other times before surrendering and adding wire. In the end it was three bluefish, three bite-offs, loss of a good fly, and no bass for me. 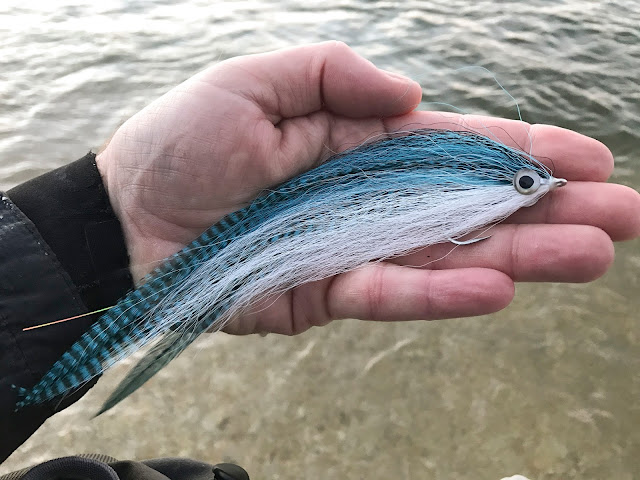 Posted by The Average Angler at 9:05 AM