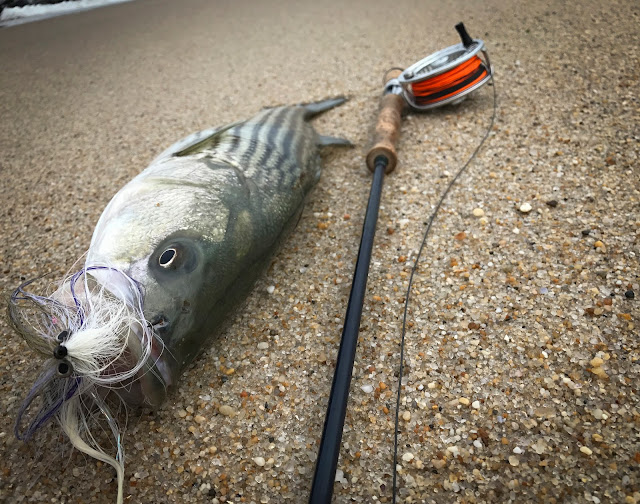 Got up way early before work and hit the beach. When I got there I realized I had leaned my fly rod on my truck and forgot to put it inside. A quick 515am call home and luckily it was still there in the street and hadn't been run over. I tied on a Andrew Warshauer hollow on my Hydro 7wt Upper Delware streamer rod and gave it a go. Crankin' NW wind had me fishing the south side. I had one good fish on but it unbuttoned in the trough. My work day ended at 4 so I ran down and caught the start of the ebb tide. The wind had swung around blowing E and with the big white water things were looking good. 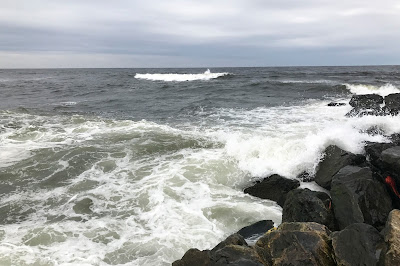 I felt like I was trout fishing. Flossed a few. Missed a few. Had a long distance release. Landed two. Funny thing is I have never missed so many fish as of late. I first thought they were bluefish biting the end of the fly, but I saw them they were bass. The bite, at least steady hits, lasted for about a good hour before it died as the water left. It was good to get out, stay put for awhile, catch some fish, but mostly, I enjoyed fishing the big water. 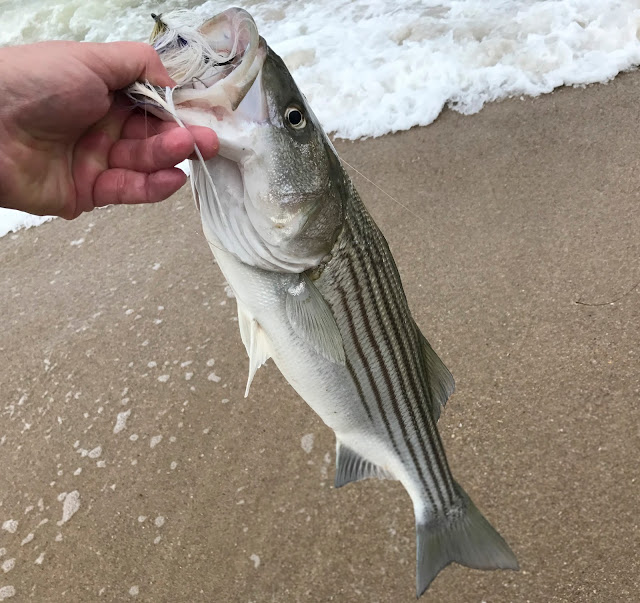 Posted by The Average Angler at 9:28 PM