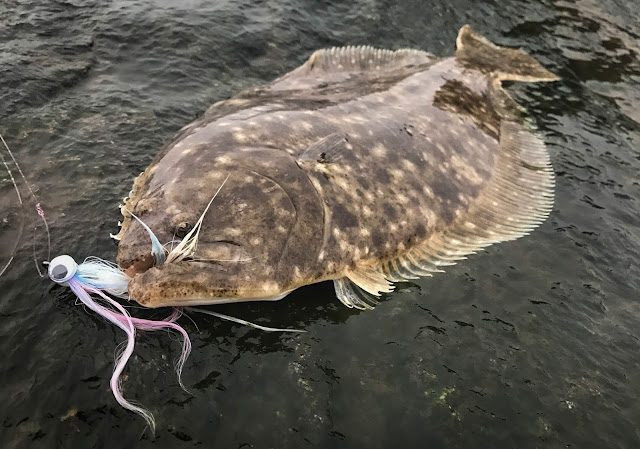 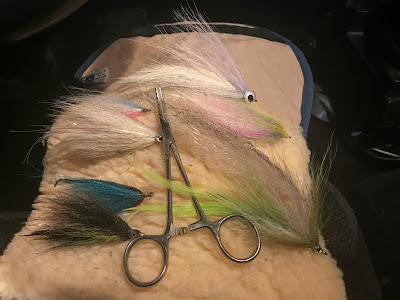 I'll get to that fly in a bit. Got down to the water in the dark and decided to wait for some light so I went through my flies and made sure all the barbs were pinched. It was the start of the exiting water, SE wind, raining, and not much for white water. As usual started with the black Deciever and had a couple of small fish. Then I went to my secret weapon. 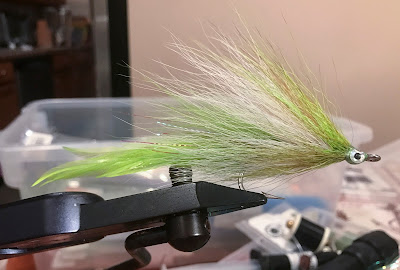 Last night I decided to tie up a few flies. It was late. I was tired. And I just suck sometimes at fly tying. My goal was to make a few utility flies. Some that will catch fish, won't kill me if the blues get them, and keep my nice flies (usually bought from expert tyers) nice for those days when I know the fish are on. I have noticed I rely too heavily on the Clear Cure Goo and don't finish my flies right at the head. That makes your flies look not like anything at all that resembles a baitfish. 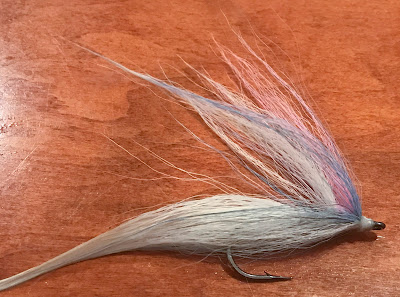 I decided to give a Hollow Fleye, a small one, a try, and I thought it was going good until I gave it a bath and let it sit. It just didn't look right. So I decided to say %$*& it and put some of those big craft store bought eyes on it. Well, they were too big for the fly but I decided to go with it. 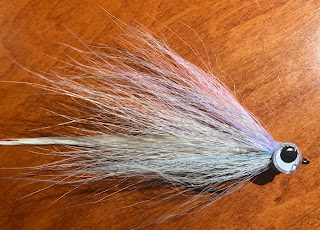 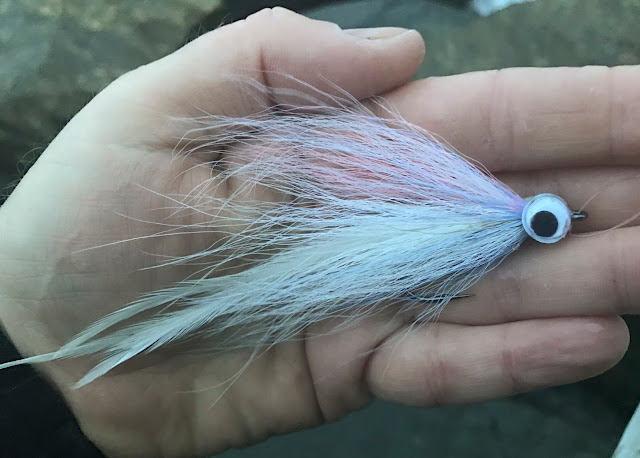 It only took a few casts before I was back at the nursery school picking at little fish. I decided to move off the rocks and fish the beach to get away from them but nothing else bit. After a walk it was onto another set of rocks where the big fluke on top ate it just as I was taking the fly from the water. I'll have to remember to find some or tie some Clousers and put them in my sling pack. It took me a while but I realized, while my fly may look hideous out of the water, it swam pretty cool in it. But after 1,000 casts the one eye came apart so I decided to feed it to some bluefish. 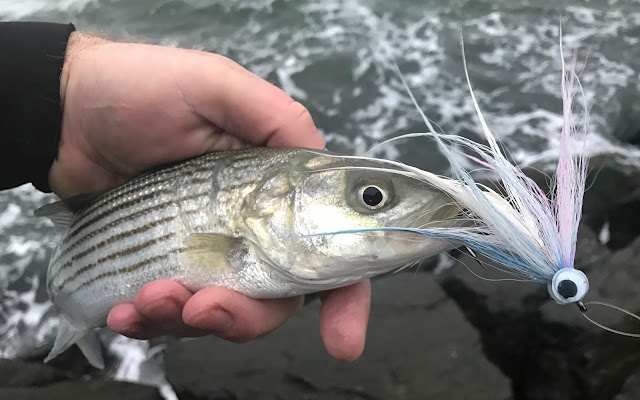 I went to the river and found all the bait you wanted but didn't find the blues. It was hard not to snag the bunker no matter where in the water column the fly swam. I'll be back at the vise perfecting swimmy flies and this time I won't use the acrylics, nor the eyes. 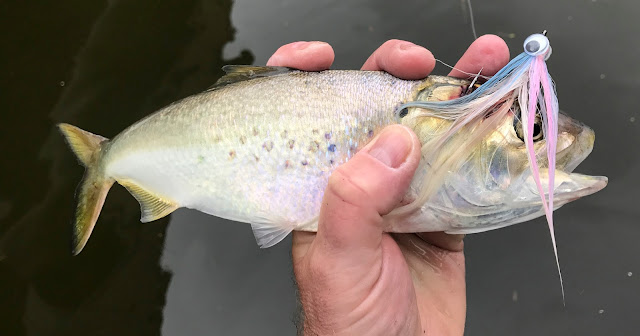 Posted by The Average Angler at 12:06 PM