Things lost or missed, one fly line (parted), about six nice flies (sorry Leif) and four crappy ones, numerous wire leaders, and more fish then I could count. Things learned or gained, a continued fascination with forage fish and their predator enemies, don't come to a gunfight with a knife, and sometimes coming up with a plan and sticking to it sometimes does work.

My plan starting getting at 415 am and checking out a local spot. It was dark. I could hear the bunker. I could hear the loud splashes. Note to self- return here. So I made my way to spot number two which was out front. It was still dark as I started throwing a tandem black fly set-up. Not a tap. As light came I went to the old standby chartreuse and white, and landed yet another small bass. This 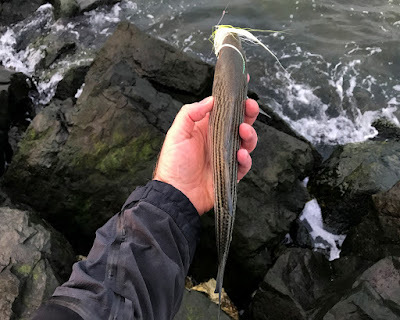 one looks like a trout from up above. I could have waited for the water to fill in and hopefully find a better fish but I'm so done with these little fish, and since I haven't got a keeper in some time, I was less than enthused. Lief stuck it out and dropped a nice fish which he attributes to an old leader that should have been changed out after countless smaller fish. He did get one that photographed respectfully, but the one that got away was much better he said. So with my ADD kicked in I hit 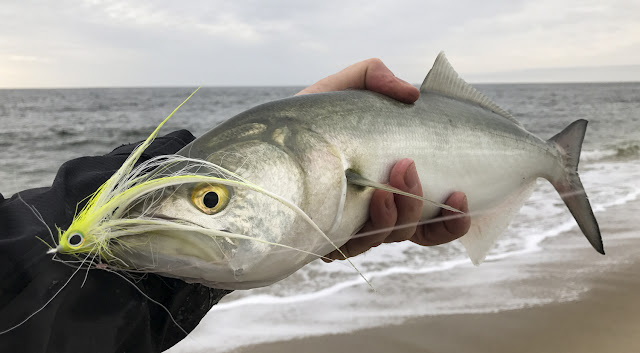 at 430. The tide was just starting to turn and with it the fish did also. I had the spinning rod in the truck and took off the hook and had my stripping basket on and my fly rod resting across it. The fish would blow up on the popper but then the first one I landed followed it in. I saw the wake, dropped the spinning rod, one false cast, two strips and I was tight. Over the next just about two hours the

bunker flushed from the upper river, and, flushed right along the bank where I stood. There was no need to pop and drop. It was racers and gators within 10-40 feet away. I pretty much watched every take and set the hook too early on several  of them. The bunker was pinned along the shore and every now and then the swirls would start to the unlucky on the outer edges, and then the water would turn red. At times I would look down and see the white side of a bunker in a bluefishes mouth as it got thrashed around. I saw more tailless floating bunker, that would eventually get blown up on, then I have ever seen. As I said earlier, I went through 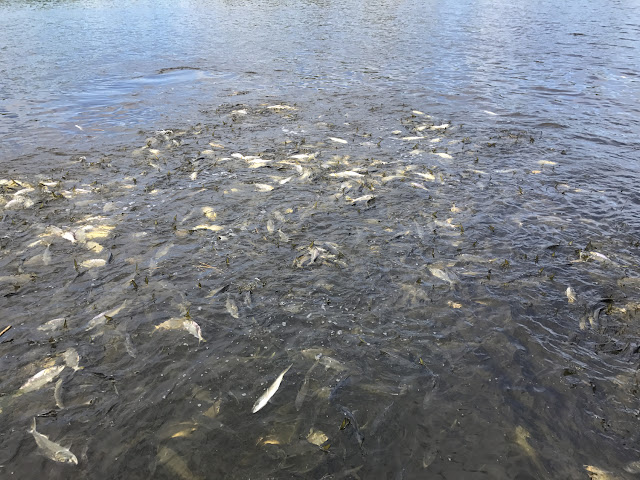 some nice flies and a bunch of wire that was either too weak or too short. I called up the Mrs. and had her come down to get in on some of the action. What was nice where I was was that you didn't need a stripping basket and the fish literally blew up underneath you. While she got one she still is in the can't-hold-the fish-stage which I'm working on.
Some may say this sort of a spot burn but the people that read this don't fall into the annoying spot-burn-ruining-category and if you aren't aware of this spot (respectfully) than your no threat to 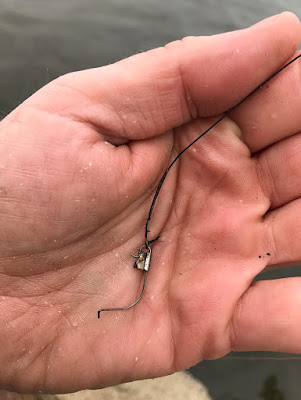 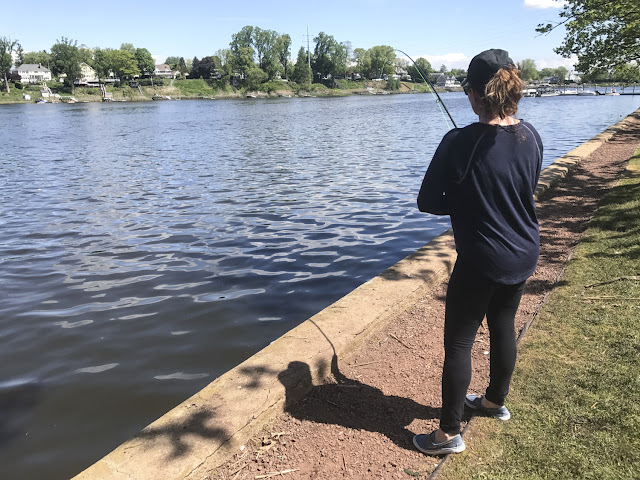 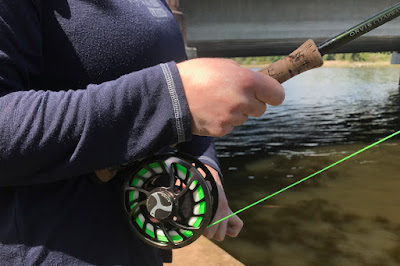 the other 100+ anglers that show up in the evening. Its good fun while it lasts and hopefully it does for awhile. Interesting to catch three different sized blues all in the same day. While I always wish for stripers big blues every now and then it alright by me. If you like albie runs then you should take one of these bluefish for a ride. Off to work the next three of the four days and then its off with Theresa to the West Branch Anglers for a few days. 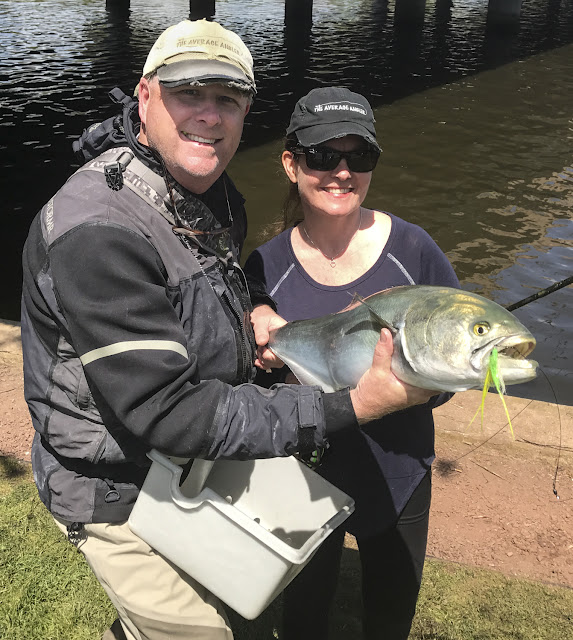 Posted by The Average Angler at 5:09 PM