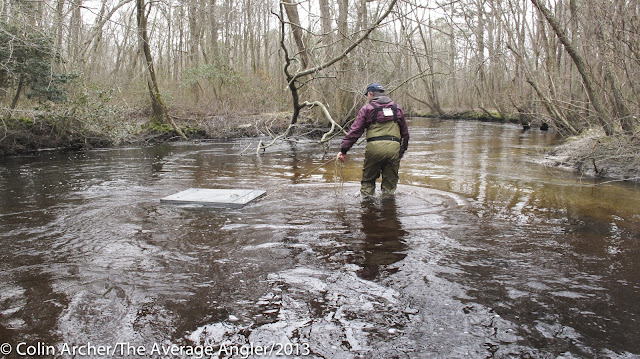 Today the Toms River was running at 260 cfs and 43 degrees and the air temperature felt about 20 degrees. What a great day for a float stocking! About 10 members of the Jersey Shore Trout Unlimited met the stocking trucks and loaded about 300 trout into the float stocking box and walked a half a mile tossing brook trout into the best of holes. In all, over 600 trout were stocked with most in the 9-11 inch range but several nearly 20" heavy fish did come out of the box.
Years ago the state stocked fish by float stocking in canoes and using boxes. Then came net brigades where the fish were walked down to different sections of the river. Then, in most recent history, came the bridge drop. Guys would follow the trucks or just sit under the bridges or in the easiest access points and wait for 5 o'clock to hit and then catch all the fish. Float stocking helps spread out the trout and makes it harder for a stretch to get "cleaned out". Several clubs and TU chapters are assisting the state in stocking, and in JSTU's case, float stocking.
In the Toms River TCA the harvest regulations call for one trout at 15" so these under sized fish will remain in the river for some time as they grow up. Luckily most anglers practice catch and release so fish remain in the water year round.
I took the walk down the river with three other guys maneuvering through the downed trees and deep holes with the box in tow. I brought my camera and got some pictures off as they transferred fish from the big truck to the little truck that could fit down to the start of the TCA. I also captured the boxes being brought down to the river and being loaded with trout. Then it was one more frame, the one above, before my camera went black and the words, "Change Battery" came up on the screen. What a photographer...... 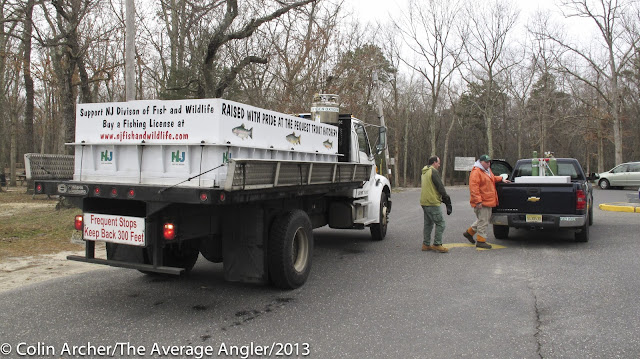 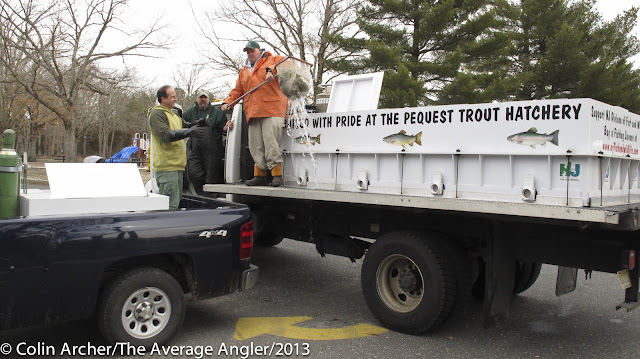 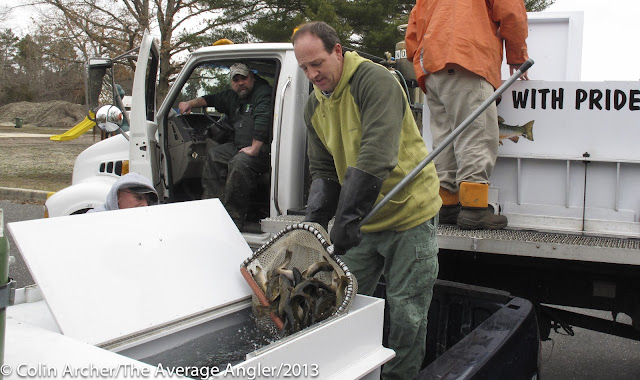 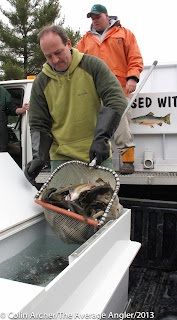 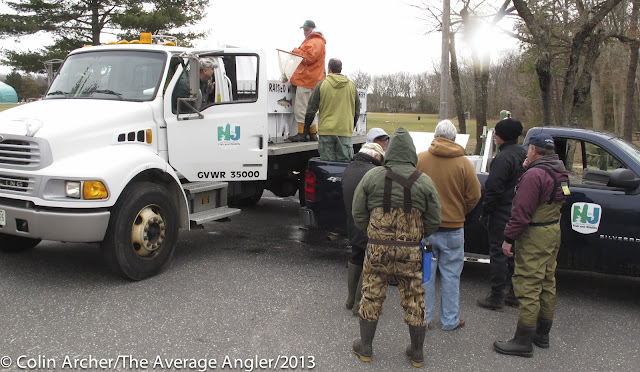 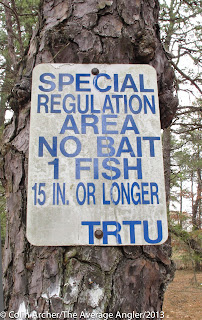 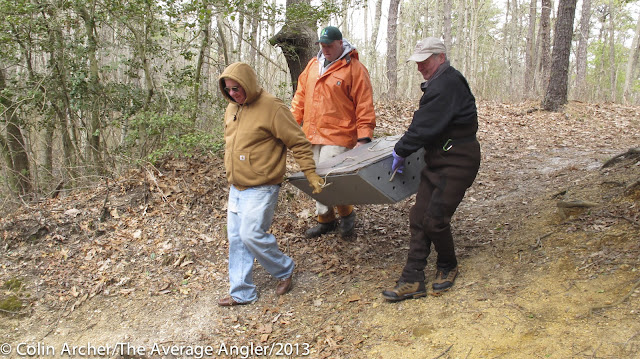 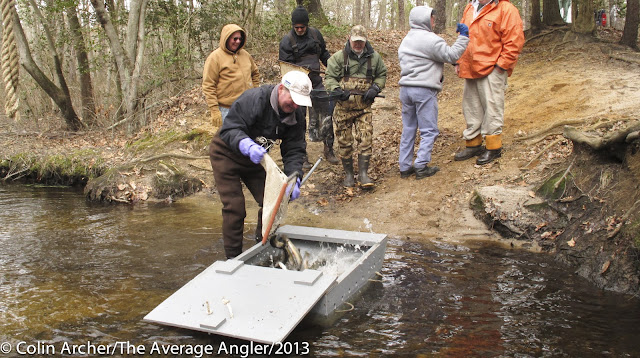 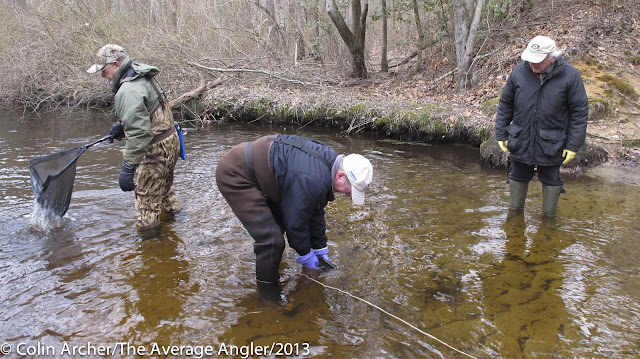 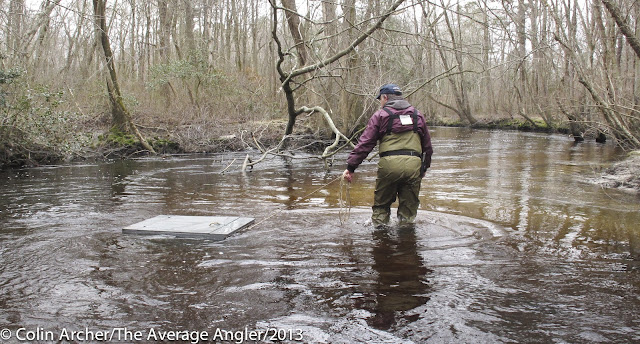 Posted by The Average Angler at 6:03 PM