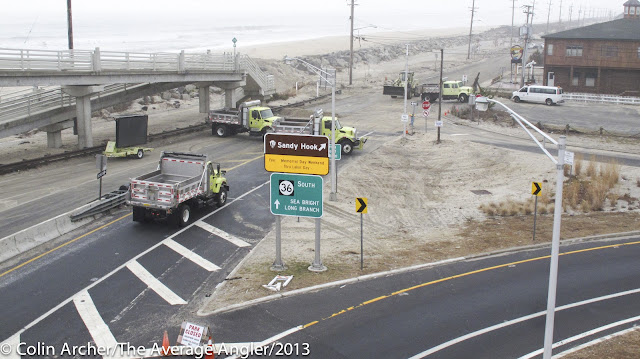 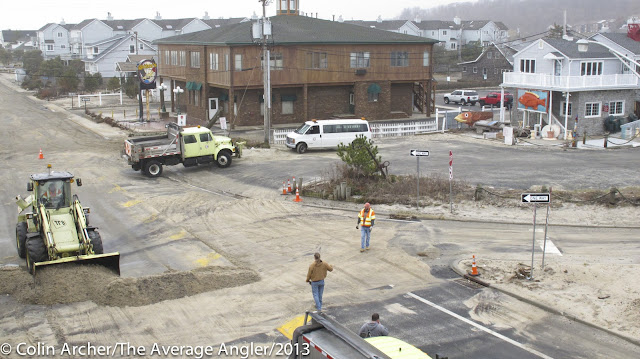 More bad news coming from Sea Bright, and more of a wake up call for the rest of us. The last few days as we approach the new moon (yesterday) tides coupled with ocean swells have high tides up higher than normal. At the north end of Sea Bright near the entrance to Sandy Hook a portion of the rock wall was breached and water and sand filled Ocean Avenue, the side streets, and parking lots to Gaiters. With that the road was closed from the Highlands Bridge down to the Rumson Bridge. Besides being a major pain for those using that road on a regular basis it shows how vulnerable we are to the forces of Mother Nature. 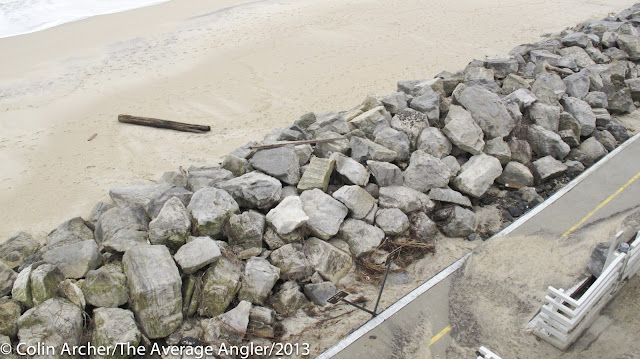 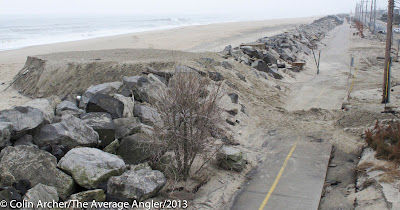 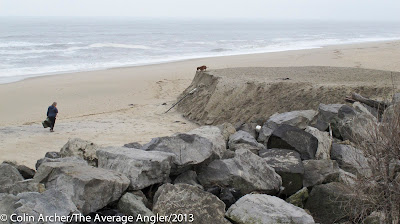 Remember how quick the government was to make "good" on the 13 million beach nourishment from Big Monmouth to Driftwood In Sea Bright shortly after Sandy? They pumped, and then a few good nor'easters undid a large portion of what they did. If the sand didn't go back to sea, it was deposited up onto the sea wall and onto Ocean Avenue. They said the contract was awarded and in place and the work had to be done. So, the 25 million dollar beach nourishment done from Little Monmouth to Sea Bright from November 2011 till now.......is a joke. Go see for yourself. Rather than use the State of Emergency to freeze the contracts to see if the money and resources could be used post-Sandy, they rushed to have some beaches ready for the beach clubs and towns. The beach clubs were washed away???? What are we thinking.
So now we'll have a rush to figure out what we're going to do about the Sea Bright seawall, and any other towns that may need, want, or not want a seawall. Mantolooking breached, quick fill it in. Everyone talks about the health of Barnegat Bay.....was there an in depth look into keeping that open? Should there be an inlet on the north end of Sea Bright into the Shrewsbury River? I don't have the answers but it would be nice if someone took the time to do some studies to see what would be best.

Otherwise all we're going to get is Frank Pallone awarding another 25 million dollars to pump sand back onto the beach where it will shortly get washed back into the ocean.

This is getting so old. 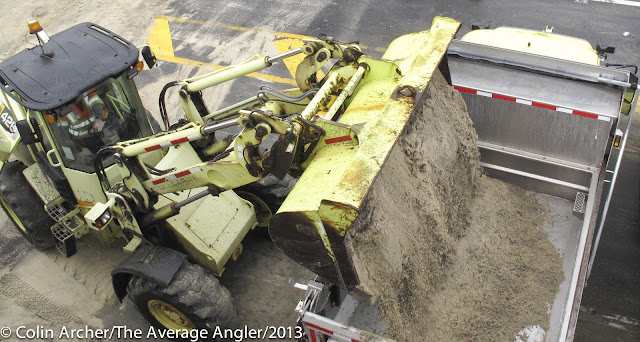 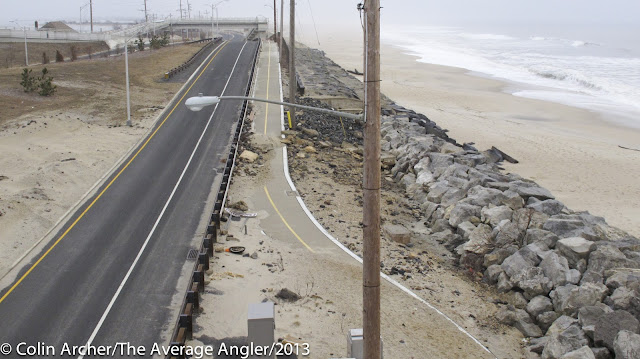 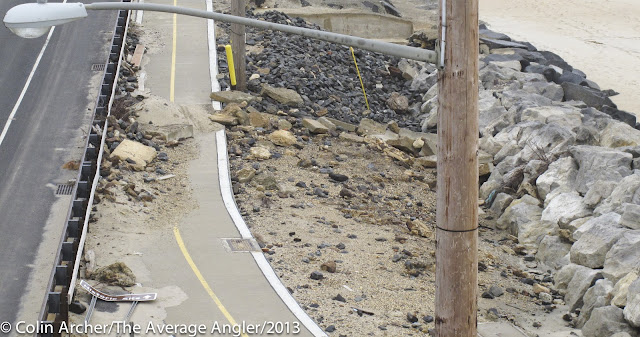 Back up in Sea Bright below is a picture of the Driftwood Beach Club ocean side view, just where the beach nourishment stopped, how they doin? Please don't tell me that we won't have access to the beaches or will have to pay after "our" dollars went to "nourish" or protect these beaches from erosion.
This is all really a big joke. 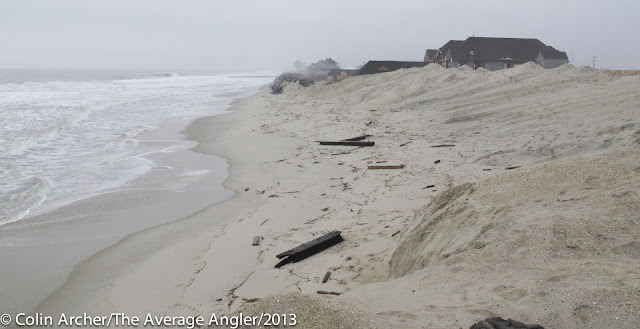 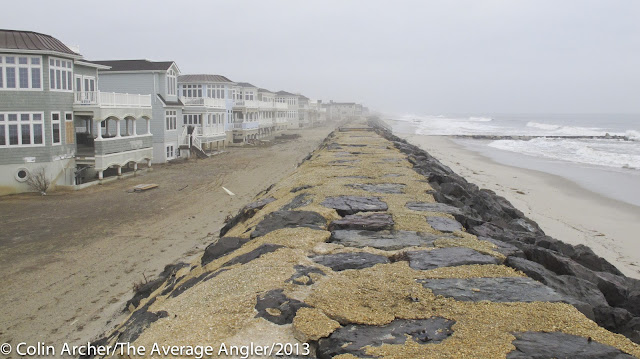 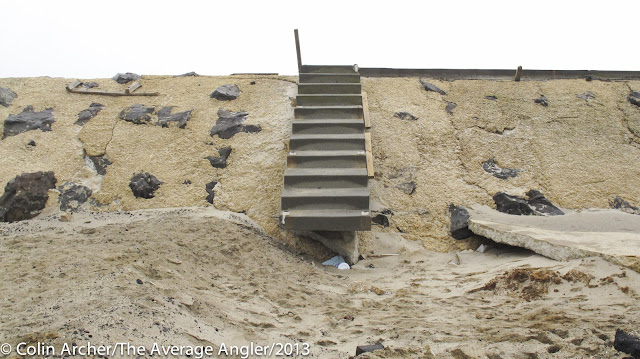 Posted by The Average Angler at 2:26 PM