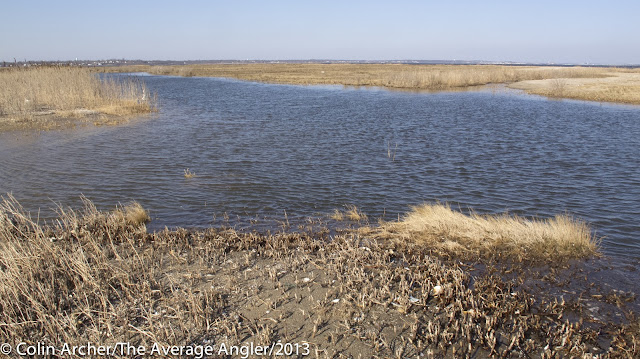 I guess the morning after a fishing flea market, fly fishing show, club meeting, you're all jazzed up to go fishing. Last night was the Atlantic Saltwater Flyrodder's meeting so this morning I woke up and had to give it a go. Hit the back bay on the start of the outgoing and fished for about an hour alongside a guy soaking clams and neither one of us had a bump. The water temperature gauge is showing 44 degrees up from 38 just four days ago. The kid I fished next to said he had a short and a keeper on clams last evening, although the conviction of the story was questionable. You can't help but feel for residents of the towns and a little guilty parking in front of houses that were torn down or are basically being rebuilt. Parking along the bay is not like it used to be.

The water looked, well, dead. Even the small off-color creeks didn't show much signs of life. In two weeks we should see more action back there as the bait moves in and the bass start to enjoy the warmer waters that the sun soaked mud lies under. 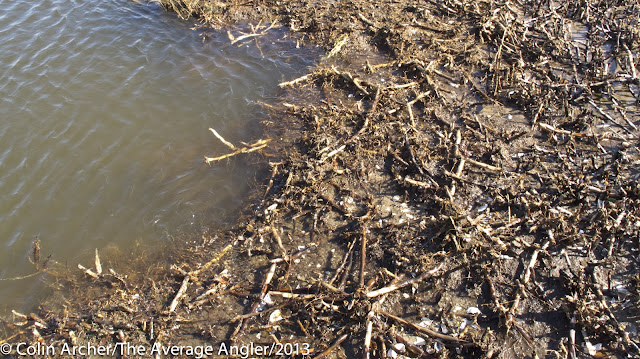 I did a tour of my favorite spots and access points and found almost all of them had changed. So it's not only the ocean beaches that are different, the bay has changed as well, and when I drop the boat in the rivers I am sure to find changes there also. One popular fishing pier on the bay has been destroyed and the entire area fenced off. As I always say scouting is as much a part of fishing as the actual fishing day itself, so load up your better half or your dog and take a ride and check things out for yourself. 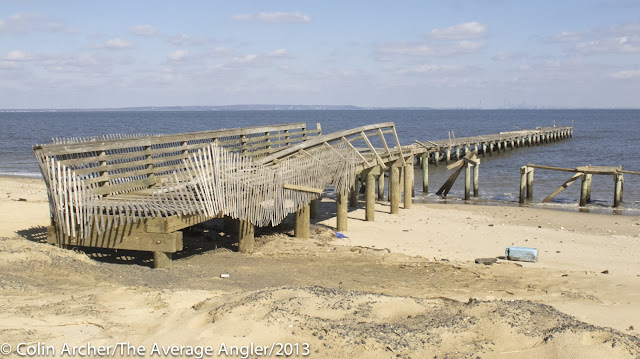 Before I took the ride out back I stopped by some of the beaches on the high tide to scout access points. I know things have been batty lately with the new moon, storms, and just "changes" but a lot of anglers are going to be surprised and disappointed when the hit the groins and beaches.
If you look up and down the beaches today you will see glaringly smaller beaches with little or no sand between the groins at high, and now even low, tides. Towns and homeowners are scrambling to rebuilt see walls and bulkheads and install fencing before the warmer weather comes and "new" access points are established by people who don't know where public property ends and private starts. In the series of images below you can see that access to a great groin will soon be gone. There is no way to access it from a designated access point. And that is one of several I discovered.

As the season warms up, be prepared to have lots of company if your going to hit the usual spots, and if you want to explore new locations you better start scouting and walking or hire a guide, I'm taking reservations now, 732.261.7291 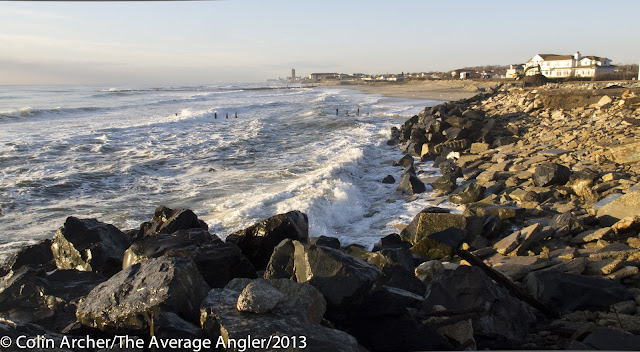 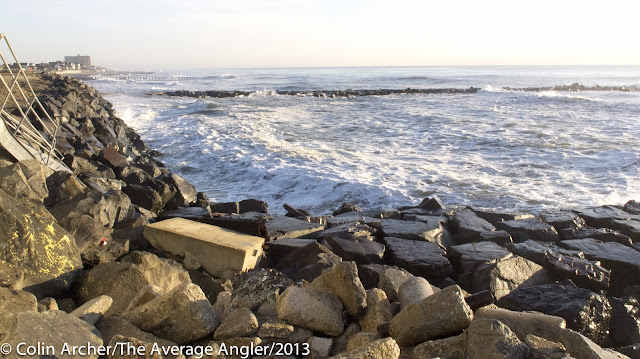 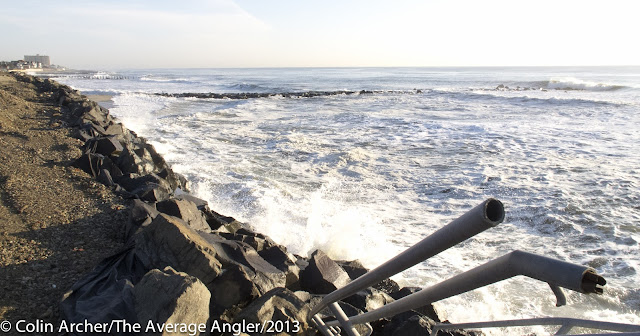 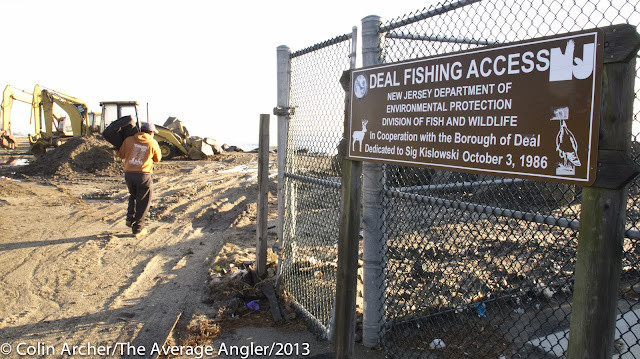 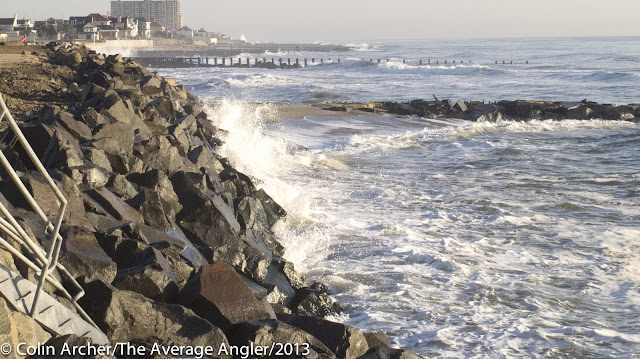 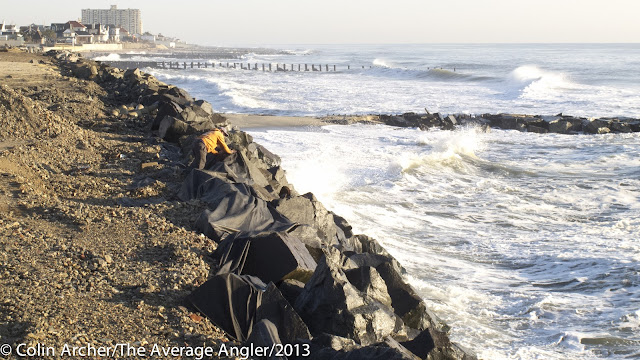 Below is an image of the same groin as above, easily accessed and enjoyed on September 30, 2012, one month before Sandy. 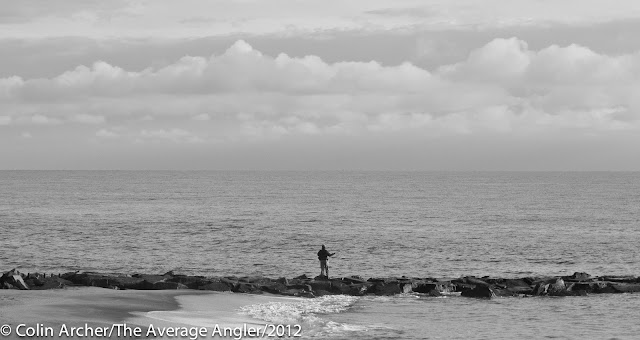 Posted by The Average Angler at 2:43 PM