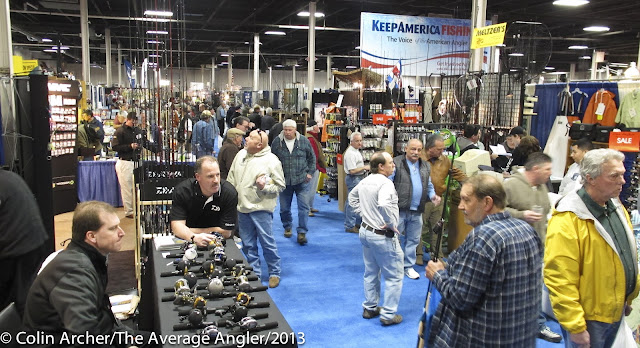 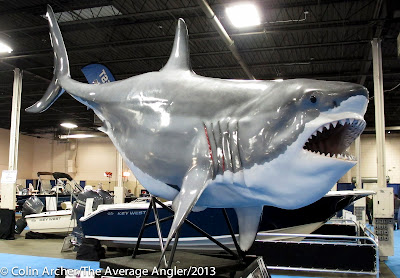 I decided to take a ride up to the Saltwater Fishing Expo in Somerset today figuring I would make a quick trip through and come home. I stopped and hit the ATM for $100, figuring I might buy some hooks and then have pocket change for the weekend.
Well it's not the Fly Fishing Show, and it doesn't open at 9, I got there at 930, it opens at noon. So I got back in my car and headed up to Efinger's to pick up some tying stuff. A few packages of hooks and some barbel eyes and I was out 25 bucks. I then went back to the show and it was 11, I had an hour to kill. I sat in my truck and then got on the line before it opened at 12. Inside it was laid out much like the FFS. I made my way through seeing a couple of familiar faces like Brad Buzzi from Buzfly (That guy has been everywhere since January!) and Capt Mike Corlies from the American Fly Fishing Schools. Inside his trailer was a Bob Popovics shadowbox of some old school flies that he tied back in the day, sadly it wasn't for sale or else I would have bought it. 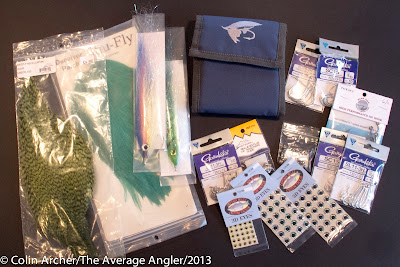 I found some cheap 3D Eyes for 2 bucks a pack, some hooks from here and there, some grizzly necks and a leader wallet. The find of the day for me was over at the Greg Myserson table. Myerson broke the striper World Record two years ago with an 81 pound fish, and is now making the tour with products and meet and greets. He also has a line of flies that were for sale. I took a closer look and liked what I saw, and heard. The flies are loaded with rattles and make a lot of noise. They were selling them for 14 dollars each, and I bought two, luckily I got them 2 for 25 which left me a dollar for the Parkway toll after the bridge. I spent 99 dollars, which I think was more than I spent at the Fly Fishing Show. 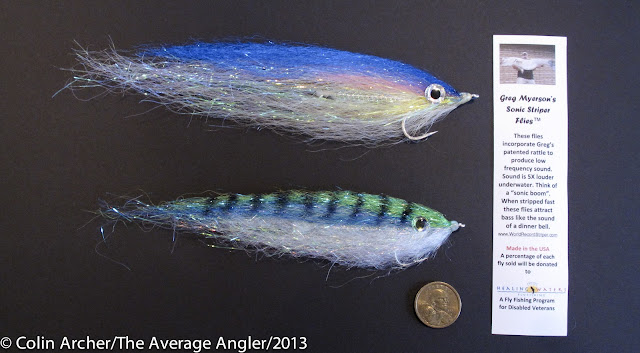 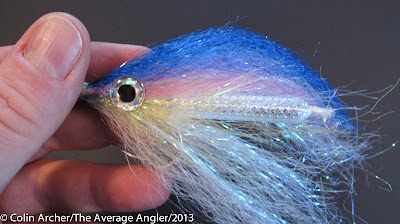 I also sat in on a couple of seminars one put on about fishing the Raritan Bay and the other by Shell E. Caris on Advanced Jetty and Beach Tactics. Both were well attended and done. 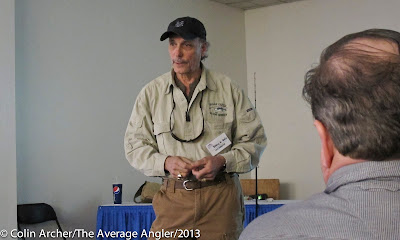 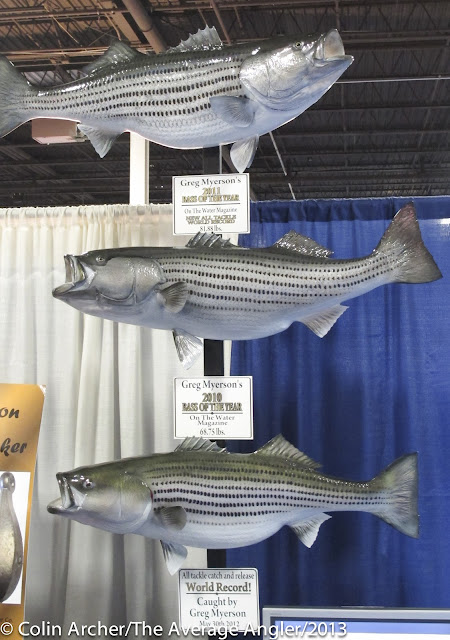