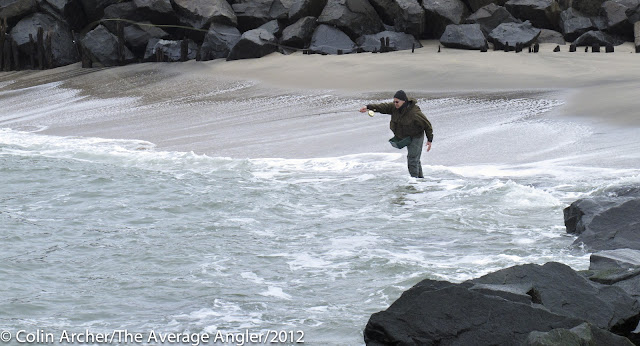 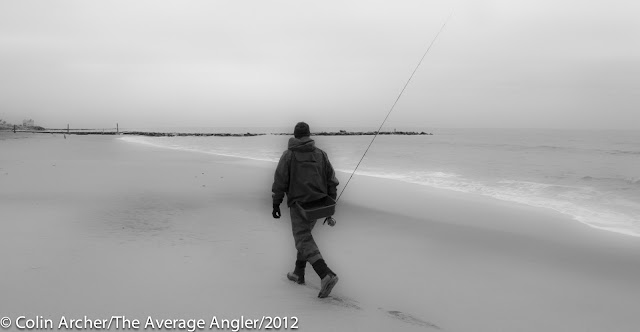 Hit the beach for a little while with Capt. Paul Eidman. We caught the middle of the outgoing tide and found loons and cormorants at the ends of the groins picking up crabs. I wonder if we'll see that rock crab hatch like we saw last yeat. It started at the end of December and lasted into January. I know, much different year, but we'll keep looking at it. Saw a unusually high number of blue crab parts up and down the beach. We waited until the water lowered before making out way out to the end of the rocks. I stayed with the Joe Phiefer fly, Paul threw a chartreuse Clouser, both without a bump. I switched over to a black Velvet Eel and didn't do anything on that.
I did watch as a guy on a groin just north of us catch and release a nice fish. I believe I found a picture of it on a post made by Topwater on Stripers Online- you can see it HERE, and the picture of that fish is below. Although I really stick to using my own pictures - it was nice to see a good fish CPR'd. (catch, photo, release) so I am posting it with credit to the angler. Kudos. 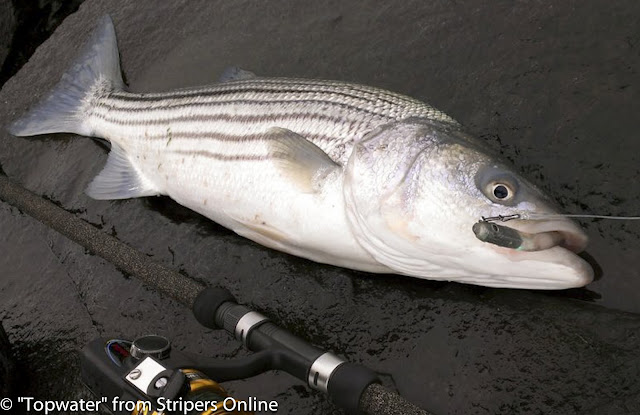 After a quick jump a few groins up and not moving a fish wee called it a day as the NE wind and rain kicked in. We did take a quick drive to Lake Takanassee to see how the water levels were holding up after our latest nor'easter wrecked the dam and spillway controls. With the water slowing down a bit we were able to see the old concrete spillway that Mother Nature unearthed. We were also able to get to the start of the spillway including the wooden planks used to control the outflow. The reason this is so interesting to me is because with all of the damage to these tidal ponds in Monmouth County that now is the time to research and plan for structures that could be built to have river herring return to these waters. Wreck Pond on the Spring Lake and Sea Girt borders, Deal Lake bordering Asbury Park and Allenhurst and Lake Takanassee are perfect examples of potential river herring spawning grounds. River herring are a great food source for striped bass- just ask the old timers who used to live line them just off the outflow pipes. Now is the time to bring them back. As Paul and I talked yesterday I suggested he call the DEP to make them aware of the situation. Not only were they interested, they called Paul back once they realized that the current conditions were exasperated by the latest storm.
Imagine a strong herring run in the spring in the next few years. Now is the time to act. 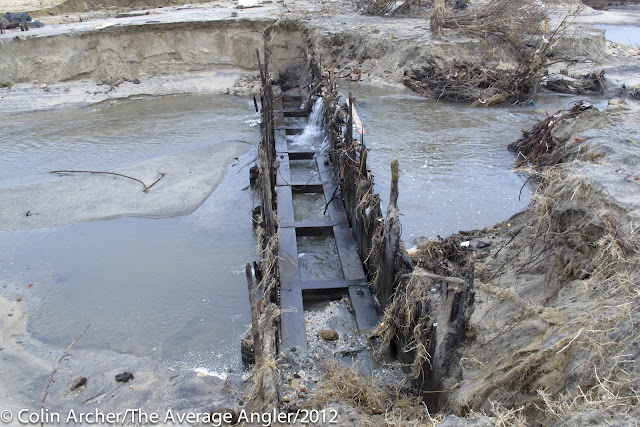 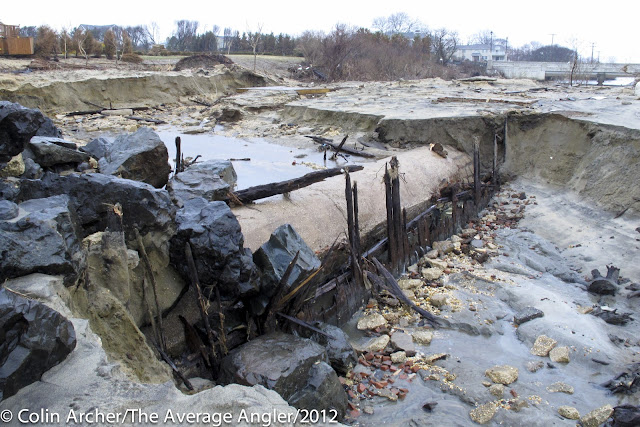 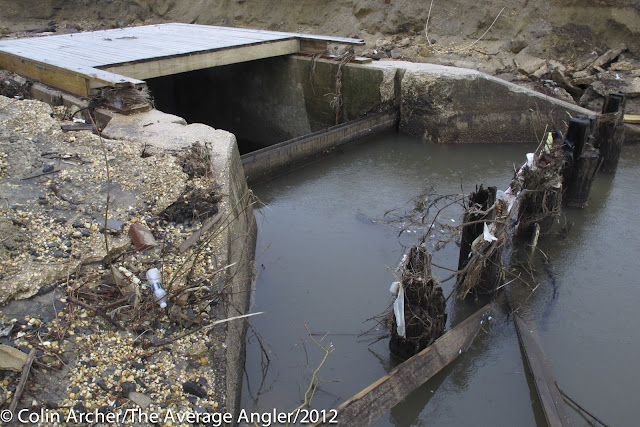 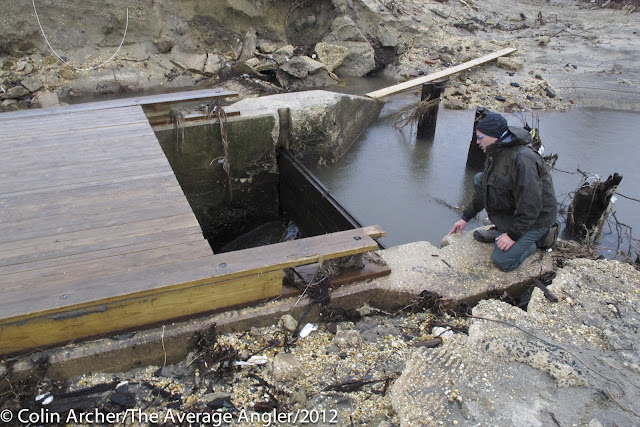 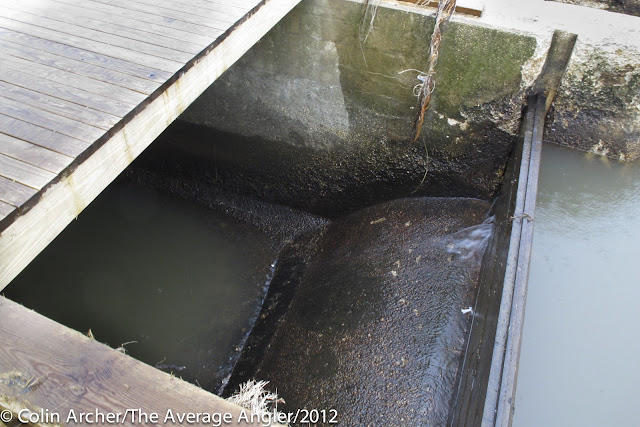 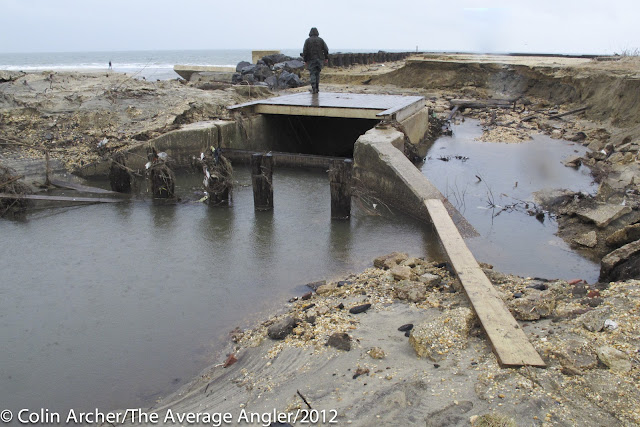 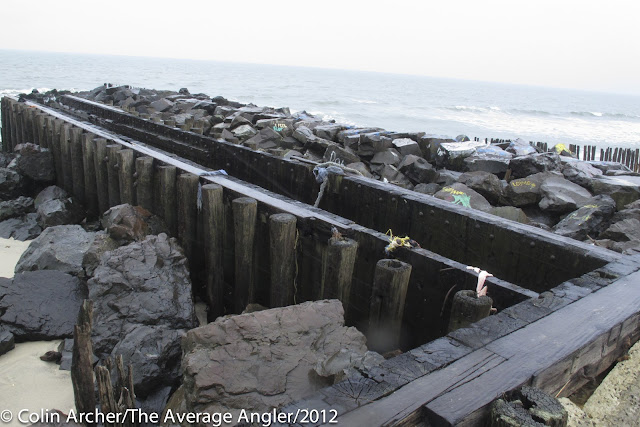 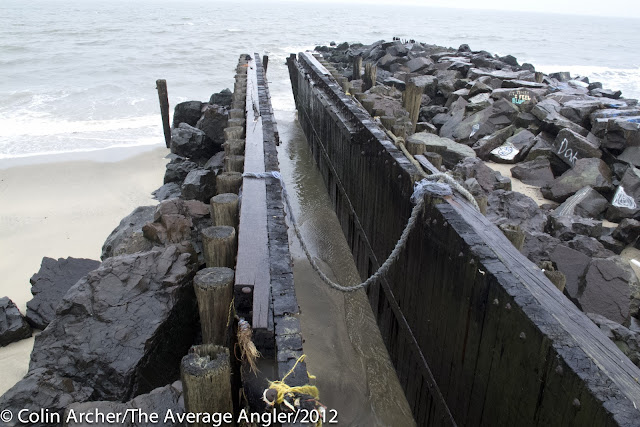 Posted by The Average Angler at 2:25 PM