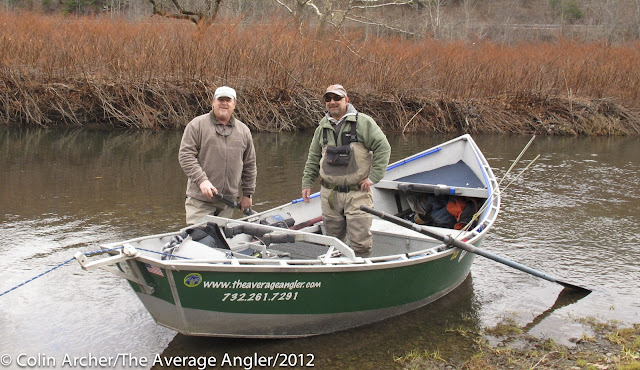 This summer we had our kitchen remodeled and our old refrigerator has been taking up space in our garage. My drift boat has been parked in Roscoe waiting to be brought home to get a good-once over before the season starts up in the spring. Put those two together, with two guides who've wanted to get up to fish the Upper Delaware just one more time and you have.......well....a road trip. Fellow Upper Delaware guide Charlie 'Bunky" Limpert joined me for one long, windy and a tad cold, day. 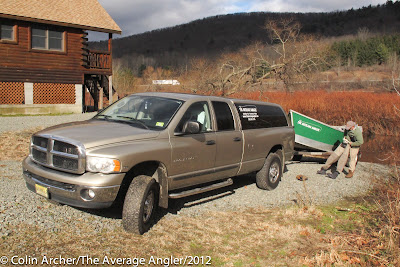 We were on the road on the Garden State Parkway at exit 100 at 6, and by 9 having breakfast at the Roscoe Diner. We dropped off the fridge at our house in Roscoe and quickly hooked up the drift boat. I made a call and had our lovely shuttle girl Sherri "FUDR" Resti meet us at The West Branch Anglers where we were starting our float. A quick ride down and back to drop the truck off and we were off. 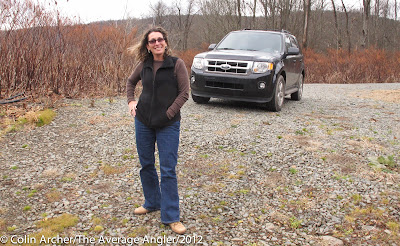 I got behind the oars and Charlie opened with a streamer, holding off until we hit the top of Monument Pool which is open for fishing this time of year. He moved three fish in the Upper Gamelands and then it seemed the back wind doubled in speed and a mast and sail had risen from my boat. We were off to the races. Just a point- our West Branch Anglers to Balls Eddy float took us  37 minutes. Alright, just a little longer, but not by much.
We anchored up in the Lower Gamelands and went small, then switched back to bigger streamers before taking out. It went so fast we never had time to switch positions. After a quick bath in town we hit Shehawken and tried some high sticking which only yielded one bump.
At 530 we met up with some friends and had a great dinner as always and some nice cold beer at Lydias and at 1115 I was opening the door to my house as Charlie pulled away heading back down to Pennsylvania. 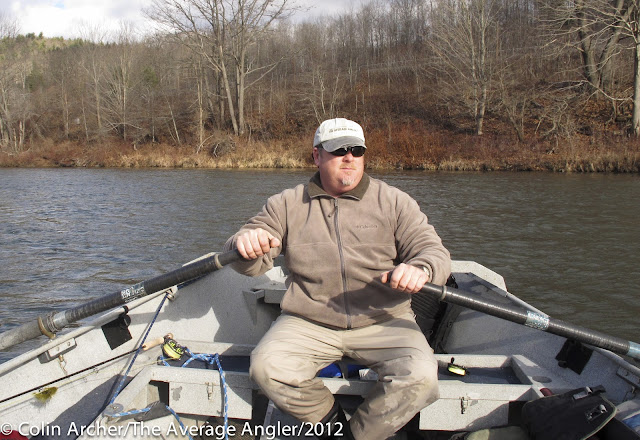 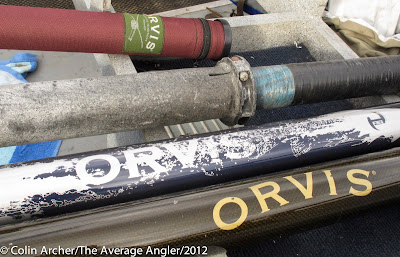 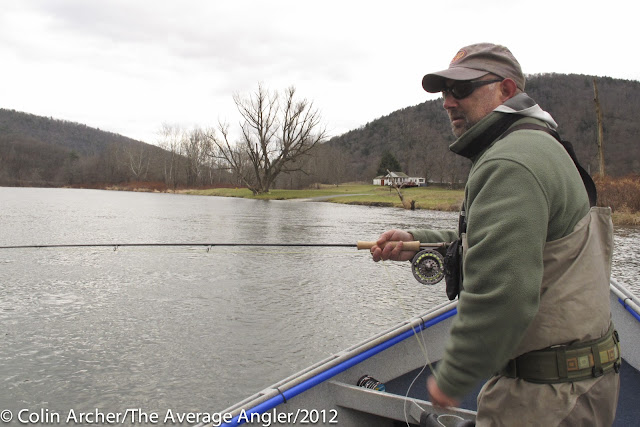 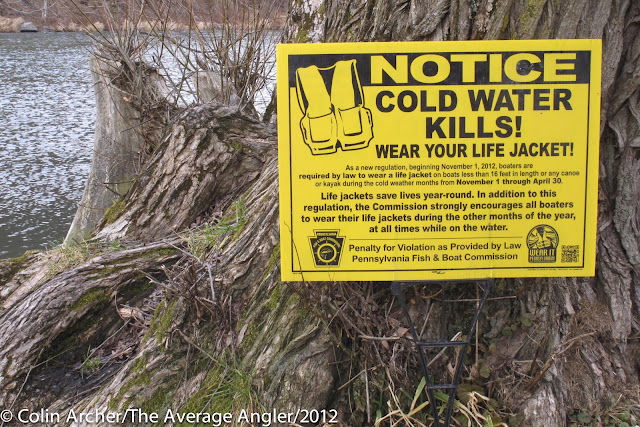 Posted by The Average Angler at 11:48 PM