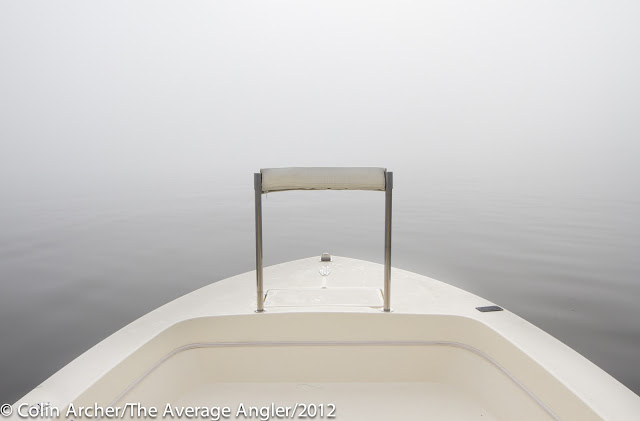 Checked, checked, and double checked today's forecast all day yesterday. Late last night I read about the fog.....so we got the boat wet an hour later. Took a long, slow ride out in almost no visibility hoping to get rewarded right off the bat but that wasn't the case. Couldn't find the birds on the incoming, not that we could have seen them from a distance anyway. So we had to go on the hunt paying special attention to where we were and if anyone else was around. We finally marked bait and some fish but they were here and gone.
We managed three bass before we could see 1000 feet around us. We thought the outgoing and a little more visibility might pick things up. We found the birds on a steady pick of rain bait and only managed to hook one just for a few seconds. It was looking near perfect as we went in and we did a recon of the area and couldn't find a mark.
Just as we called it a day around noon the fog clamped down and we drove in in white-out fog. As we loaded up the boat the sun poked through and burned off the fog a bit. Ii looked like somewhere someone was going to have a good afternoon bite if they had located the bass. 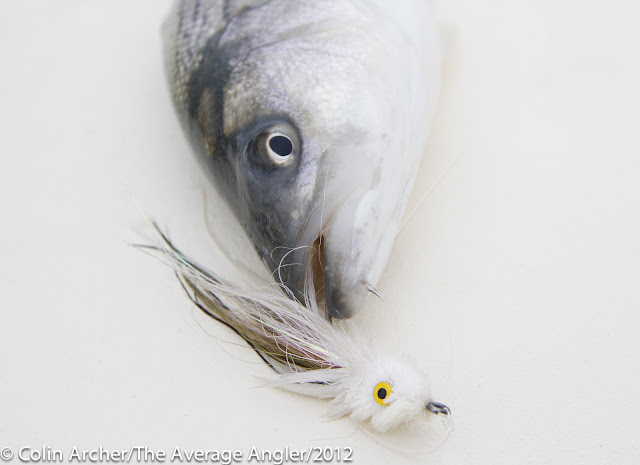 Posted by The Average Angler at 2:38 PM