12.12.12 As residents of Monmouth Beach and Sea Bright continue to shovel sand from their living rooms....

......the US Army Corp of Engineers is pumping 13,000,000 (thirteen million dollars!) of sand up onto the beach. Today I visited the site where work has been in progress for about a month. It started shortly after Sandy hit and is currently happening across from the U.S. Live Saving Station.  It was a scheduled "Beach Renourishment" project that was in the works for a year. It is the second phase, with the first 12,000,0000  (twelve million dollars) phase completed last January. That first phase went from Little Monmouth beach club to the rocks north of Big Monmouth beach club. That sand is either on the other side of Ocean Avenue now, or washed back into the ocean. The second or current phase, is pumping sand from where the first phase ended north of Big Monmouth and continuing into Sea Bright, around where the destroyed Driftwood Cabana Club is now resting on the sea wall.

So in the month and a half after Sandy why are we doing this? Couldn't the 13,000,000 million dollars be spent better as towns try and rebuild and get ready for summer 2013? Yes, this contracted was awarded and on the books- but in the Jersey Shores worst disaster couldn't we have nixed it before it started?

So we will have spent 25,000,000 (twenty five million dollars) on replenishing a mile of beach- where half of it is currently gone, and the rest will be gone in a year or so? The other thing is- will the public, who paid for it- be prohibited access or charged again to step on the sand that they already paid for?

Two things I noticed today. First, they aren't widening the beach much, but raising the height to just below the elevation of the sea wall. And second, there was some real good bird action today just outside of the work zone. There were about 4 boats who were on it and I bet they did good. 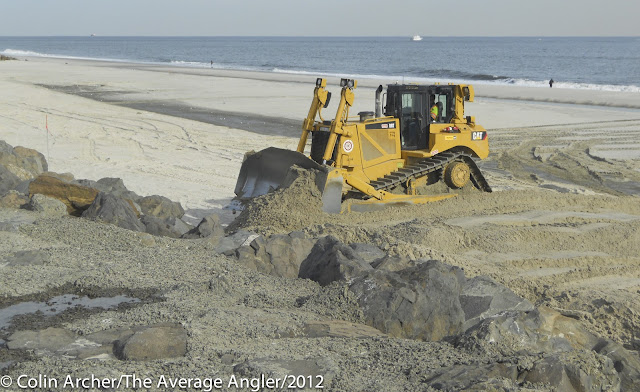 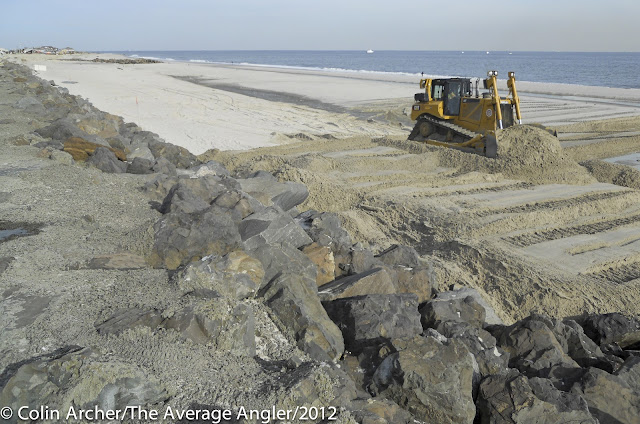 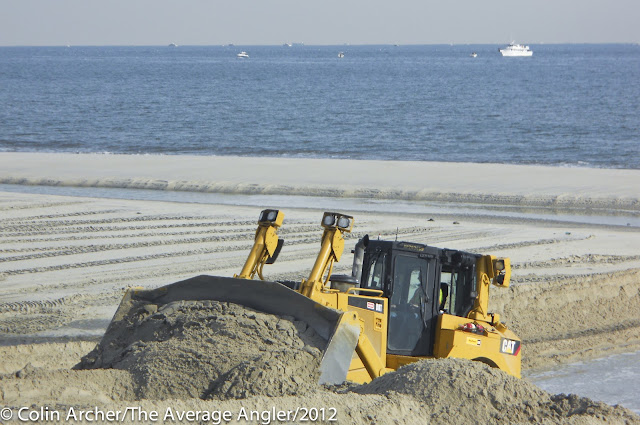 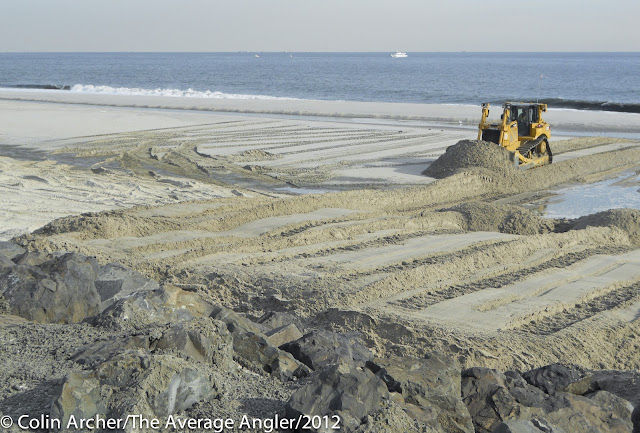 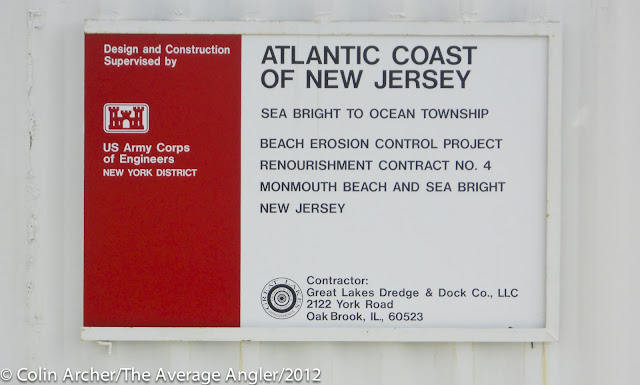 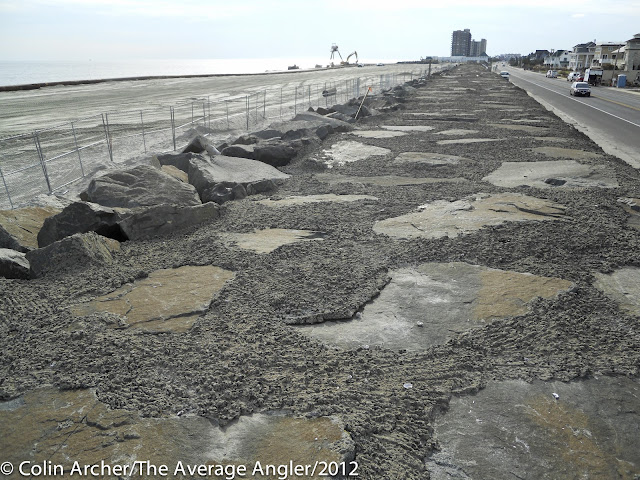 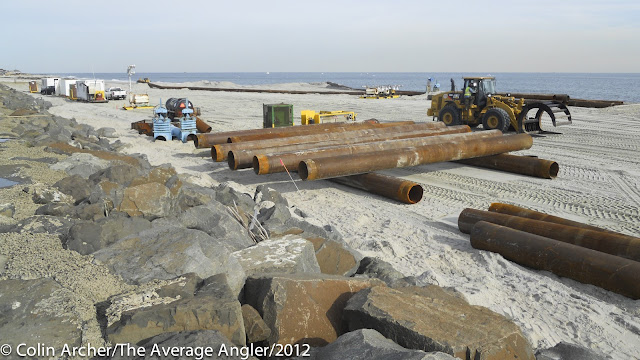 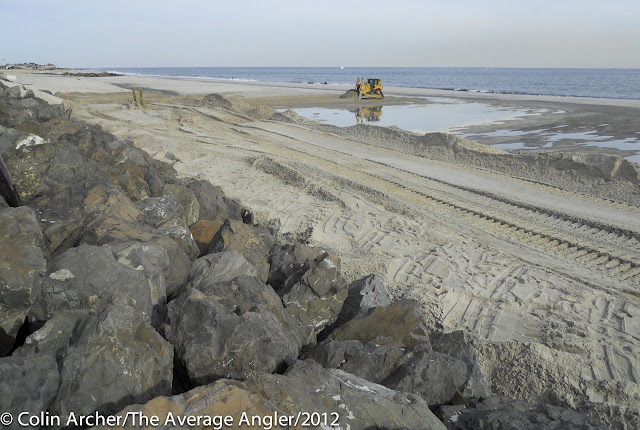