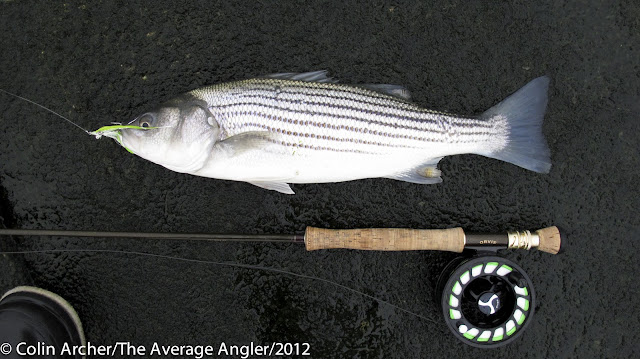 It was a nice morning out on the beach. Light rain, incoming tide, easy wind, overcast skies. I tied on a chartreuse over white Clouser minnow and worked on the edges of the newly Sandy formed sand bars. It wasn't long before I found a few nice and fat football sized fish. As I looked through the lens to take the above picture something caught my eye. On the 2nd dorsal and anal fin I saw what looked to be a sand flea, or better known as a mole crab. I looked closer and found it to be a parasite that I hadn't seen before. I photographed them, removed them, and gently released the striper back into the water.
As I stood on the end of the rocks I could see a large swell coming and before I could decide which way to move it drenched me and the Canon G12 that was around my neck. It is now done, and will go back to Canon for repair. It's a shame because I just love that camera, but like the Canon G1X even more. ( Santa you can read more about it HERE)
At home I downloaded the pictures and took a closer look at the parasite that was on the bass. I tried to cross reference it off the internet but couldn't find a direct match. I reached out to the NJ DEP and found the office where marine biologists and a pathologist work specifically with striped bass.
They told me to email the pictures and I should hear back by days end. Well I did, and below is the pathologists findings-

The parasite is a crustacean known as an ectoparasitic isopod.  There are over 3,000 species of isopods and many of them are in subtropical-tropical environments.  The parasite in the pictures looks like it belongs in the Cymothoidae group and it resembles species within the genus Nerocila.  I am not sure about the species though.  Isopods generally parasitize the external surface of fish, such as the skin and fins.  They feed on the blood of the fish and can do damage to the fish if it is small and a large number of isopods are on them.  Generally one or two on the skin in a striped bass like the one in the picture should not hurt the fish too badly. 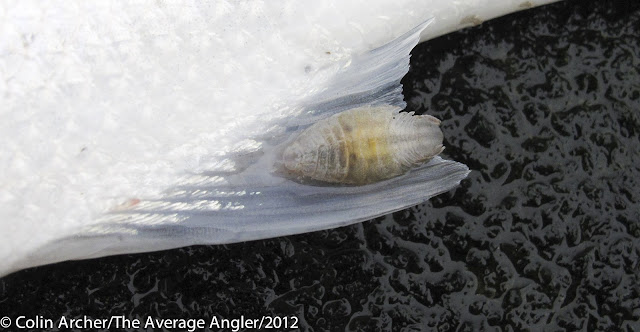 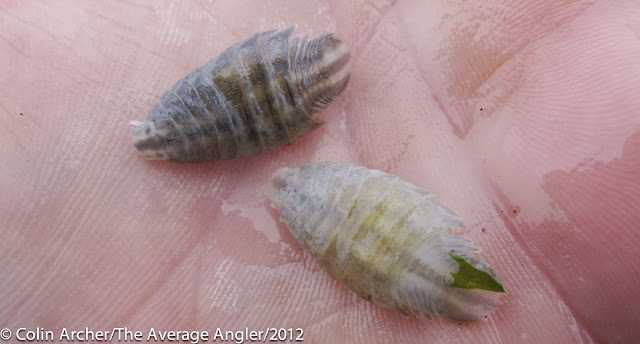 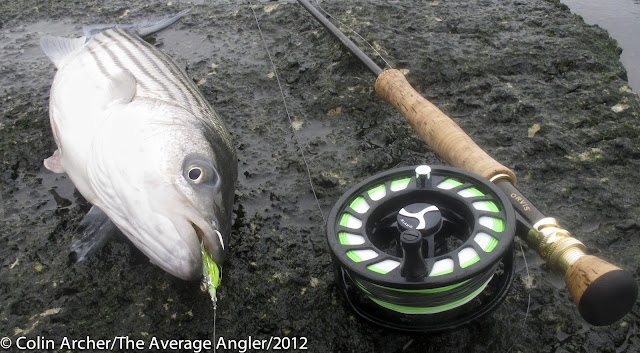 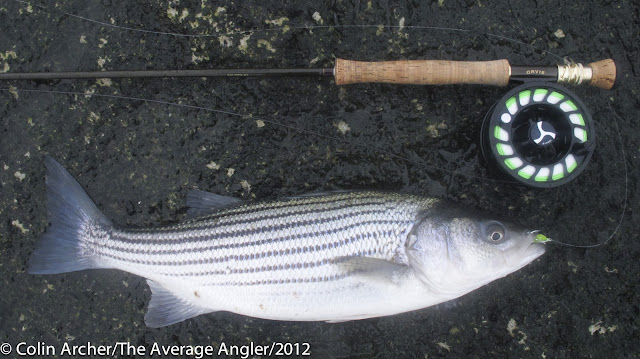 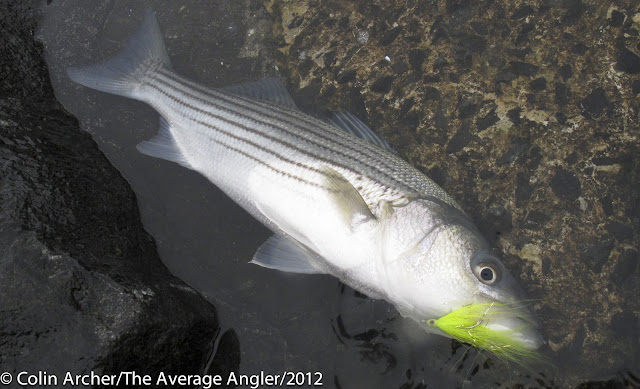 Posted by The Average Angler at 7:40 PM