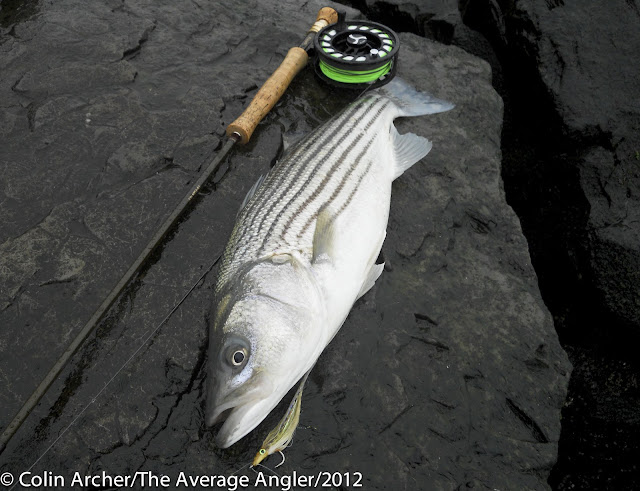 The weather kept the boat on the trailer today and their were no takers for a beach or jetty trip so I headed out after some office work. South wind stinks right? That's the old saying. Well I hit three spots,
spot one on first hour of the incoming just didn't enough water so I didn't wet a line, spot two looked fishy and I made a few casts without a bump, spot three, well that was a home run as I found a hoeny hole.
By the time I made it to the last spot and took the long hike it was the second hour of the incoming. Hard S wind and the incoming made the water on the south side of the groins nice and white but not easy to fish. There were fish to be had, but landing them made for a difficult, wet, and treacherous act.
I found the north side just sweet. Hero casts with the wind at your back, white water without the bigger crashing waves, and a honey hole occupied with a bunch of hungry stripers looking for a meal. The best part was they were the bigger 22-25 inch fish that are young, strong, pretty and clean. I fished for two hours landing a handfull, missing the ones that wouldn't commit, and not connecting on some good takes. It took several fly changes to find the one that they wanted to eat.

Want a boat or beach trip before the holidays hit? Drop me a line colin@theaverageangler.com or call me 732.261.7291 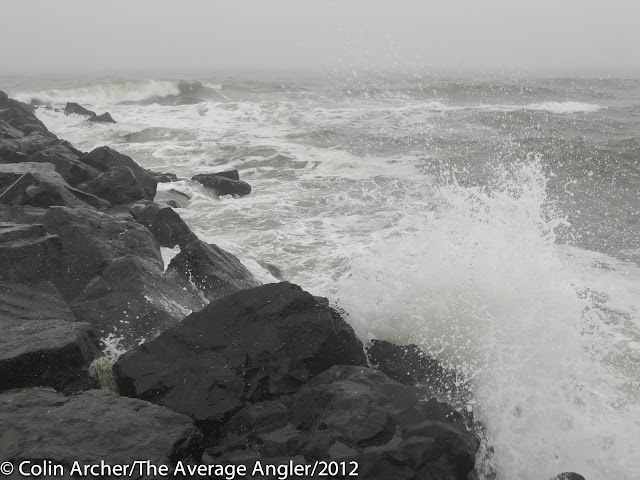 Posted by The Average Angler at 3:01 PM