11.13.11 Bass on metal this morning, wouldn't touch anything else 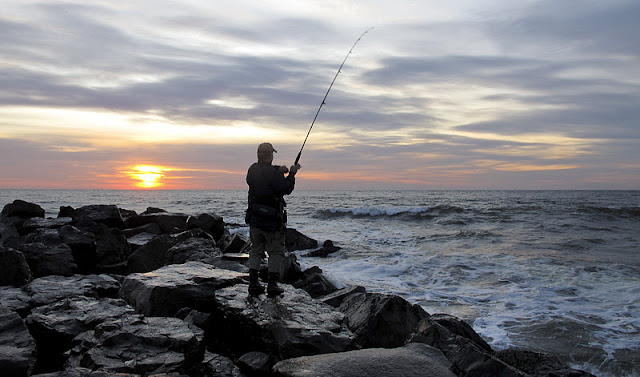 Early this morning was the day for the metal guy. I got down to Deal before first light and was out on the tip of the rocks on the incoming. Of course I had my "new" net with me just waiting to try it out. I fished left, front, right without a bump. As the waves got bigger and the ocean got higher I decided to get off that groin as there's a low spot near the beach. I saw my buddy Rich on the end of the next groin and made my way out to him. There was a fly angler working mid way out and he didn't get anything. Rich was all jazzed up still from yesterday, but that was well, yesterday. Today there was no birds or bunker around. It was just a S wind with good sized waves crashing on the rocks. Rich had already landed and released a 25 inch fish and soon after got into another one using an AVA with red tail. There were plenty of other guys out throwing flys, poppers, and Bombers, and even a large contingent of clam soakers. He then went on and put on a striper-fishing-on metal-clinic by hooking and or landing about a half a dozen fish in total. 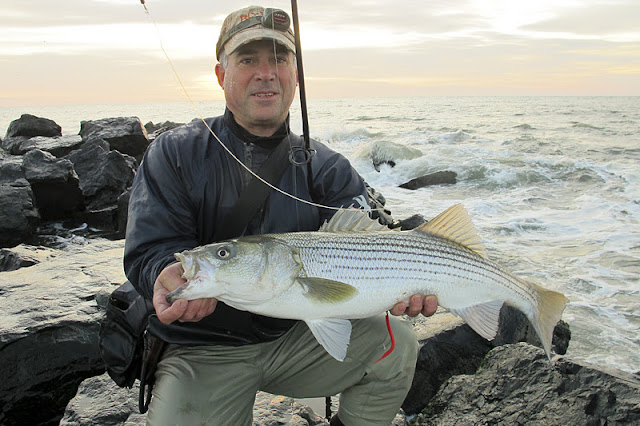 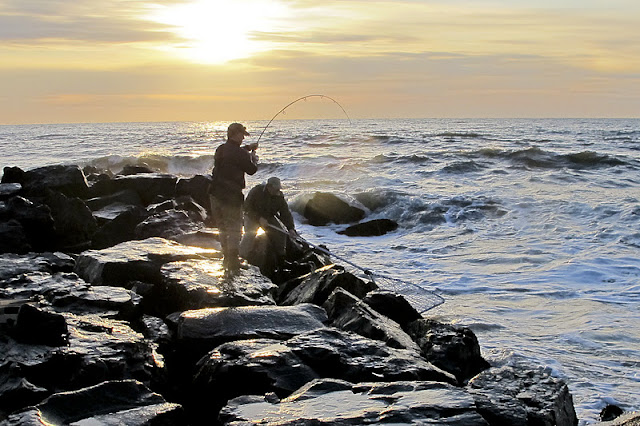 But the story of the day was being able to use my new super amazing net. Let's just say we need to go back into the engineering a little more. Like I've said, love the idea, but getting it usable and right is taking some time. Short of carrying a gaff, a fly rodder definitely has more of a challenge landing fish off the rocks than a spin fisher. Rich is using 30 pound Power Pro with a 60 pound leader, he is able to lift those fish up the rocks with out a problem.
So when Rich got a nice fish on I dropped my rod, basket and Gale Force pack and got ready to land his fish. I extended it out to 10 foot and waited for him to guide the fish to me. The water was rough and the waves broke at my knees making holding the net flat hard. Then when we did get the fish on the net I couldn't pick it up AND keep it flat because it would roll off. So, after today, I realized I need to have more of a belly in the netting and that it can't be used to just guide the fish up the rocks, but net it as well.
It will work, I swear. 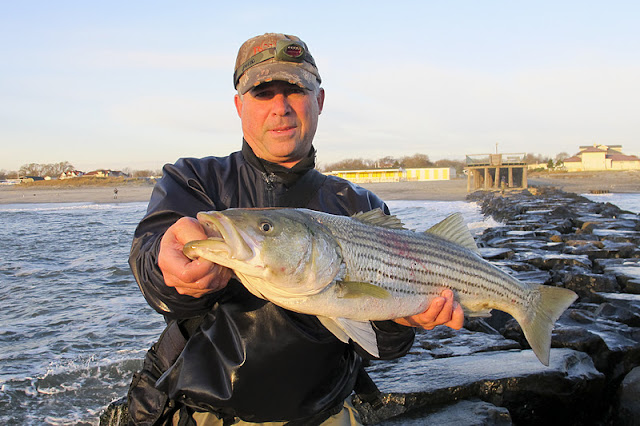 Posted by The Average Angler at 11:41 AM