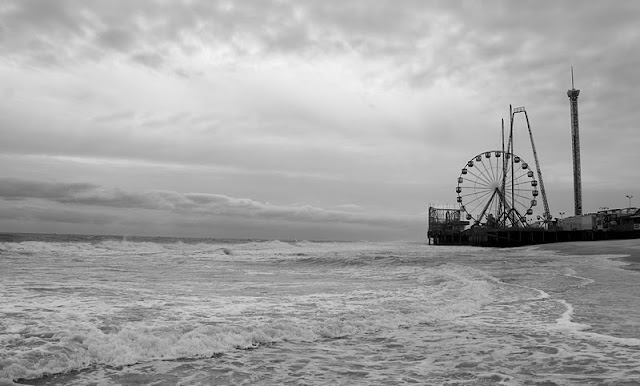 I almost give up, that's the way I feel as of late. I'm kidding of course, it's just frustrating the way this years fall striper run here in New Jersey is going. Today I fished way too much. I started in Avon at 330 a.m. with Pennsy Bob fishing the Shark River Inlet, not a nothing and saw nothing. Then I moved to 8 th Ave and fished along a guy soaking clams, nothing. Then I finished up for an hour an a half fishing the tip of the rocks in Deal, nada. Few things, one, I see no bait, none, anywhwere on the outside. Water temps are around 58 degrees and maybe the bait hasn't moved out yet. Two, I talked with two guys today who one snagged , and the second, cut open a keeper and found 9 inch sand eels inside. I think that's what that first big push of stripers was on. It left Montauk and followed them right to the IBSP/ Barnegat area, and now they are moving south. Today I saw lots of northern party parts motoring south today in sh%t wind and seas to fish. 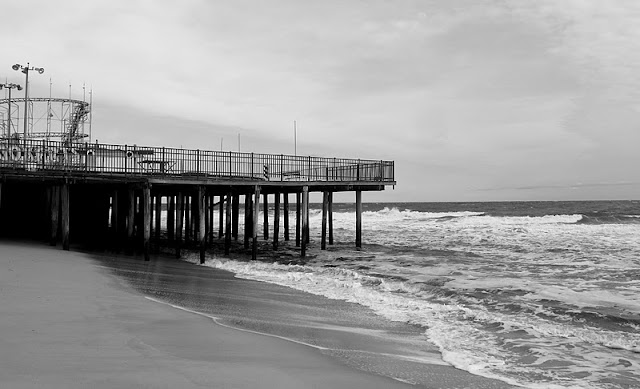 So after some quick editing and photo/computer work I decided to go south. I have seen some pretty good reports ( Shore Catch and Betty and Nicks) about the beaches down near Seaside/ IBSP/ Barnegat Inlet, so I figured what's the harm. I always like fishing near the Casino Pier in Seaside Park so I settled there around 1030. It was the start of the incoming and I knew I had a little wait for the bait and the fish to come over the sand bars and get active in the trough. The wind was NW and howling up to 30, so it made throwing a chartreuse/white Clouser fun. I worked north and south of the pier without a bump. I met up with two brothers who fish this beat often and they said yesterday they had keeper fish come in yesterday an hour before high tide. I tried to leave from 12;30- 2;30, but they kept saying you should stay. Then one brother left, and the remaining brother Hank, kept my interest peaked. He's been fishing here for years and was full of tips and general fishing knowledge. Soon, a few more locals showed up and started to fish pretty hard, maybe something was going the baitto happen. Around 245 guys started to walk off the beach, and I did also. I walked up the ramp as a few guys sat in their trucks watching the surf.
Then the worst part of my day happened. I saw something under my windshield wiper. It was a parking ticket. I looked at the 2,000 parking spaces and there were about 6 cars and trucks parked. Three had tickets. Are you kidding me? The lot during the day is used by anglers, beach walkers, and the fitness conscience and the elderly walking the boardwalk! It's not summer anymore. I looked for a sign that said that parking was enforced, and found a small sticker on each meter that said from September 15th - May 15th meters must be fed from Thursday at 12 till Monday at 7. That one a business card sized sticker. The ticket is $ 45 dollars. 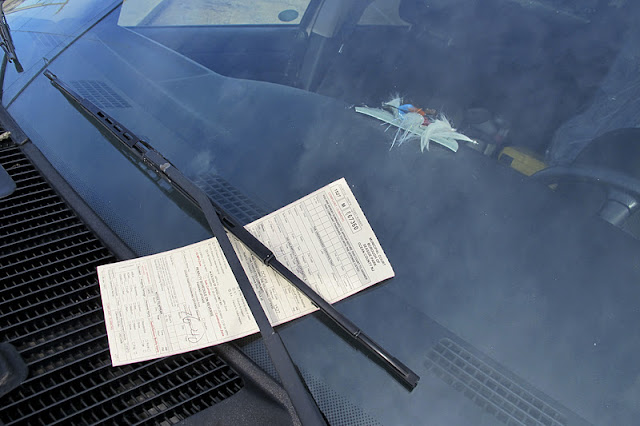 I'll never spend a dollar in that town. I hope they put the 45 dollars to good use. 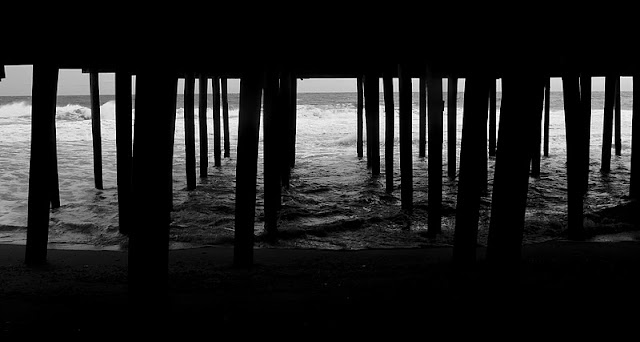 Posted by The Average Angler at 5:35 PM