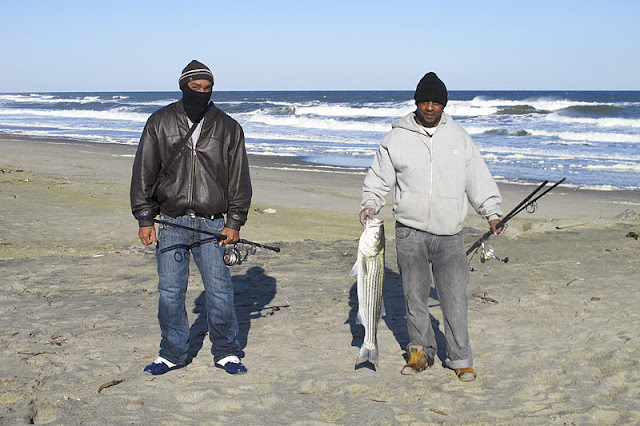 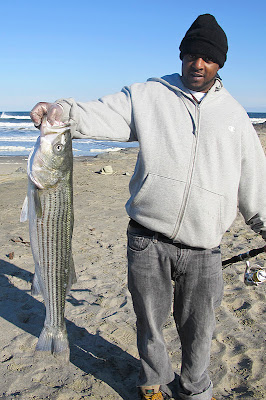 Hit it at 230 am in a gusting NE wind that made fly presentation difficult. Threw the 10 wt Helios with the Depth Charge line which helped coupled with a black Clouser. Decided to fish with others so I moved to Asbury Park. When I got to 8th Ave it was empty. I was surprised. So I made my way down to The Flume and continued with the Clouser. Over the next 45 minutes I managed to drop 4 bass. One really nice fish that I walked almost all the way to the beach before it spit the hook. One snapped the tippet at the hook, the other I ripped the hook out of it's mouth because I thought I was snagged on the rocks, and the other I just blew. After that 45 minutes I made 1,000 casts trying to get one more as the tide ran out.
I hit it again at 8th Ave at 4pm and found these fellas walking off with a nice fish they just caught on clams near the beach. I worked the same water as last night without a bump. While fishing I saw an SUV back a trailer into the water at Allenhurst followed by a State Police helicopter overhead and a Coast Guard cutter motoring up from Sharkk River. Two rescuers on jet skis from Allenhurst joined in. There was report of a swimmer in distress but it turned out to be a bunch of mylar balloons floating in the surface. 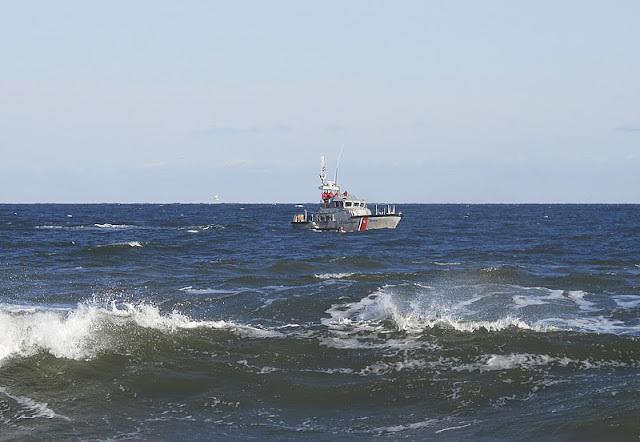 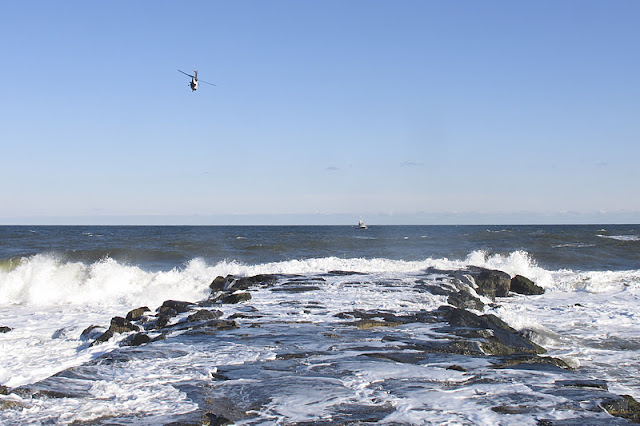 Posted by The Average Angler at 5:01 PM