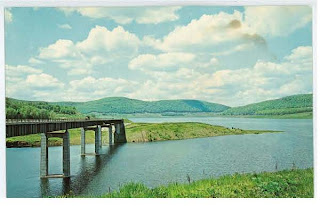 Old postcard of the Cannonsville Reservoir
Well today started the releases from the Cannonsville Dam into the West Branch of the Delaware River.  They are releasing 600 cubic feet per second. That bottom release will help cool the West Branch and Main Stem as flows in the near 2,000 have been over 60 degrees. This new plan is higher than the agreed upon 260 cfs release that was planned for June, July and August. 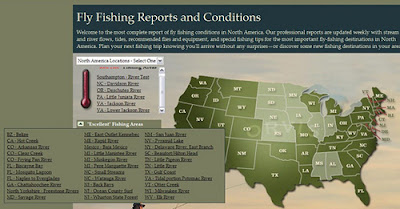 Also, I have been a contributor to the Orvis Fishing Report that can be found HERE. I met Tom Rosenbauer at the Orvis Guide Rendevous and he asked if I consider being the Northern NJ Coast guy. So I update from the Manasquan Inlet to the Raritan Bay.

Guide day off! I was scheduled to guide this Saturday but the client cancelled. It was a trip with Joe Demalderis, part of a larger group. I was looking forward to my first opportunity to work with Joe. Maybe next time.I am learning how prevalent cancellations are in this business. Just gotta roll with it. 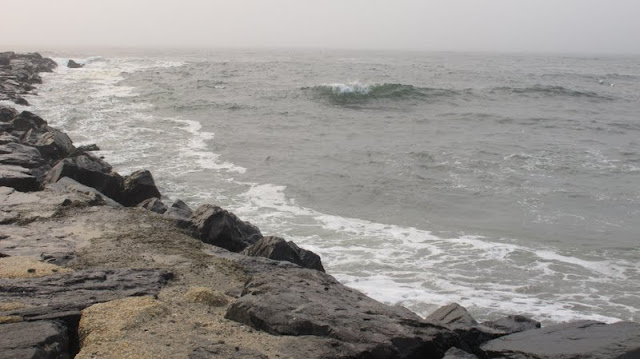 Phillips this morning
At lastly. I was at it this morning around 5am hitting Deal. I had two on on Brighton and then a nice one on on Phillips. Barbless hooks. late hook set, excuses, excuses. After work today around 4 pm I went down to Allenhurst to see what was happening. A line of bunker from Long Branch to Belmar. Pop, pop, pop- but not a fish in sight. I watched as a guy parked his work van, grabbed a light rod with a spoon on it, walk down the ramp, make three casts and catch a 35 inch 20 pound fish, and then walk up the ramp and leave. Kind of like a walk off home run! I'm going out late tonight.
Posted by The Average Angler at 6:14 PM