06.19.11 Heavy storms from the west this morning and blowing south winds last night 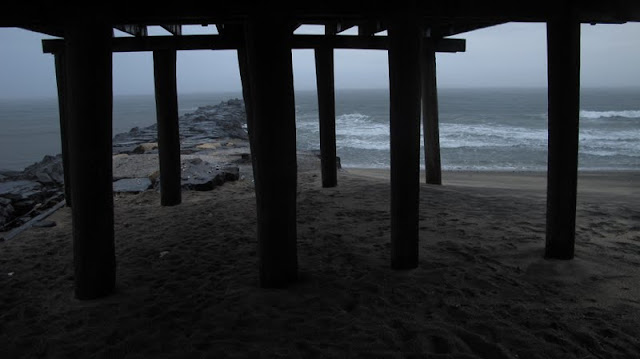 I went out last evening with my daughter and tried to get a fluke on the fly rod for her. The wind was blowing from the south and after I caught my Half and Half dead in the center of my back on my forward cast at 100 miles per hour I called it quits. It stung so much I felt nauseous.
This morning I got out around 530 am in Deal, only to catch heavy rain and lightning after about 10 casts. Later. I got into my truck and drove to 8th Ave, lots of guys sitting and waiting. Wind should change later today so hopefully that'll be better. "Winds from the south, fish shut their mouths."
Posted by The Average Angler at 7:03 AM