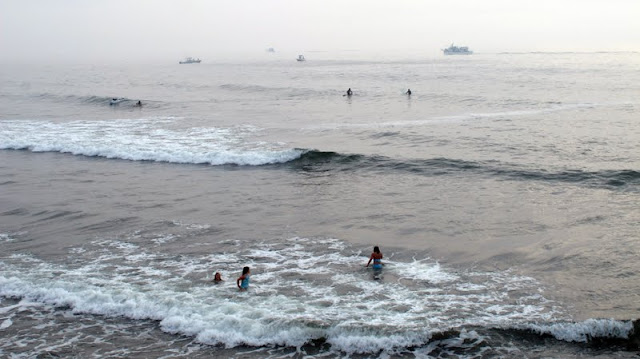 Since I've been away for the last few days I decided to do a short tour along the beaches to see what was going on. Pods of bunker continue to travel up and down the coast. Early this morning boats were mixed in with surfers and bathers as bunker came in close with a few fish under them. I saw the boast hook into big fish. Guys on the end of the groins were waiting, and they waited, but never got within range of the snagging hooks to snag and drop.
The last few nights the fish have been on the bunker from Monmouth Beach down to Allenhurst, it's just a matter of being in the right place at the right time. Which yesterday was late afternoon in the middle of the rain and lightning storm. 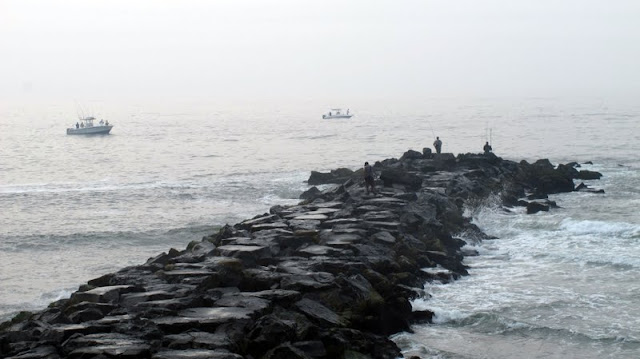 Posted by The Average Angler at 8:35 AM