06.26.11 The law comes to Marine Place on Saturday...and happy bunker stay off the beaches this morning

Late yesterday afternoon I had to get down and see this late day bite which has been hitting like clockwork everyday. I drove to Allenhurst and saw 25 guys with poles pointed up jockeying for position at the end of the rocks. Summer is in full swing and parking around that area is nearly impossible, so I went over to Marine Place. I watched as each groin tip got populated with anglers waiting for the stripers to push the bunker within striking distance. I watched a full out blitz last for several minutes about 500 yards off the beach. One boat was on it and I saw one large bass caught. 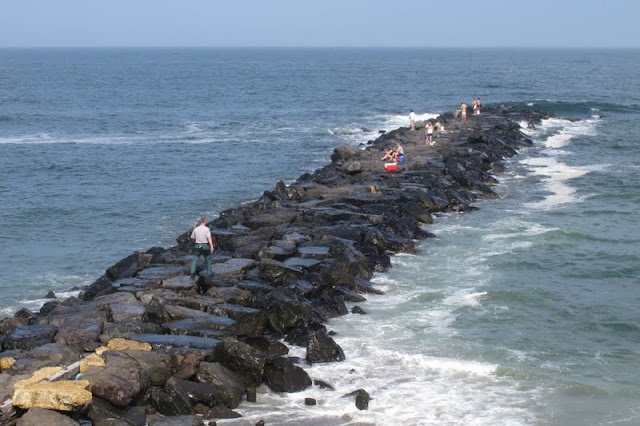 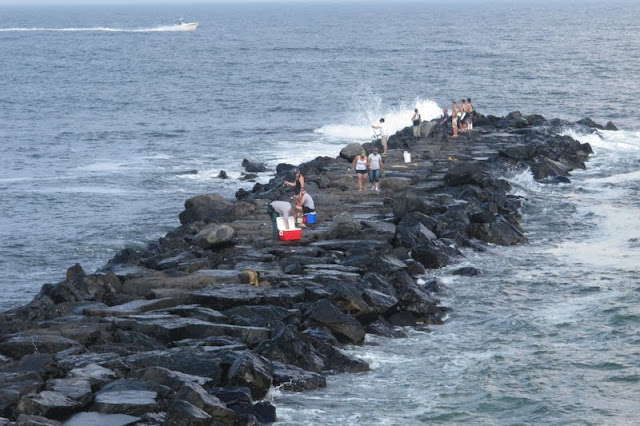 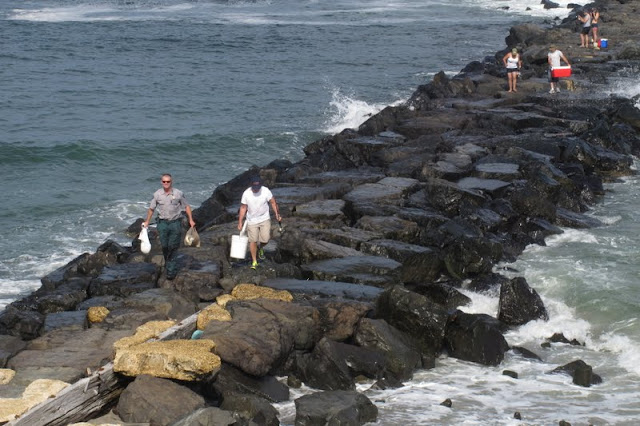 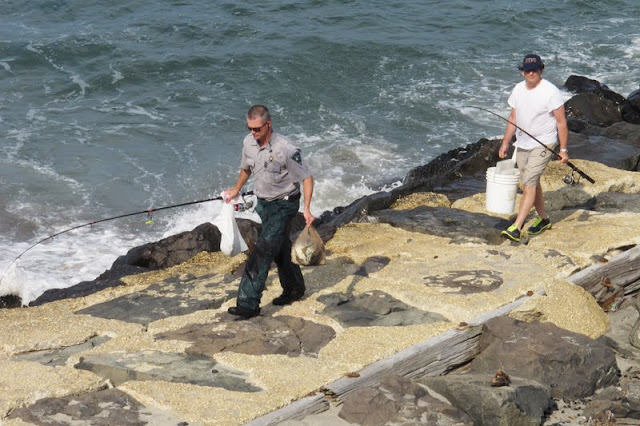 What caught my eye more than that however was a NJ Fish and Wildlife Officer making his way out on the rocks at Marine Place. I could tell from his walk he was on a mission. He stopped and checked coolers and stringers and directed three people off the groin to the street where Deal police officers were waiting. I thought at first he might be checking the NJ Saltwater Registry cards, but I guess short fluke are a better hit. 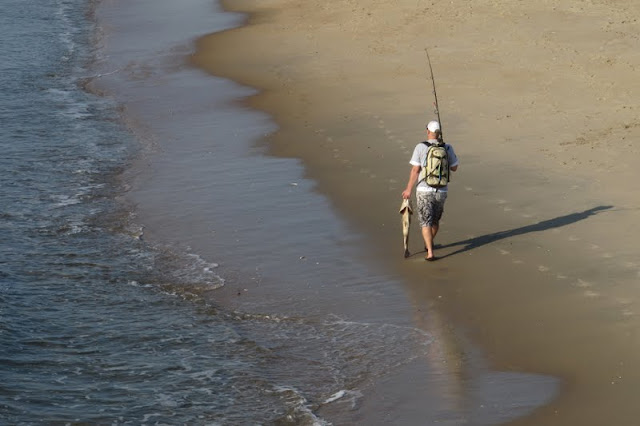 This morning I did the Long Branch to Ocean Grove tour. Acres of bunker with an armada of boats on the water. I saw one guy walking around with a crusty striper he got on a pencil popper around 2 a.m. I didn't wet a line but did scout some water in Ocean Grove. I drove past this town 1,000 times a year, and only fish it a few times. The beat in the picture looks promising. Can you look and see where fish may be holding?

The fleet off Bradley Beach 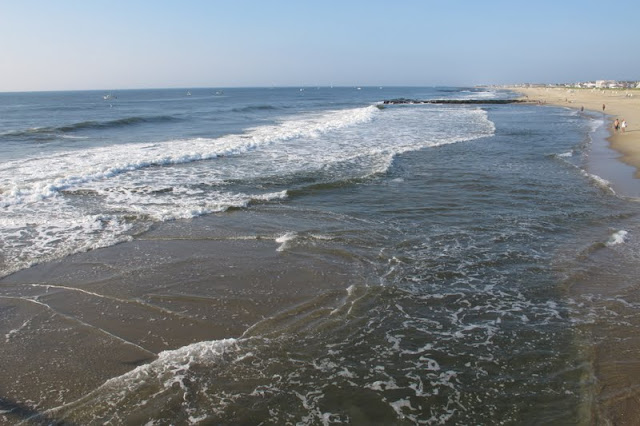 Posted by The Average Angler at 8:46 AM