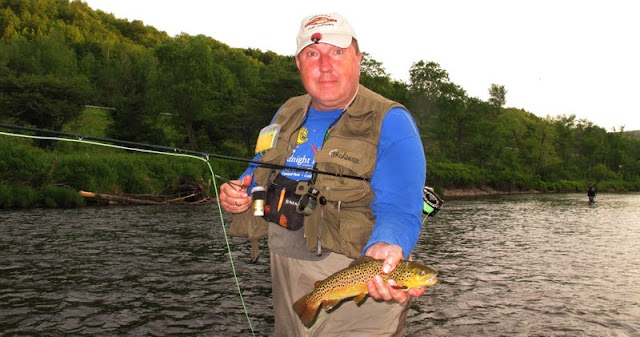 Tom with a Willowemoc brown
Just got back from my Friday to Sunday Catskills trip. Left Friday around 430 am and by 8 I was with Jim and some of the JSTU guys for breakfast at the Roscoe Diner. Jim and I decided to float the West Branch even though the winds were steady from the north at 20, with frequent strong gusts. We got the boat from the Roscoe house and stopped at the Butternut Grove Campground where most of our guys were staying. I set up our shuttle and we put in at Hale Eddy around noon. Jim started throwing a leech, then moved to nymphs, then ended the day with a dry fly- all waiting for targets to show themselves, which they never did. We floated down to Shehawken and took out around 830 shortly after the wind died down. I heard guys who waited to just before dark were rewarded well. 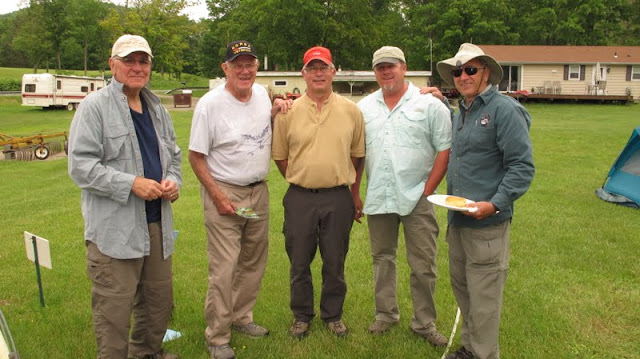 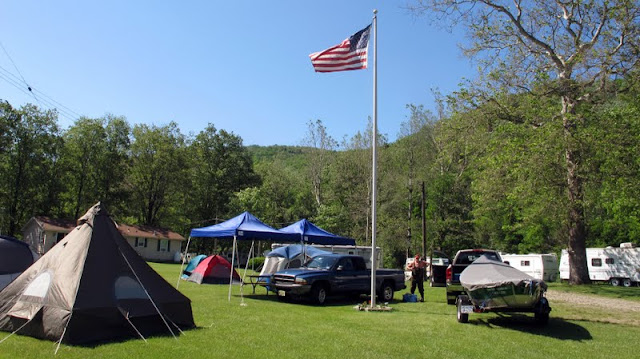 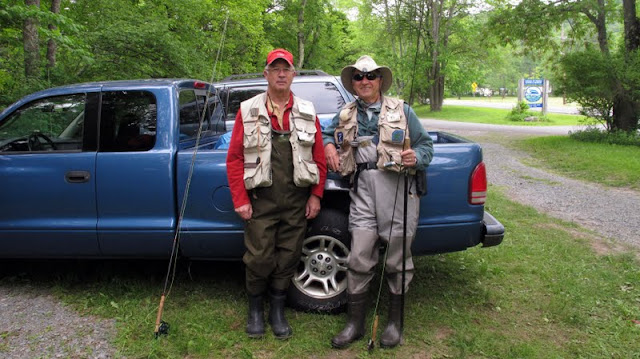 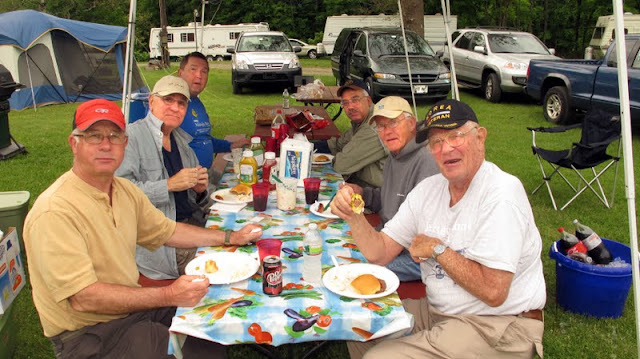 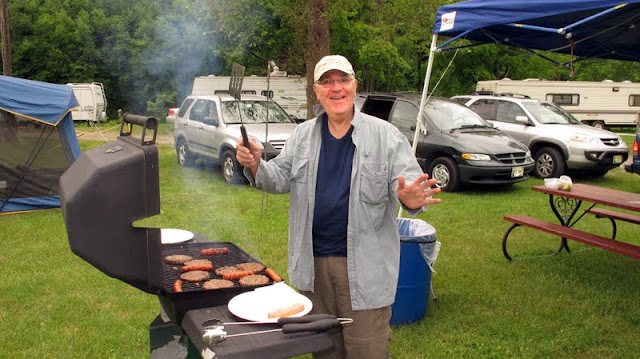 Bill the cook
My float trip I had booked for Saturday cancelled so I took the time to fish the morning on the Beaverkill where I picked up two twin 10 inch browns below Butternut Grove. After a noon barbecue I asked if anyone wanted to hit the West Branch, and there were no takers so I took a quick drive to the Lower Gamelands and had targets that were on March Browns and Grey Foxes. I landed two and missed two more.
In the evening I fished with Tom and Jim on the Willowemoc. As soon as I got in the water I caught two fish @ 8 inches, followed by one @ 6 inches. It was then I realized I had become a Delaware "snob". I wanted to get outta there. I could only imagine how the Upper Gamelands, Methodist Pool, and Bard Parker were doing at that time. I just stood and waited until Tom invited me down to fish near him where he caught at least 20 fish. I fished the water he had fished and caught two fish, one nice fish at 14 inches. But I realize I only want to fish the Delaware if I am within 200 miles of it. No others waters for me will do, that is a shame. I'll have to work on that with my shrink!
On Sunday we ate again at the Roscoe Diner before I dropped the drift boat off and headed back home to New Jersey. 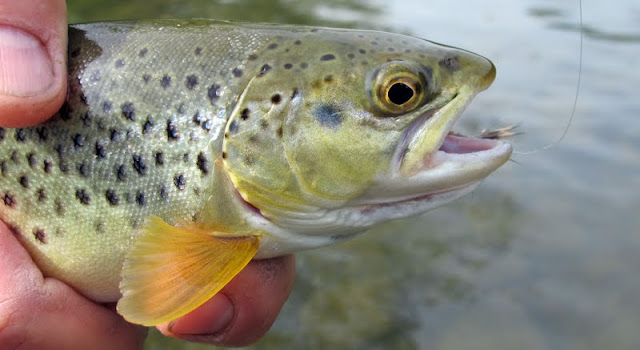 West Branch of the Delaware brown trout
Posted by The Average Angler at 10:11 PM