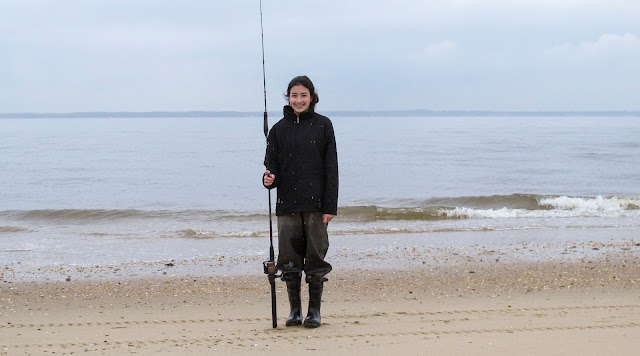 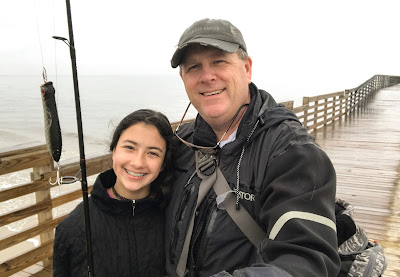 What a day. Up at 330 am to bring my mom to the airport. On the beach by 615 with Joe. Nap from 1030-1130. And the best my daughter says "I want to go fishing!". So off we went. Determined not to make the same mistake I did with the boys and fly fishing, I told her I'd grab a spinning rod and we'd go look for bluefish. I'd heard they made their presence known this past week so we were off on an adventure. She was able to wear Theresa's waders and we did the cast-and-reel-switch. We started 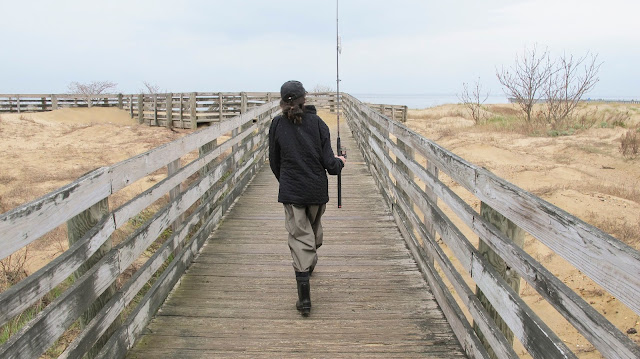 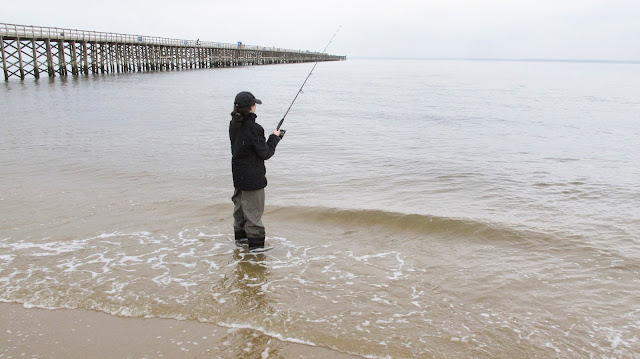 using topwater but didn't manage a look. We jumped around pretty good and didn't see anything caught. After a quick bite we tried one more spot and got some good advice to stick to metal since the fish were low and slow. I had a bunch of metal things and a spinning rod, with braid, which I hate, but we were off and running.

Over the next three hours Erin fought about six blues ranging probably from 12-16 pounds. Some came unbuttoned, some the guide-braid-knot failed, maybe got bit off once or twice, and the hardest one was losing one at the net. I bumped into Jersey plug maker Nick Luna and he was just about to wrap up her fish when the line, we think it might have been concrete rub, parted. He felt bad but for no reason, good lesson for Erin, it happens. We tried and failed a few more times and each time the guys around her with nothing but supportive and rooting for her. It was a great day and with no fish landed it only has her wanting more saying as we drove home, "Can we go tomorrow?". Good stuff. 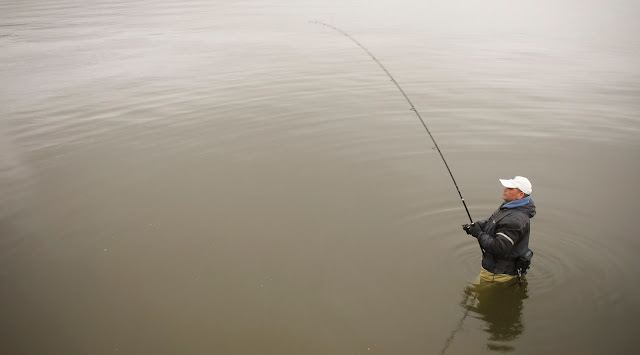 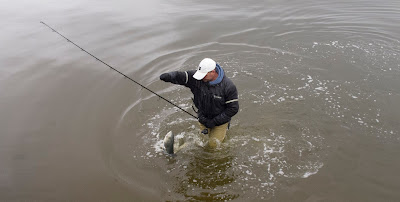 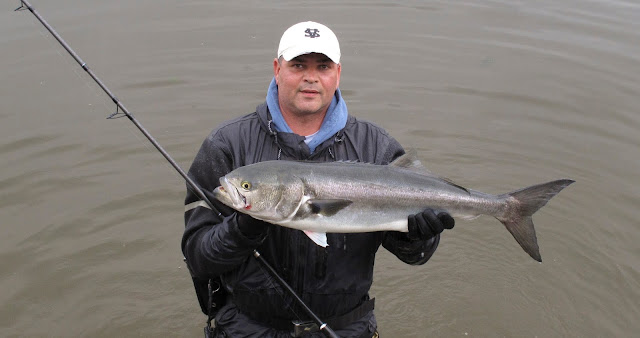 As I said I started the morning with Joe out front not far from the house. A little big at first but as the tide ebbed it got really nice looking. Skunk for me but Joe caught this 31" beauty not to far from her stood on the beach. He had a two-fly setup going and the fish, in the big water, took the smaller teaser. Good start to a great day. 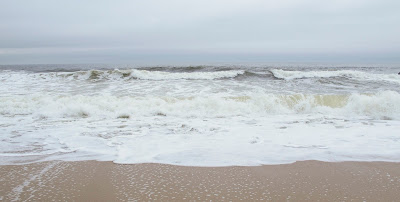 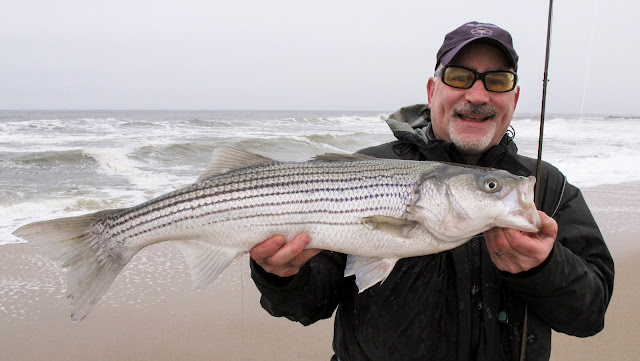 Posted by The Average Angler at 7:42 PM