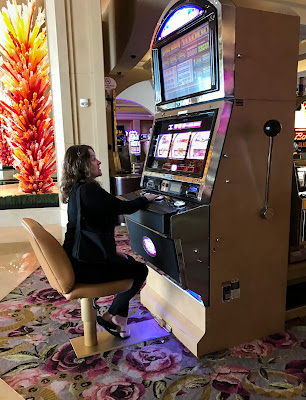 When Borgata calls we listen. Got offered a free night stay so after work we were gone. Stopped at  Bob Popovic's Shady Rest for lunch on the way down. Always good to see Bob and start the getting-psyched-for-Martha's Vineyard talk going. I think it's important to have that same tip each year no matter where it is. It's good for soul and gives you something to look forward to, catch fish or not. 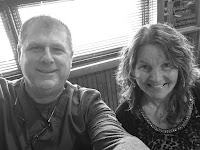 Shortly after arriving......we were down even with $180 in free bonus slot money. Somehow the computers must know you're using house funds. We stayed that way pretty much the less-than-24-hours we were there. Overtime we were closed to being up but each time it was a long nail-biting grind. Fun none-the-less. This was the first time we almost walked out of the comedy show.....the last act was really bad and I felt bad as people walked out. She must have felt she was bombing. 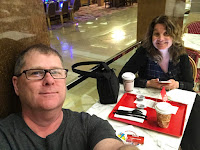 After breakfast we planned on doing what we did last time, going up big as we walked out the door. So it was free breakfast as Bread & Butter then right to roulette, which is my favorite game regardless of the odds. We played for hours and in the end we were up......$5. To leave the parking deck we handed that $5 over to the parking attendant. 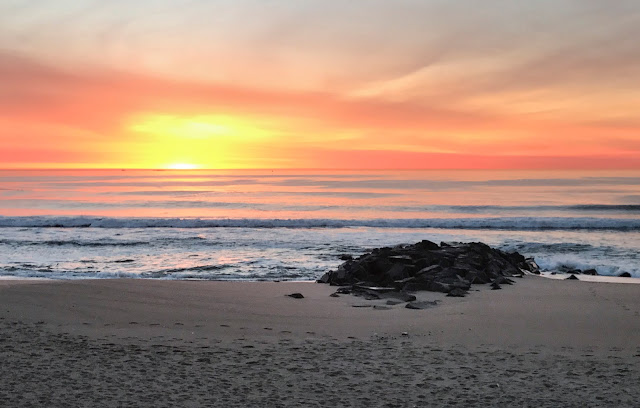 Before work on Monday morning I stopped by the beach and its starting to look like spring. Love those first lights on the beach. Things are looking good and will be better as the temps rise.