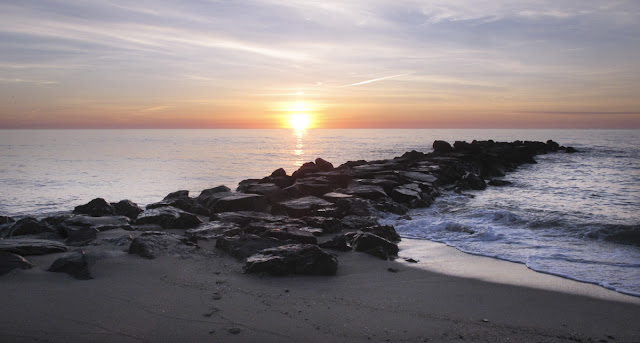 Needed to get away and clear my head so I was up early and on the beach when the sun come up. After about 30 casts and not a touch I lost interest. Found a few buddies who hadn't had caught one so I decided to do a quick tour. But first I got my new pair of Orvis Encounter felt boot foot waders. Have to be honest, as I walked in the water I was just waiting to feel wet. The water was cold so it made me feel like my feet weren't dry, but when I got home four hours later they were dry, except for the dampness from good old foot sweat. 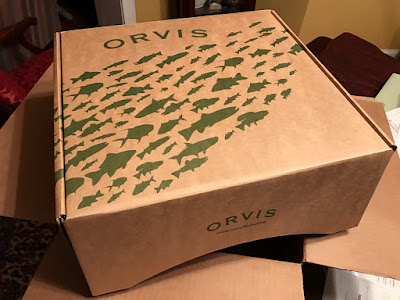 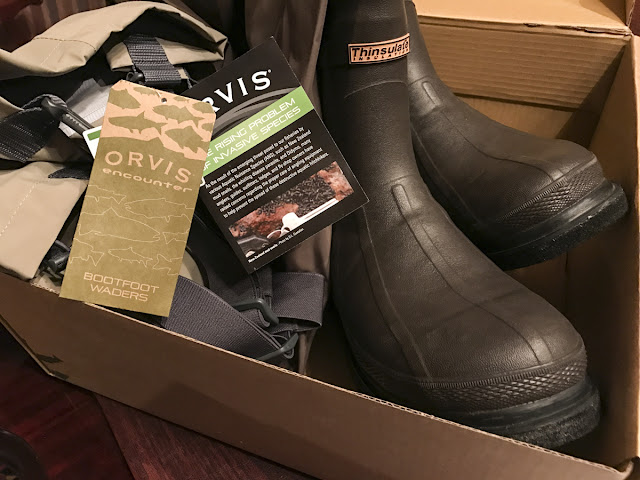 I hit the back of the first river and watched as the ospreys watched an occasional bunker hit the top of the water column. I was waiting for one to leave the nest and fish but they never did. Didn't get a touch but it was good to visit this spot for the first time this season. Its a hit or miss spot, very time and tidey.  When the bait and fish are there it can be a fun spot. There's a lot of those off the beaten path spots, especially out back. You just have to break the cycle and fish them for the first time.

I then hit the bay, stopping first where the bluefish seem to invade in good numbers. No one out and no sign of life, although sometimes just because you can't see them doesn't mean their not there. I moved to where a creek empties out and had the ebb tide on my side. I enjoyed walking the stripping basket high water but didn't get a tap. Stopped and fished two spots and the guys lined up soaking clams, worms, or bunker hadn't had a touch either. I think it could be good later, low tide around 230. Then the water, and hopefully fish, will come in over the warmed mud looking for a meal. 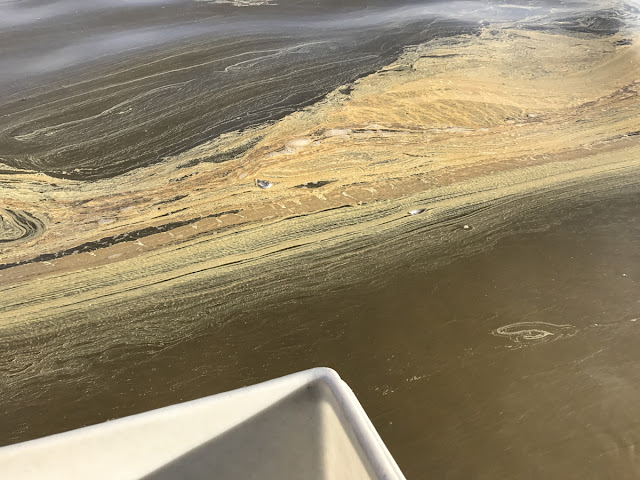 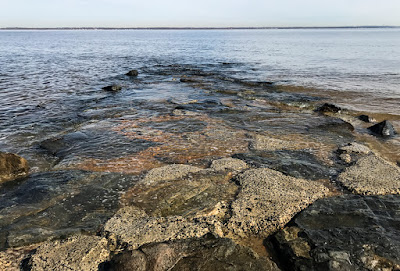 My last stop was a few hours later hitting the river near my house. I few bunker here and there on the strong outgoing but nothing took my fly. For any fisherman that lost something in Red Bank, I found it! Call or email me as I felt weird just leaving it there. There wasn't a soul around. 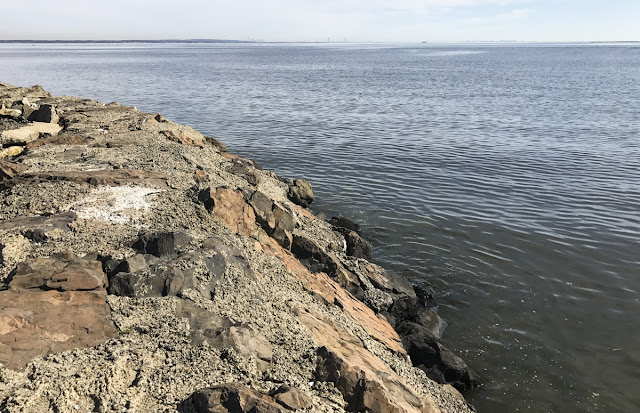 Posted by The Average Angler at 1:24 PM