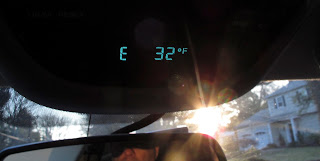 While away this weekend the winds and the surf were up and with a nice morning, wetly winds, and a tide flip after first light I decided to give it a go. Fished for about an hour without a tap. I was the only guy out there and I was hoping someone with a spinning rod throwing something different would prove my thinking that no one was home correct. And then Charlie came down, with a spinning and a fly rod. I watched him make a dozen or so casts and I was convinced.....no one home.

I had tied on a chunkier fly hoping to attract some of the bigger fish that are around. I heard of a 36" bass caught as the bunker pods were swimming in near the rocks. Yep, the bunker is out front, and in the bay also. I moved around making a bunch of casts here and there. Little Monmouth continues to look better and spots along the northern coast are starting to resemble days of old, even if just a little. The birds were there but just sunning on the sand or floating in the water, which was clear and easy to see through. Finished up looking at the Hook and inside the bay with nothing too impressive to make me want and stop. March 1st is almost here and the season in the bays and rivers begins, it shouldn't be long before the word of keepers start to make their way around social media. I think it's going to be an early spring.

While driving home along 295 the other day I looked over at the Delaware and saw tons of birds active over the water. That's a good sign. I hope conditions are good in that river and there is a good spawning year, although conditions have to be good in many different ways for that to happen. I got a feeling about the herring this year, think we're going to see a lot of them, which may be the payoff for laying off them for a few years. 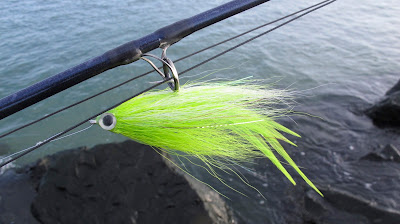 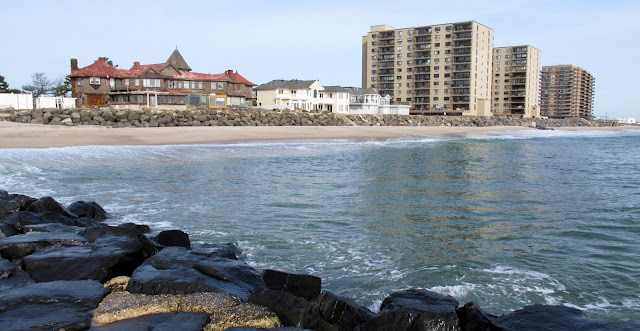 Posted by The Average Angler at 12:02 PM