Got some potentially shitty news on Friday so I wanted to clear my head and hit the beach in the morning. Decided I didn't need to be there at first light with dead low at 7 so I got down an hour into the incoming. Deal is shut down as the madness continues. The sifting for ordinances is ridiculous. Why wasn't that incorporated into the initial pumping of sand? Talk about "Drain the Swamp". People are cheering Pauline as he fights for two more and an inch less for the fluke this summer?? Please give me a break with this guy. Arrests him already for at least stupidity.

It was raw cold probably in the teens when you factor in the wind. Allenhurst was all buttoned up but I was glad to find the below structure which should make one local lady happy as this is one of her favorite spots. I fished Bradley until my fingers wanted to snap off. I drove north and hit Long 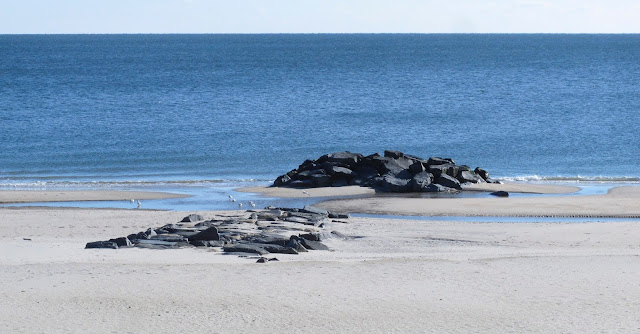 Branch. You can see the start of how notched groins get hallowed out at the beach end. Soon there will be a water pass through and a pocket on the north side, similar to the ones that were notched down south. I stopped at Pullman and bellied up, well drove up to the concrete divider. As I sat there I shot the shit with two guys that, while feeling stupid, admitted they swore they saw some fish active in the water. And, the said it wasn't water fowl. I shook it off until I went to Monmouth Beach and with a rod in my hand, I saw the same thing. The birds were around but not diving. I didn't see any bait. I thought it was an illusion. Water temps are above 40 and it has been a relative mild winter though.

I am thinking that if you were to catch a day where there is some white water, with the ebbing tide around first light, and the  air temps are enough to prevent frostbite, you would find that there are bass swimming around looking to eat. But, I stopped in December. 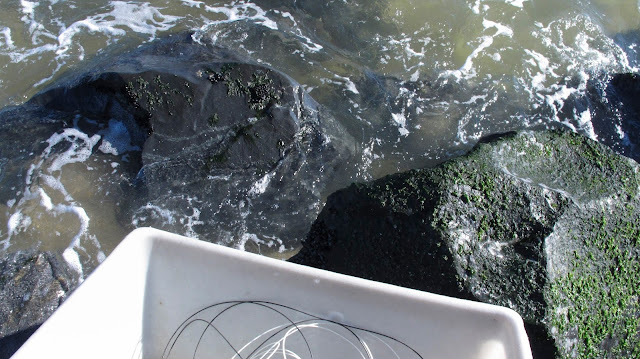 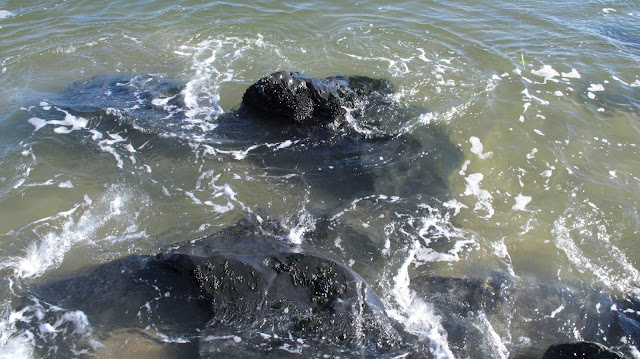 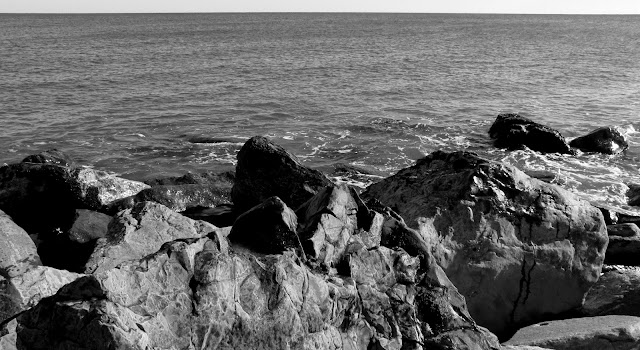 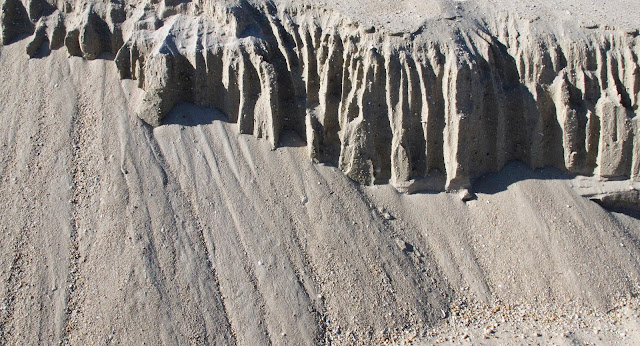 Posted by The Average Angler at 7:41 AM