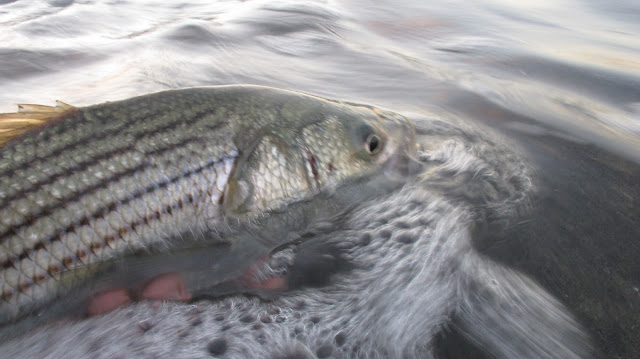 A few years ago I talked with local angler and fellow Asbury Park Fishing Club member Chris Buchta about having a catch and release tournament. There have been several catch and kill tournaments that have gone on forever along the Jersey Shore, with one hosted by the Asbury Park Club. There's some rivalry between the clubs, mostly healthy, and the members fish hard to give their club and edge over the other. 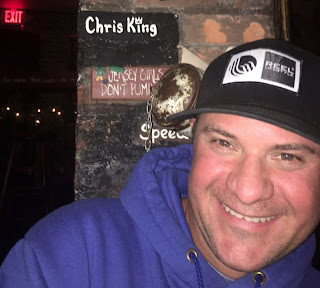 Each year I would raise my hand during the "New Business" portion of the APFC meeting and would gently suggest to long-time President and great guy Joe Ercolino that we run a Catch & Release tournament. After the laughter and quick one liners he would say, 'No". But I would try again during another meeting.

This year Chris went on to run, which is a ton of work, the Surfcaster's Inc. Fall Catch and Tournament.   This is a Facebook fishing group, made up of a lot of hardcore anglers, many of who have adopted a catch and release mindset when it comes to striped bass. Education, and a little peer pressure, has done well for the catch and release movement as of late.

When I saw this tournament I asked him about having a fly-fishing division, and he opened it up, but I couldn't get participant's in time for the registration before the start of the 8 week, then playoffs, tournament. Kudos to Chris and all of the anglers that participated.

For the next tournament I will reach out to Chris again and get some of the Jersey Shore flyrodders involved in this great event.

Some interesting stats that came out of the tournament-

316 keeper sized fish released, plus an untold plethora of short or slot fish