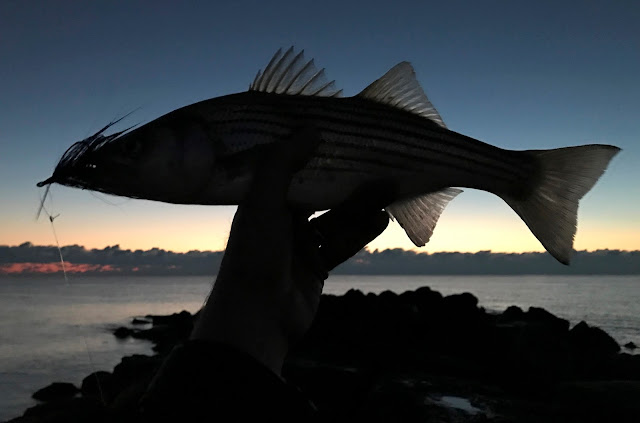 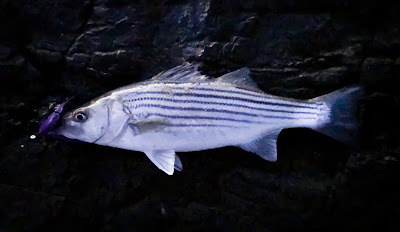 Chilly this morning at 27 degrees. West wind with the outgoing had things flat. Didn't see any ripples on the water where I was but did manage two as light arrived. Thought about staying but wanted to go hard north to see if any of those Hudson or Raritan Bay fish might be sniffing along the Hook. Nope. I did find a lobster claw, wonder if that's the hatch to match.

Headed south and found the life. Birds everywhere. Flying, picking, diving. Then I saw the bait, just about on the beach. Peanuts and lots of them. Problem is there wasn't anything on them. Walked down and had the camera out and made some cool images. 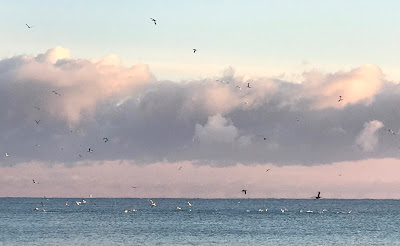 I met another spin/fly-rodder who was there the day before and had small bass so he brought out the fly rod today. The birds were on peanuts, that weren't pushed onto the beach, but just found there way there and were trapped between the bar and land.

The birds were hovering and picking and stealing peanuts from each other when one was lucky to score. I fished into and under the birds and outside the bar but nothing was doing. Saw about a dozen guys out and no one hooked up. If they stuck it out I bet something popped on the incoming in later afternoon. 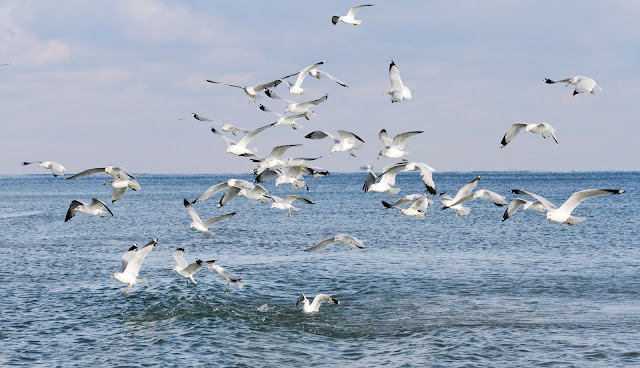 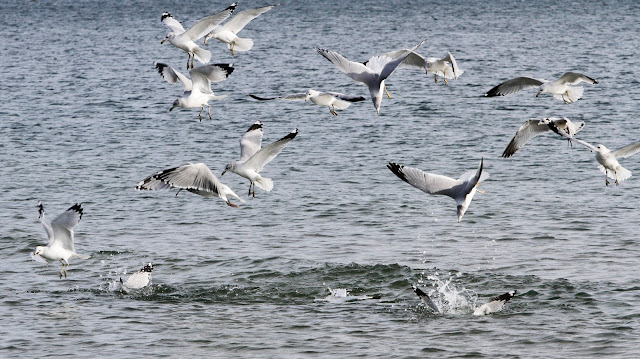 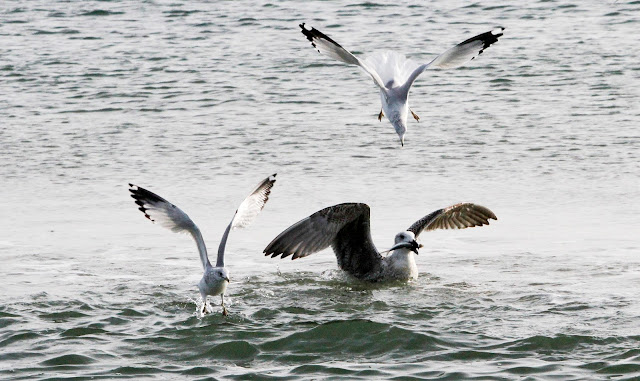 I jumped in the truck and went a big block north and figured I'd give it a look. As I walked up it was quiet, except a couple of birds sitting on the beach and floating in the water. I didn't see the guy in the corner pocket and he yelled over for me. He said, "The bait is here, and there's bass on them". He was livelining and no sooner was he hooked up. I just about hooked a baby bunker on every cast, and then finally hooked up casting behind the pod. While I was there the bait moved north about 100 feet, then as the tide flooded they moved back south, right back into the pocket, and the bass met them there. I managed another, but I was sure that I saw a few better blow-ups of the next grade class of fish. Probably schoolie to just under/at keeper size. I tried but couldn't get them to fall for the imitation, even after three fly changes. 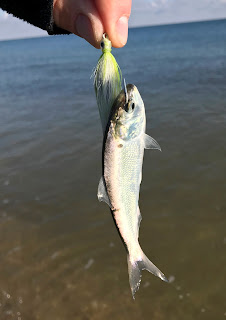 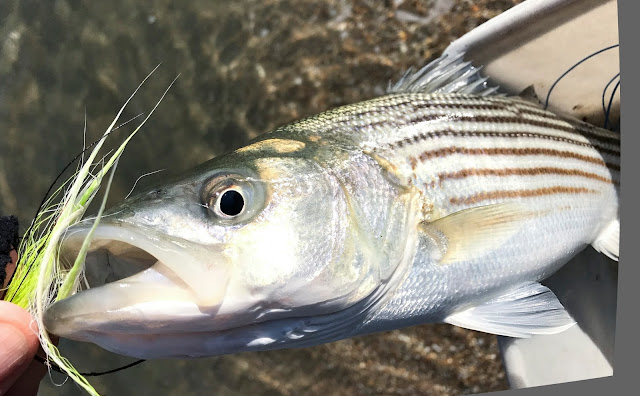 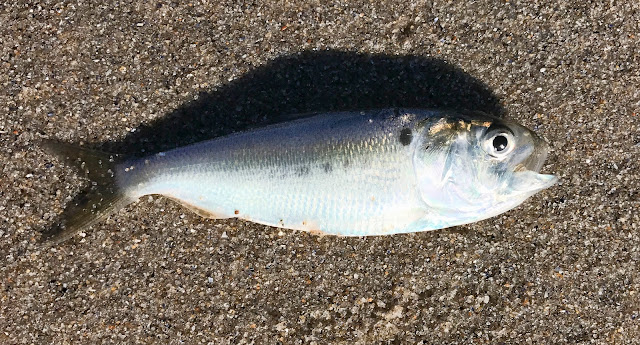 As I fished I noticed something over my shoulder that was interested in what I was doing. Once I threw him a peanut he stayed with me for the next hour. So as I hooked up after hooked up I would throw them on the beach for him. He must have had a dozen. I am surprised he was able to go airborne as he took flight when I left. Wish I coulda stayed to see what happened as the day got late, and boy would it have been some day if there were some good fish around. 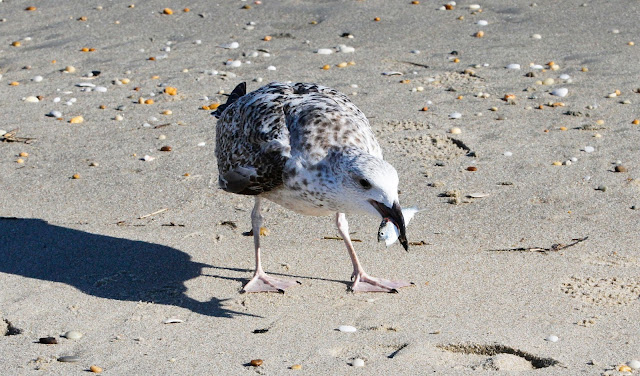 Posted by The Average Angler at 2:01 PM