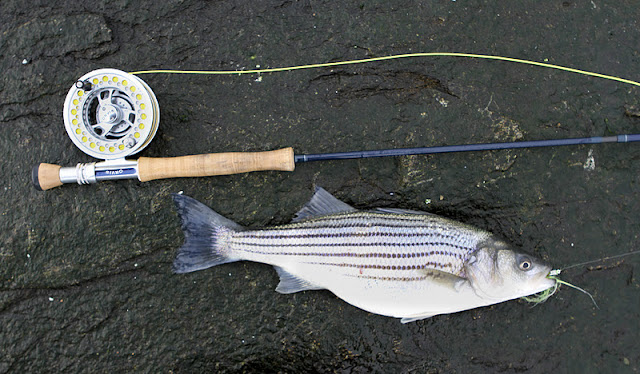 I had to do it. Even though I put away all my saltwater fly gear for 2011...I had to bring my new 7wt setup with me this morning just in case. I started out in Asbury Park around 630 at low tide. It was a balmy 49 degrees, and four anglers were at the end of the rocks. There was one keeper on the deck and some shorts that were back in the water. 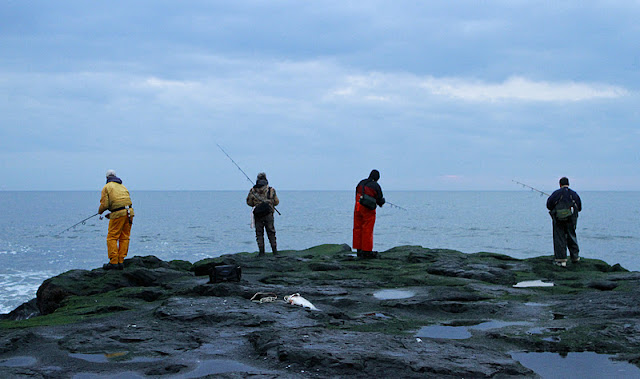 The water hadn't starting moving yet so I took a ride up to Monmouth Beach, to use the Johnny On the Spot (thank you Monmouth Beach), and then headed south. I stopped and fished the Fletcher Lake outflow and down near the Shark River Inlet without a bump. I didn't see anyone else fishing except in Deal and AP. Just as I was ready to call it a day about 8 o'clock I decided to give Deal a go. There were a bunch of cars in the lot, some were anglers and some surfers. I didn't think I would stay long but when I rounded the beach club and saw Brighton I found fly fisher Joe out mid rocks working the incoming tide.  Joe always makes for good pictures and the first I made while walking up towards him. 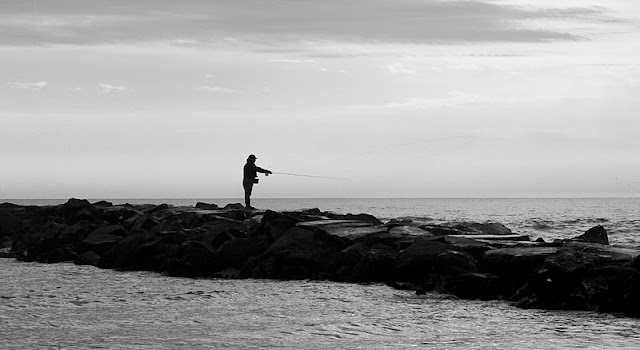 I was lugging around my work camera and my Orvis Hydros 7wt, with a floating line, a 4x tippet, and the fly I tied yesterday. Joe had already caught a few so I moved past him and gave it a go.
I concentrated tight to the rocks and hooked a nice fish that I saw grab it right before I lifted the fly out of the water. I had him on for a few good minutes and as I tried to climb down he spit the barbless hook, just as well as I would have busted my ass getting down to lip it. The 4x tippet isn't meant for lifting. Joe hooked up again and shortly I hooked up with a nice, fat, football size schoolie. They have been on fish at night, in the morning, and afternoon up and down this beat...

Tomorrow I'll try for the first striped bass of 2012. 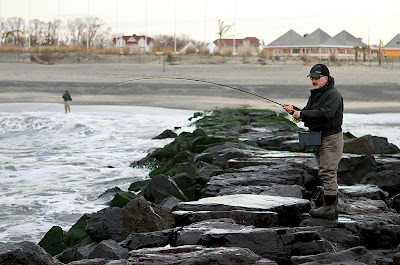 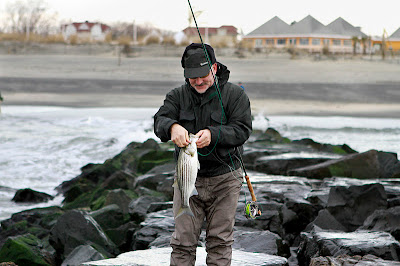