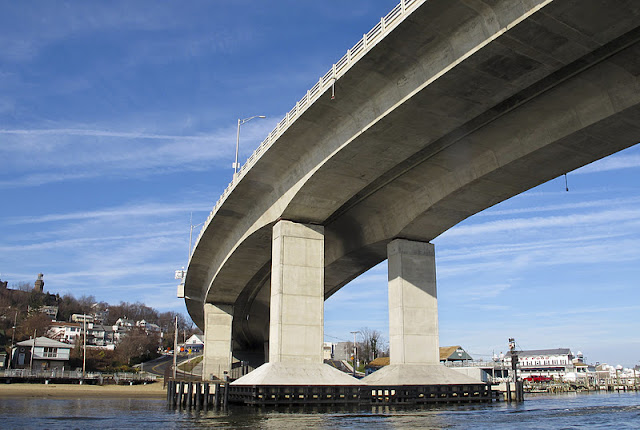 First, I had a kid home sick today, so my idea of taking the boat out into the great wide open was changed. I figured on leaving during the outgoing tide and returning on the incoming- nice easy work with the water outing. Todays the full moon so you know there's extra water or less water around at the tides. My idea was to put in at Little Silver and take a nice loonnnngggg ride out to the Hook or even over to Jamaica Bay. Well, we did put in at the park, but I decided to just take on last ride for the season out to Raritan Bay. It was pretty cold this morning and I had to chip the ice from the deck of the boat. My buddy came along and I turned over the wheel to him, it was like taking your kid along for a ride. 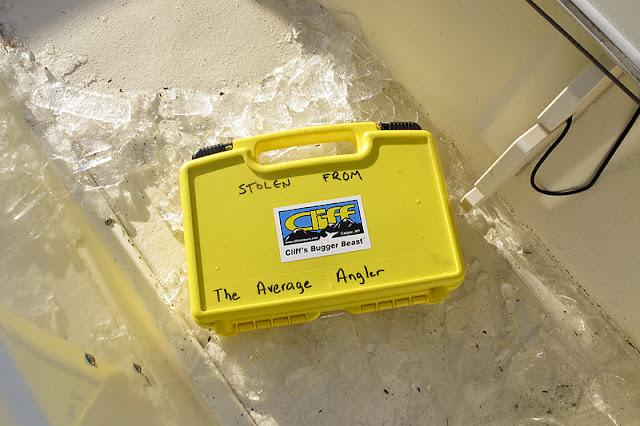 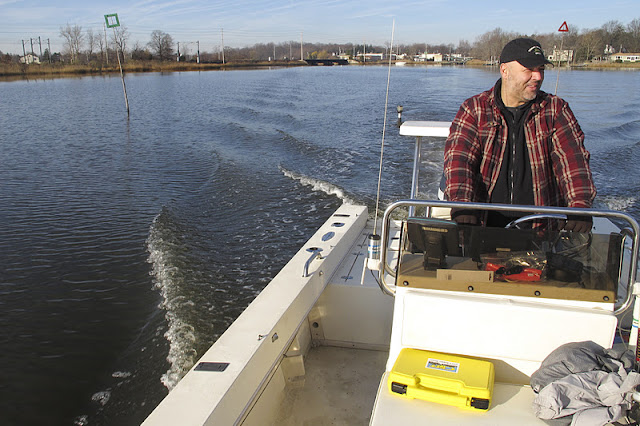 We went as far as the Highlands and turned around and worked against the grain to get back. It was nice to get out for one last time. After lunch at Pizzuto's in Eatontown we planned on going over to gateway Marine in Belford to get their take on the bottom paint situation with the boat. While driving on Route 35 we had a blowout and the tire stripped right off the rim. Luckily we were near Stafford tire and were able to borrow a jack from them and get two new tires on the trailer, not what I was planning to do with my money just weeks from Christmas. We did make it to Gateway and they'll be stripping the bottom and either polishing it or re bottom painting it.

So the boat is done for the season, it'll be off for winterizing and shrink wrapping and then the bottom work will get done in Juanuary. 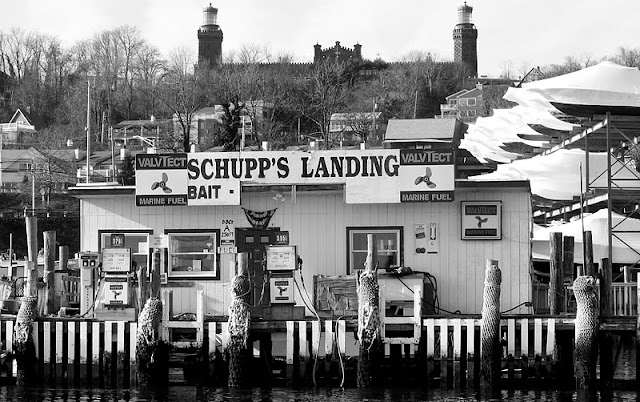 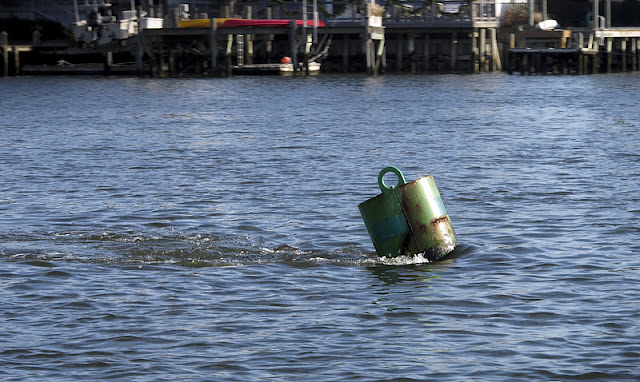 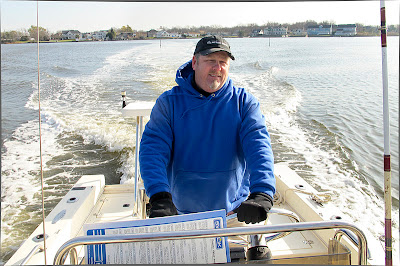 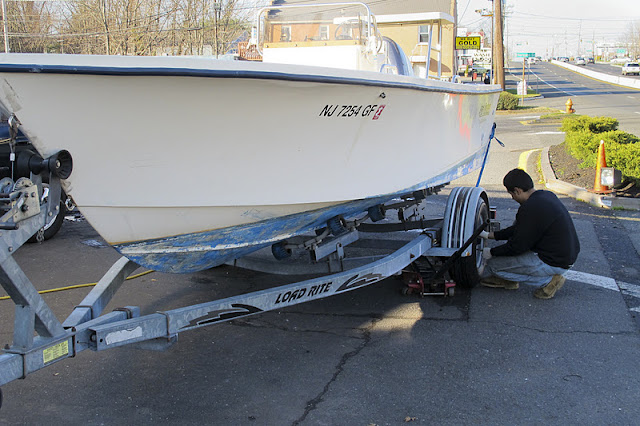 Posted by The Average Angler at 5:22 PM