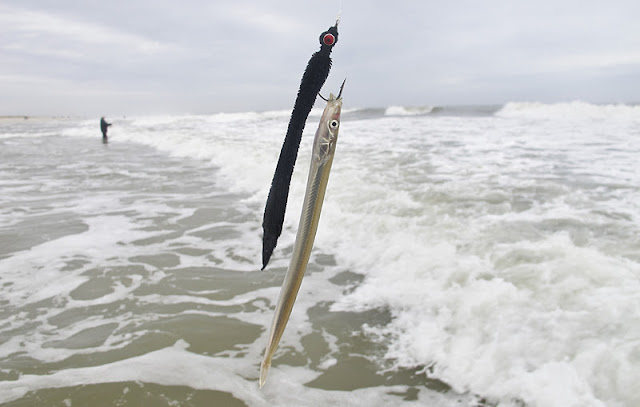 Had a few hours today in between work so I gave Deal a shot on the outgoing tide this morning. Made my way out to the end of the rocks and worked all around the tip and both sides back to the beach without a bump. Then I stopped by Allenhurst and made a few casts but the water was to low and it was annoying trying to keep the fly line out of the rocks. It was around 930 am and I decided to take the quick drive down to IBSP. I was there at Area 18 by 1020. 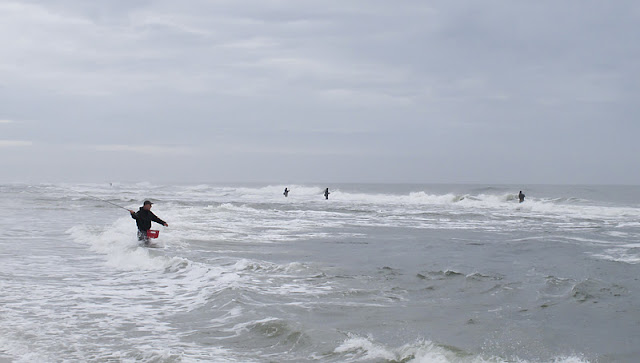 It was low tide and anglers were creeping out to the edge of the sand bar. Most were throwing metal but I was working a bowl with another fly angler and neither of us did anything. I did catch a nice fish, an ammodytes americanus, or sand lance or sand eel. The family name means "sand burrower", which describes the sandeels habit of burrowing to avoid tidal currents and predators. I hooked into several of these on my retrieve. There were several larger fish (striped bass) caught on metal way out on the other side of the bar. I watched as the tide came in and as anglers tried to hold their position for one more cast. This has definitely been the place to be this fall, the consistent fishing continues. 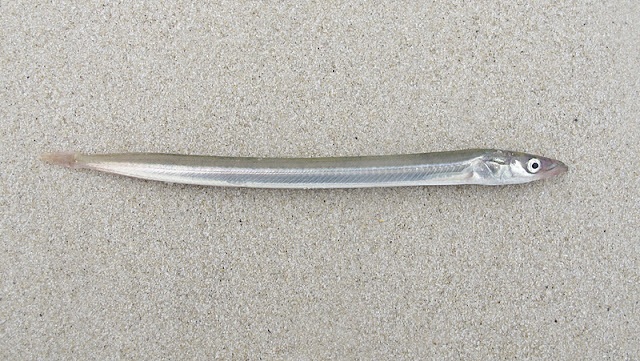 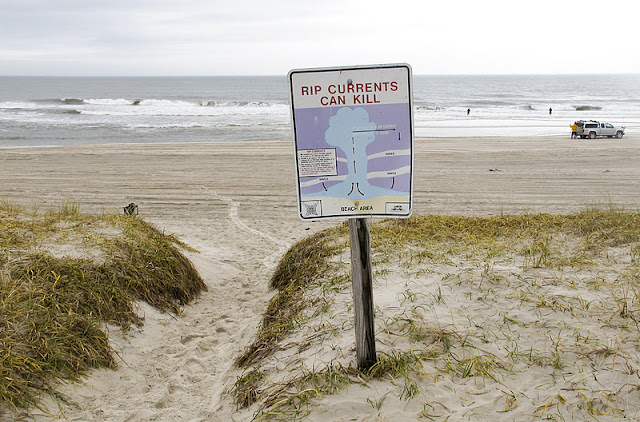 Posted by The Average Angler at 3:37 PM