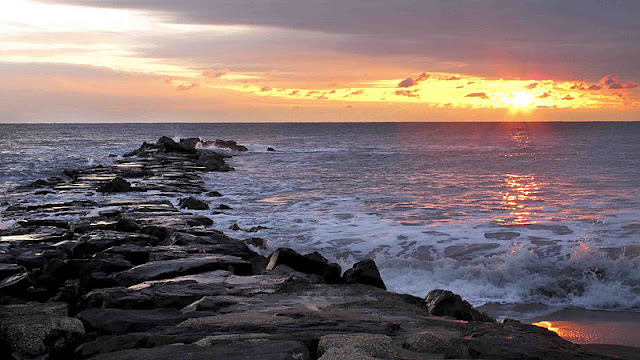 I don't know if Rich is a great fisherman or Ava's are just that good of a lure. I started out before first light and it was cold just around 32 degrees. The water was pretty flat just at slack tide and I worked a large  white Clouser along the rocks. Lots of guys out along the beaches in Deal. They were there before I got there and left before I did. Didn't see anyone hook up. Just as I was ready to go Rich shows up. I was convinced he wouldn't get anything and I let him know that. Somehow I was inclined to stay and sugject my hands to the biting cold. We started out onto the rocks and shortly thereafter he lets me know he's hooked up. He's got an Ava with a red tail on and lands a nice and fat just below the keeper mark fish.
We worked our way out to the end and he hooked up with two more schoolies. I concentrated close to the rocks and didn't move a fish. I think that today was my last day, but I have been saying that the last few days. Lot's of birds still around and gannets diving off in the distance. Bet there's even more of them around the Manasquan Inlet as the herring starts to pour out. 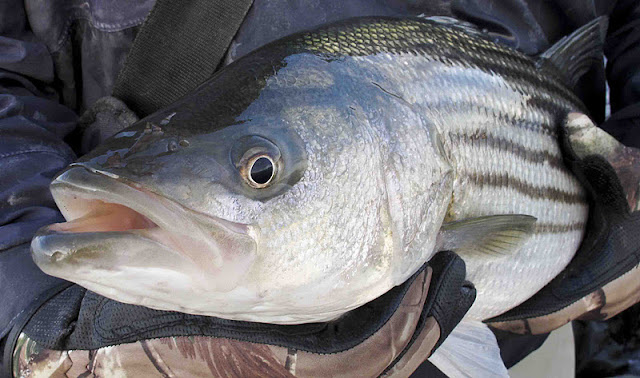 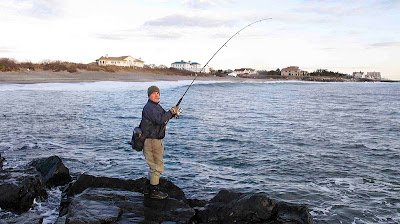 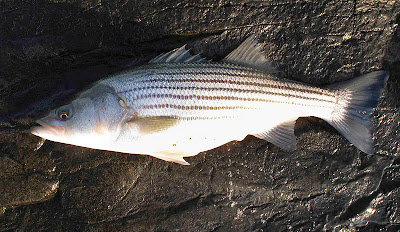 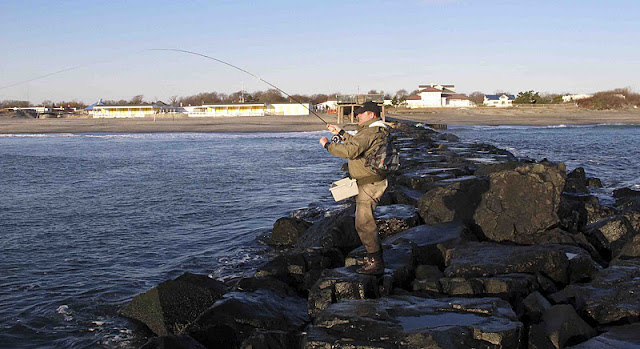 Posted by The Average Angler at 9:44 AM